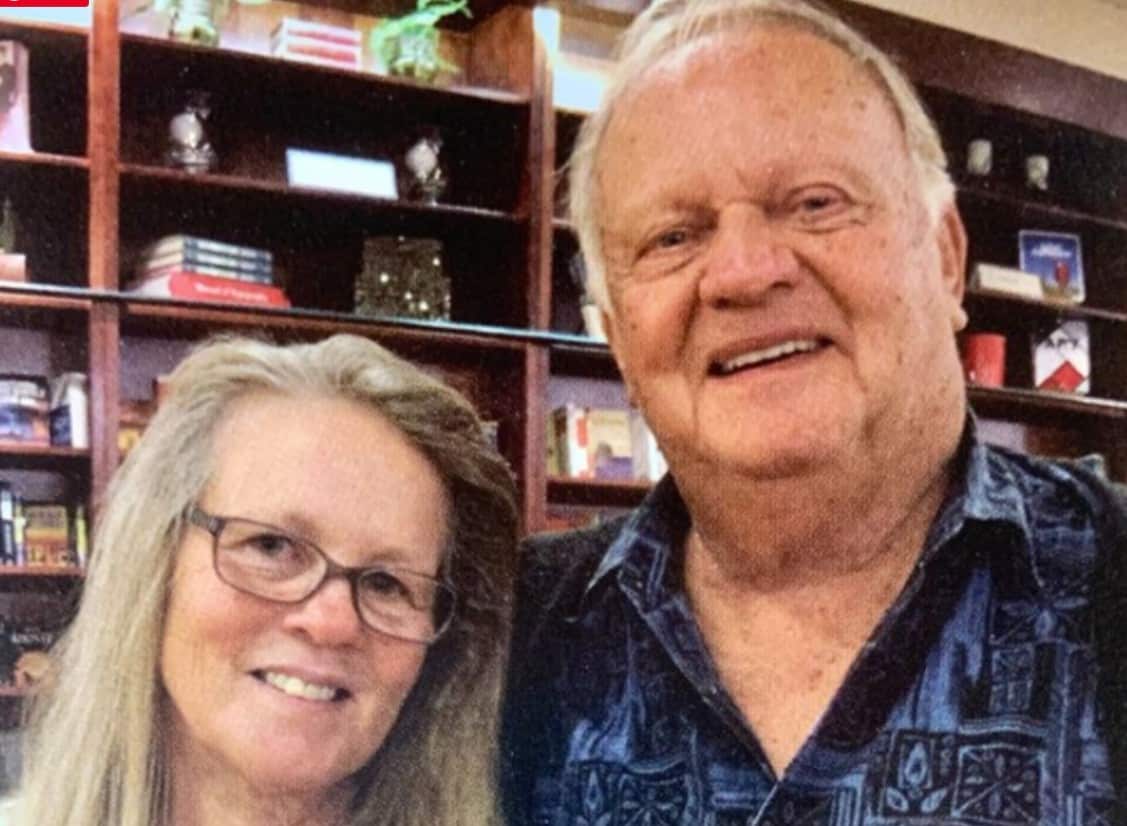 According to Judy, David died on December 1. She didn’t say what he died from, of course, but I got an email from someone with good authority that they were suffering from COVID. Now, David was 83 and had COPD, he didn’t have a whole lot of time left and something had to take him out.

I normally wouldn’t post this, but there is such irony that the woman from the COVID conspiracy movie that started it all, Plandemic, had her husband die from COVID, that I just had to post it.

I’ll admit, we don’t have an official announcement or confirmation that it was COVID, and honestly, he could’ve died of anything at 83, but we’ll let Judy find out about this and see if she denies it. If she does, then I’ll take this post down. Write me, Judy — [email protected]

Dr. Judy Mikovitz is either a pathological liar or a grifter or both. She’s essentially a failed scientist who blames Fauci and the medical establishment for targeting her and hiding her “truths” when the reality is that she published a couple of papers that were retracted because of errors and non-reproducibility.

Those papers were on HIV and the second tried to draw a link between Chronic Fatigue Syndrome and a mouse Retro-virus. The HIV paper was of no consequence, and the CFS paper was retracted.

So it appears she became bitter because of her failures and has since lashed out at Fauci and the medical establishment. That behavior came to a complete head with the “documentary” called Plandemic. Granted, this launched her into her grifting career and has been selling books and making paid appearances ever since.

But the damage that she’s caused has undoubtedly caused countless illness and death, and destroyed many families. Most of the memes being spread on Facebook, and ones we’ve seen here, have their origins in ideas presented in Plandemic, such as the meme saying that COVID was introduced as a way for the “Globalists” to control the population.

Science Mag does a great job debunking everything she says here: https://www.science.org/content/article/fact-checking-judy-mikovits-controversial-virologist-attacking-anthony-fauci-viral

So what has she done since Plandemic? Here are some posts from her Facebook:

She claims that Suramin, some medicine used for some kind of disease that causes blindness, is an antidote for the COVID vaccines.

She goes on the radical Stew Peters show…(we’ll probably be coving Stew on here sometime soon as he lives in Minnesota and we’re seeing tons of those people now)….

She’s proud to be part of a streaming service the ACADEMY OF DIVINE KNOWLEDGE that features the likes of David Icke, and RFK,jr. She’s one of them.

She likes Del Bigtree who we discussed some on Marcus Lamb’s SAV entry:

Well, here husband, David Nolde is dead from something:

People are asking if it was COVID though…
Again, I got a note a week ago saying he died of COVID, the death announcement just came out today. The fact that cause of death is hush hush makes one inclined to believe it was COVID.