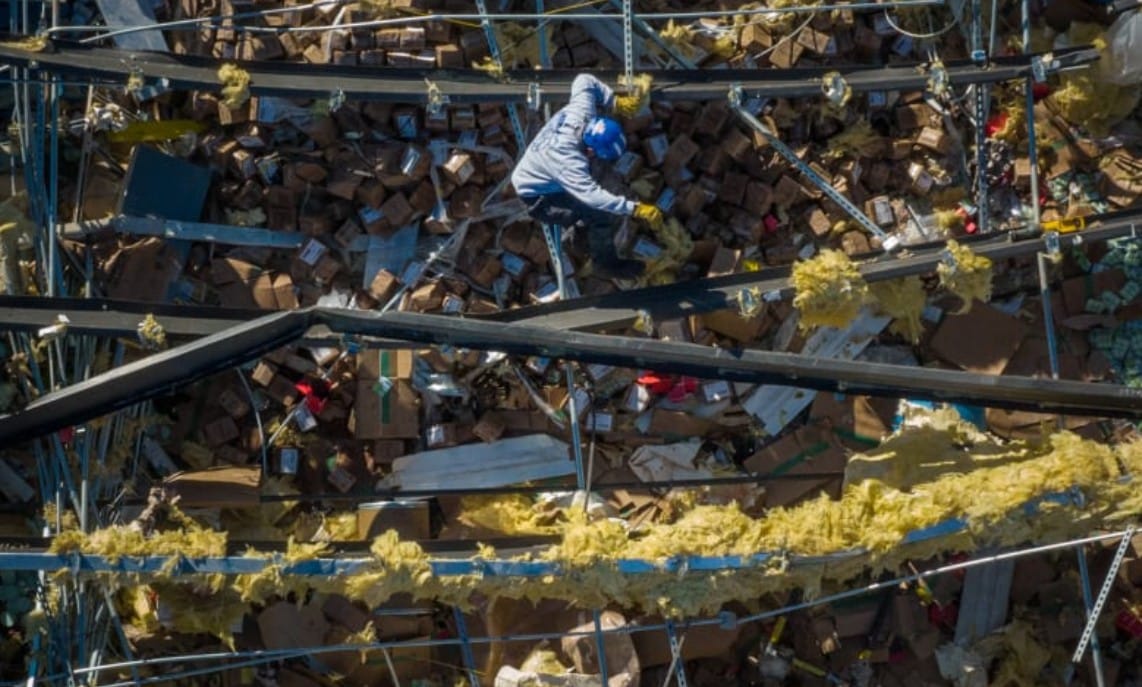 Some working in the factory were inmates from county jail, part of a payoff deal with the local sheriff…

[ Editor’s Note: Looks like this is a new form of management Merry Christmas come early. Now we will sit back and watch how quickly they bury the story in the fast moving news cycle we are in …Jim W. Dean ]

DB: As a deadly series of tornadoes bore down on Mayfield, Kentucky, on Friday, terrified workers at a local candle factory who tried to get out of the building and escape to safety were told they would be fired if they left early, according to NBC News.

At least four employees who spoke to the outlet said more than a dozen people begged supervisors to let them shelter at home, to no avail. “If you leave, you’re more than likely to be fired,” 21-year-old McKayla Emery said from her hospital bed. “I heard that with my own ears.” Still, as many as 15 workers left anyway.

8 people are dead and 8 are missing after a tornado hit a Kentucky candle factory, a company spokesperson said. State officials said they have not verified those numbers. https://t.co/1PjvFRtG5M

This candle factory was obliterated by tonight's tornado in Mayfield, Kentucky (my hometown).

People were trapped and a few still are I believe. pic.twitter.com/jgxcS8QhnH

At least eight people subsequently died inside the factory, which was completely destroyed by the twister. The company that owns the factory, Mayfield Consumer Products, denied the allegations.

Some people have thus far been confirmed dead from the horrific weather event—a number that is expected to rise, Kentucky Gov. Andy Beshear said Monday. Some 100 Kentuckians remain unaccounted for.