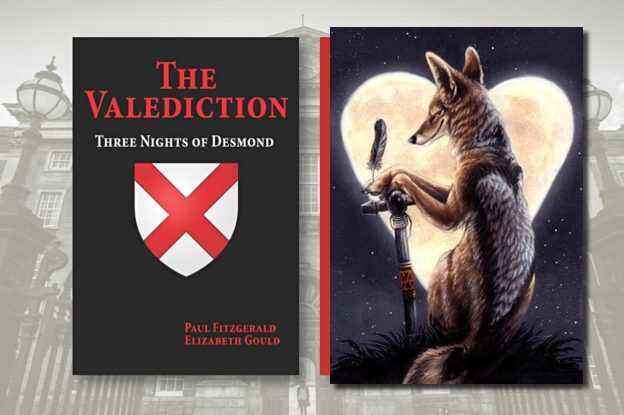 Book One – A Novelized Memoir – After 20 years of occupation, America’s silent retreat from Afghanistan’s Bagram Airfield in the middle of the night on July 5, 2021 marked the end of an era.

Born out of an obsession to give the Soviet Union its own Vietnam at the start of the Carter administration in 1977, Afghanistan grew over a decade into a neoconservative cause célèbre and the CIA’s largest covert operation in history.

President Reagan’s crusade against the Evil Empire set the stage for endless war by privatizing covert action and spawning an independent financial network that put the planet up for grabs to the highest bidder.

And with the breakup of the Soviet Union in 1991, the U.S. believed it had won control of the future.

In the summer of 1979 Paul Fitzgerald and Elizabeth Gould entered this epic story as journalists, and for over forty years witnessed first-hand how the U.S. transformed its Afghan trap “victory” into trapping itself in a second Vietnam.

Without realizing Afghanistan’s mythic dimension as the graveyard of empires, the United States must now come to grips with a whole new reality that is not just undoing the foundation of the American empire but undoing the concept of empire, itself.

The Valediction: Resurrection will be released in 2022. It combines The Ninth Gate and Field of Dreams, as it opens Paul’s mind to the unexplored role that the mysticism of Afghanistan played in drawing him into its vortex. That investigation begins with his search into the Fitzgerald family’s participation in the 12th-century Norman invasion of Ireland. The story comes full circle when Paul fulfills his deepest purpose by connecting the land of his Geraldine ancestors to the ground of Afghanistan in a personal and mystical way.

Jack Heart: Politicians and journalists have been fermenting world wars at least since the Relugas Three combined forces with William Stead and Alfred Harmsworth back in England to maneuver the world into a century of warfare. This type of global warfare should have ended with the twentieth century, but the devil himself stepped forward in the form of Zbigniew Brzezinski and personally put an end to détente.

Now over twenty years into the twenty-first century many believe war between the Anglo-American Empire and the Russo-Chinese Axis is inevitable if not imminent. In our ongoing effort to counteract the deleterious effect of media corporatization at the hands of the now clearly insane globalists, we continue to publish articles by real writers and journalists. Paul Gould and Elizabeth Fitzgerald are two of the very best.

They have been covering Afghanistan for forty years and are the only known journalists that I, having predicted how America’s war there would end ten years ago with the Shadow of Evil, deem fit to cover it.

They start with Brzezinski himself and his accomplice President Jimmy Carter.

Read more at: Guest Post: President Carter, Do You Swear to Tell the Truth, the Whole Truth, and Nothing But the Truth?

See also, the Deep Research Behind The Valediction Three Nights of Desmond