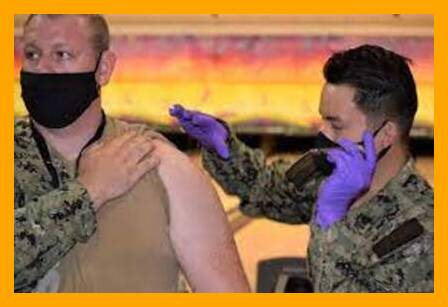 The Marine Corps has booted 103 of its members for refusing the Covid vaccine, the service announced on Thursday, even as all the military branches report that a vast majority of troops have gotten the shots.

The news comes the same day the Army announced that it has relieved six leaders — including two commanding officers — over the issue, and that almost 4,000 active-duty soldiers have refused the vaccine.

The moves come as the individual services begin the process of separating what could amount to thousands of troops who refuse the order to be vaccinated, a complicated undertaking that impacts everyone from newly enlisted service members to high-ranking officers in command of hundreds of personnel.

The vast majorities of each service have received their shots. The Army and Navy are each at about 98 percent, while the Air Force stands at 97.5 percent and the Marine Corps at 95 percent.

Approximately 72 percent of the U.S. population has been vaccinated.