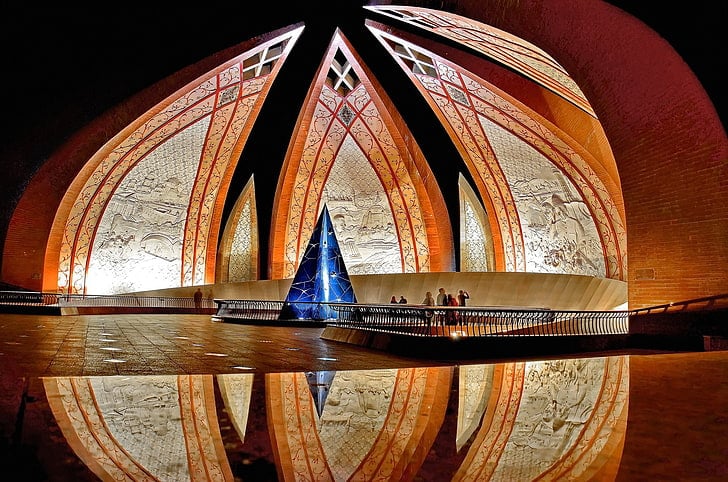 [ Editor’s Note: With all the current world chaos, we have been hearing almost nothing in mainstream media about Pakistan’s evolving geopolitical situation.

Sajjad has chosen this December 16th anniversary of Pakistan’s dismemberment to review some of the history for us, with the current backdrop of our seeing a huge effort to dismember Syria by the US, Turkey, Israel and some of the pretend Gulf States.

Pakistan is also on the frontlines of the continuing Afghanistan debacle, as Afghanistan swirls around the toilet bowl via its now proven inability to feed and run the country. Surprisingly, we have not seen any of the rich Muslim nations come in with cash and trained people to teach the Taliban how to come out of the Middle Ages and run a modern country.

As the only saying goes, “Be careful what you wish for”. The Taliban wanted the US out and got its wish. But the US is not really out. Hundreds of millions in US food aid is still going in, with little news about that irony, when we are drowning in red ink at home while our own American form of the Taliban, the Trumpers, are also wanting to take over the country by any means possible.

The latest figure I heard from the Biden administration which shocked me to the core, was that $5 billion would be needed to ‘resettle’ the Afghans brought here. I did not see a whimper of outrage domestically over that $5 billion not going to American citizens who are under stress here. Thus ends my cheery missive for today… Jim W. Dean ]

December 16th is the day of tragic memory when Separation of East Pakistan:

In this regard, Sheikh Majibur Rahman was already biased against the West Pakistan and started misguiding the people of the East Pakistan. When in 1948, Quaid-e-Azam Muhammad Ali Jinnah addressed Dhaka University; he declared that Urdu would be national language of the country. Majib stood up and said emotionally that Bengali should also be national language.

RAW’s well-paid agents had activated themselves in the East Pakistan in the 1960’s so as to dismember Pakistan.

In this context, Asoka Raina in his book, ‘Inside RAW: The Story of India’s Secret Service’, disclosed: “Indian intelligence agencies were involved in erstwhile East Pakistan…its operatives were in touch with Sheikh Mujib as the possible ‘Father’ of a new nation-Bangladesh, who went to Agartala in 1965.

The famous Agartala case was unearthed in 1967. In fact, the main purpose of raising RAW in 1968 was to organise covert operations in Bangladesh. Indian army officers and RAW officials used Bengali refugees to set up Mukti Bahini.

Using this outfit as a cover, Indian military sneaked deep into East Pakistan…the story of Mukti Bahini and RAW’s role in its creation and training is now well-known…RAW had established the network of a separatist movement through ‘cells’ within East Pakistan and military training camps in Indian territory adjoining East Pakistan…carrying out acts of sabotage against communication lines so that Indian forces simply marched in at the ‘right’ time…conducting unconventional guerrilla acts against the Pakistani defense forces.”

It is mentionable that before the 1971 war, Mujibur Rahman had announced a separate national flag for East Pakistan in his six points which also included that currency of the East Pakistan should be different along with a separate military.

His six points created prejudice among the Bengali people against the West Pakistan. The famous slogan, during his addresses and rallies was, “Punjabi dogs go back.”

Notably, since Prime Minister of Bangladesh, Sheikh Hasina Wajid came into power; New Delhi has been employing various tactics to entrap Bangladesh by exploiting her pro-Indian tilt against Pakistan and even against the people of Bangladesh.

In this connection, after passing of 42 years to the events of 1971, Abdul Qadir, the leader of Jamaat-e-Islami (JI) was hanged because of his loyalty to Pakistan. Executions of Mujadid and Chaudry of JI were also part of the same scheme.

Ironically, Awami League’s so-called nationalism is based on fabricated figures about the killing of three million Bengali people by the Pakistan Army in 1971. It was not authenticated by independent researchers.

While, a famous Bengali journalist Sarmila Bose authored a book, “Dead Reckoning: Memories of the 1971 Bangladesh War” after thorough investigation. She terms the number, a gigantic rumour. Richard Sisson and Leo E. Rose in book titled, “War and Secession: Pakistan, India and the Creation of Bangladesh” clearly pointed out that figures about so-called genocide were Indian purported.

Instead, it was due to Mujib’s instigation that besides Punjabis, Bengalis had also tortured and killed Biharis, Pashtoons and Balochis, while their women were raped.

He elaborated that former prime minister Atal Bihari Vajpayee had played an active role in separating Bangladesh from Pakistan, and he had also come to Delhi in 1971 to participate in the Satyagraha Movement, launched by Jana Sangh as a volunteer to garner support for the Mukti Bahini members.

At present, Prime Minister Modi is implementing the same conspiracy especially against Pakistan’s Balochistan province where RAW is supplying arms to the separatist elements and is encouraging the anti-Pakistan Baloch leaders to continue opposing the federation of Pakistan.

Pakistan’s Armed Forces and primary intelligence agency ISI have successfully broken the backbone of the foreign-backed terrorists. Peace has been restored in Balochistan and Karachi, including other vulnerable regions.

But, in the recent past, terrorist attacks in Pakistan’s various provinces, particularly in Balochistan show that external spy agencies, particularly RAW want to damage the China-Pakistan Economic Corridor (CPEC) which is part of China’s One Belt, One Road (OBOR) initiative or BRI.

In this respect, in November, 2020 at a joint press conference and a joint press briefing, Director General (DG) of Inter-Services Public Relations (ISPR) and Foreign Minister Shah Mahmood Qureshi unveiled a dossier containing “irrefutable evidence” of India’s sponsorship of terrorism in Pakistan.

It is noteworthy that the country’s security agencies arrested the terrorists involved in a blast which occurred on June 23, 2021 near the banned Jamaat-ud-Dawa chief Hafiz Saeed’s house in Johar Town, Lahore. Addressing a press conference, Punjab Inspector General of Police Inam Ghani provided details of the blast and proved that the mastermind behind the blast was an Indian citizen, having clear links with RAW.

Foreign Minister Qureshi pointed out that if the international community had taken timely notice of Islamabad’s concerns over New Delhi’s involvement in terrorist activities across Pakistan, Lahore’s Johar Town blast and several terrorist incidents in Balochistan would not have taken place.