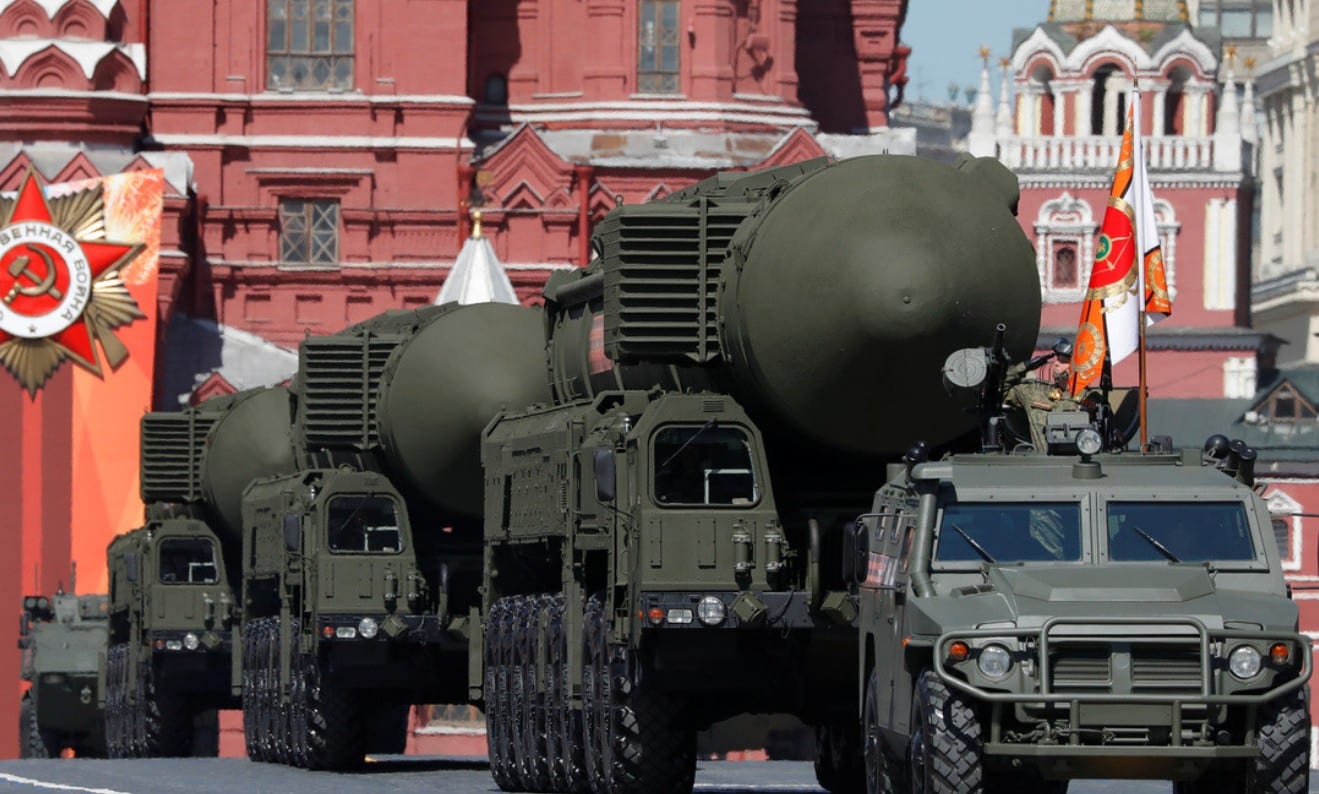 RT: Belarus could decide to host Russian nuclear weapons on its territory amid growing tensions with the West and fears of a NATO buildup in neighboring states, specifically Poland, Minsk’s foreign minister has warned.

“As President [Alexander] Lukashenko said, we are considering the possibility of deploying nuclear weapons on the territory of Belarus as one of the potential responses to future possible actions by the NATO bloc on the territory of Poland,” Belarusian Foreign Minister Vladimir Makei told RT Arabic in an exclusive interview on Friday.

In late November, Lukashenko floated the idea as an option if US atomic missiles were to be deployed deeper into Eastern Europe.

“I will suggest that [Russia’s President Vladimir] Putin return nuclear weapons to Belarus,” Lukashenko stated, adding that “those nuclear armaments would be the most effective” deterrent.

Shortly after the collapse of the Soviet Union, Belarus joined the Treaty on the Non-Proliferation of Nuclear Weapons (NPT), voluntarily giving up the nuclear weaponry it inherited. The remaining systems were transferred to Russia by late 1996.

Belarus has other, less dramatic options to retaliate against the hostile moves by the West, Makei stated, with economic measures also on the table. He reiterated the idea of stopping the transit of natural gas for the Western European market from going through the country’s territory.

“It is just one of the possible responses to the sanctions that the West has imposed against Belarus,” he said.

The relationship between Belarus and the West rapidly deteriorated after the country’s August 2020 presidential election and mass protests that followed. The EU has refused to recognize the outcome of the vote, in which Lukashenko secured a solid win according to the official tally. It has also targeted select officials with sanctions for “violence” and the alleged “falsification” of the results

Ties have deteriorated even further over the past few months, after Minsk said it had opted to stop turning back migrants seeking to reach the EU in retaliation for the sanctions imposed by the bloc. The EU, in turn, accused Belarus of artificially stirring up illegal migration as a part of its alleged “hybrid warfare” against the bloc, a charge that Belarus has consistently denied.

Minsk’s move has resulted in a particularly heated situation at its border with Poland, with hundreds of people trying to get into the EU by force. Poland deployed a massive number of police officers and soldiers in response, seeking to prevent illegal entries. Currently, some 1,000 illegal migrants still remain on Belarusian soil, according to the country’s foreign minister.