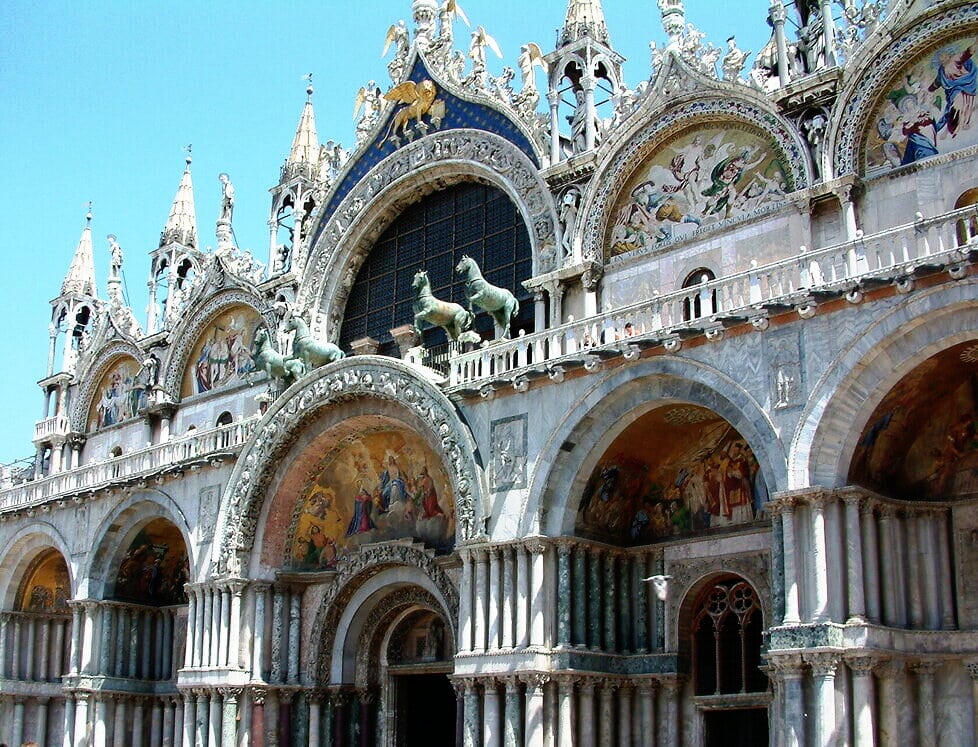 The Malice Merchants and the Immortal Array

by Mike Kay, via Jack Heart

The damage currently being inflicted upon mankind is not some simple state of soul loss, but something far more sinister.

As Above, so below

As below, so above
-The Emerald Tablet

Excerpt: The formula was to be a new religion focused on divine punishment, and spiritual reward for endless toil. A widespread theft of land, and reduction of free citizens to landless peasants, was the hallmark of the new political face of the empire; also known as feudalism. The emperor, now head of both church and state, wielded absolute power within its borders. From this cooking vat emerged a dark age that lasted over 1,000 years. This matrix of absolute power featured a multi-pronged attack upon the European people, one that continues in slightly altered form to this day.

[ Editor’s Note: Avowed followers of religions often search for universal themes so they can make sense of their world and tie together diverse world views, for the purpose of holding the center. It’s a human condition to want to seek consensus on ideas. To this end I am posting a rather involved stream of consciousness by Mike Kay, occasional contributor to Jack Heart, for your enjoyment. You might have to read it in parts, as I did. Start it before lunch and finish it after lunch. That sort of thing. Erica P. Wissinger ]

The science of emanation is an old one, spanning back to before the emergence of the written word. Megaliths spread across Europe follow the unfolding of light and sound and time. This competency is echoed with the rock art found within and around such structures. Unfortunately, much of this knowledge has been lost to modern man, and as we shall discover, this is hardly by mistake. Modern man, led by a global trend towards the rejection of everything human, is actually arrogant in his lack of any useful theory of creation.

The inability of science to accurately address the conditions of life and manifestation, together with its own retreat from the public sphere, has left modern man to grapple with the unhappy predictions of Mikhail Bakunin.

Mr. Bakunin wrote that a society, in this case our own, is doomed to be diminished and stifled by the application of science it can neither use nor understand. Such a state condemns mankind to a death spiral into “the lowest orders of idiocy”. No less a figure than science’s favorite TV prophet, Carl Sagan, restated Mr. Bakunin’s prediction for, you guessed it, the TV audience by agreeing with the prediction of a descent into stupidity and doom.

One might ask, with the end of science and reason, and their capacity to address fundamental issues, as delineated in our previous piece Reality Shift, where do we go from here? After all, the exposing of the manifest of science as something beyond inadequate leaves quite a void. The next natural candidate still left standing in the implosion that once was a society is, of course, religion…..

Emanation is a science, because it is a model by which repeatable and immeasurable phenomenon are made known.

The flow always carries with it the desire to return, and it is this desire that forms the foundation of all true mysticism, from this time to all time. Metaphorically, emanation is a series of immense waterfalls, each one after the other, carrying the flow away from source, the steps, further and farther into the depths of darkest matter.

Thus, there is nothing in this sphere of manifestation that is truly cut off, abandoned in some inescapable nightmare to exist purely by itself, without cause or correspondence to a greater reality. There is no equilibrium, there is no closed circuit, and there is no life devoid of the divine imperative. Source is, in effect, an unknowable flow, which contains all possibility, all potential for manifestation.

This manifestation is directly centered on the most independent life form in the pool of DNA, mankind. …

[ Editor’s Afterword: As people reach out to others with holiday cheer, if or when that cheer is rebuffed, it can be difficult for the sender. The divine spirit of Christ, as presented to biblical readers, never spread hate or negative thoughts in the face of rejection. To become like Him entails following in that tradition, even at this season. ]