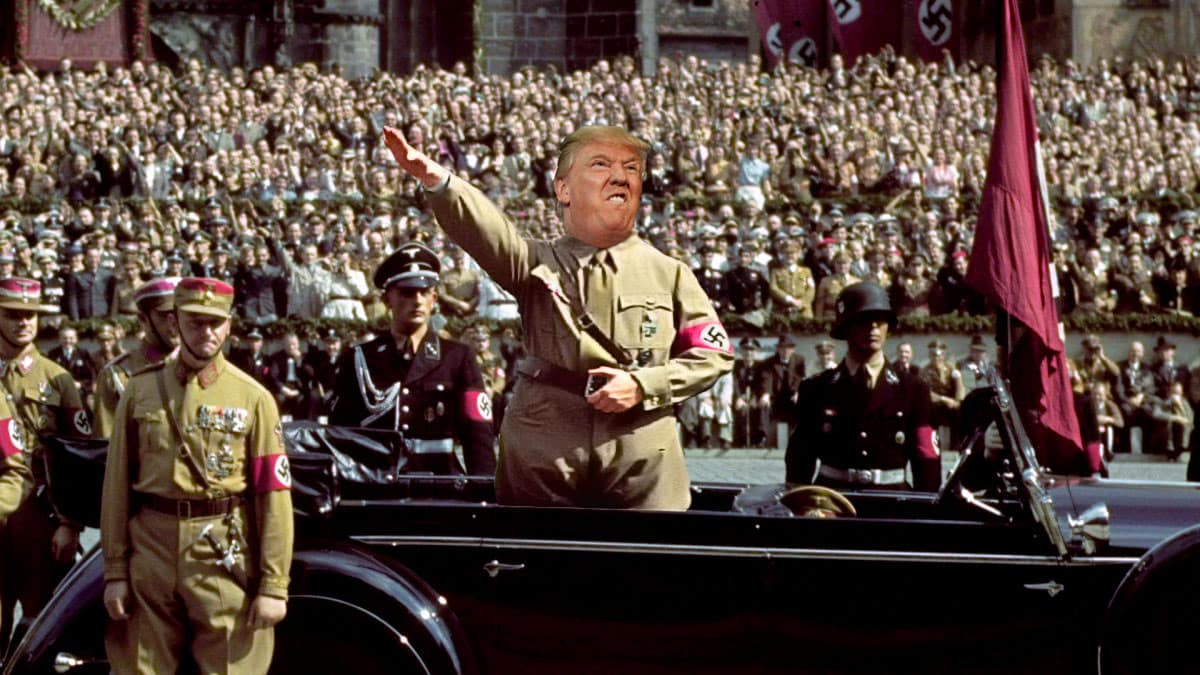 Should Donald Trump be tried for treason? That is one takeaway from Trump’s bizarre interview with Israeli journalist Barak Ravid, during which Trump lamented that Israel’s “absolute power over Congress” had declined during the Obama administration.

Trump succeeded Obama as the US president. If we take Trump at his word, we have to assume that Trump tried to re-establish Israel’s absolute power over Congress.

The fact that helping foreign countries gain power in Congress is treason is beautifully illustrated in Greg Iles’s novel Cemetery Road. The plot hinges around an act of treason by a group of corrupt Mississippi businessmen who plot to sell a US Senate seat to the Chinese government in exchange for China building a paper mill in their part of the state.

As Iles’s well-researched novel convincingly explains, the businessmen who sell the Senate seat to China are committing treason under US law. But giving a foreign nation control of 1% of the Senate (equaling .5% of Congress) pales into insignificance compared to what Trump was doing: helping Israel re-assert “absolute power” over the American legislative branch.

The crooked Mississippi wheeler-dealers would spend life in prison if they were caught selling a Senate seat to China. So, what punishment should Trump expect for his vastly worse crime? The answer is obvious: He should be hanged from the neck until dead.

Yes, Trump is a traitor. But that doesn’t mean he doesn’t occasionally tell the truth, if only by accident. During the Ravid interview, Trump inadvertently blurted out unmentionable truths about the outrageous power of the Jewish lobby, which has hijacked not just the legislative branch, but the whole US government, in part due to its stranglehold over the media. Trump pointed out that “they’re Jewish people that run The New York Times,” eliciting a hysterical string of denunciations by Jewish journalists who write for the Jewish-owned outlets of the “American” media.

The Huffington Post, for example, published an article by Sara Boboltz headlined “Trump Bandies About Anti-Semitic Tropes In Interview With Israeli Reporter.” Boboltz accused Trump of making “a jaw-dropping series of anti-Semitic claims about Jewish Americans controlling institutions of government and media.”

In fact, Jewish Americans do utterly dominate American media, despite their being only 2% of the population. Philip Weiss, a former New York Times reporter, estimates that a majority of his bosses and colleagues at mainstream media outlets were fellow Jews, most of whom were—contrary to Trump’s claims—loyal to Israel and dedicated to covering up its crimes. Weiss’s article “Do Jews Dominate American Media? And So What If We Do?” thoroughly rebuts Trump’s absurd claim that the Jews who run American media are disloyal to Israel. On the contrary, they support Israel, though the majority don’t much care for the ultra-genocidal Likud lunatics that Trump loves.

The Jewish lobby has a disproportionate influence over the US government as well as the media. Sociologist James Petras’s book The Power of Israel in the United States explores how dozens of Jewish billionaires, thousands of Jewish millionaires, and hundreds of thousands of rabid Jewish foot soldiers have terrorized the United States into submission to the will of Israel. No well-informed person would dispute Trump’s claim that Israel has something close to absolute power over the US Congress, thanks to its vast outlays of bribes, euphemistically described as “campaign contributions.

Those interested in the history of Israel’s takeover of the United States should begin by reading Laurent Guyenot’s books JFK-9/11, The Unspoken Kennedy Truth, and From Yahweh to Zion. Guyenot makes a strong case that Israel (including its assets in the CIA and other parts of the US government) was behind the assassination of John F. Kennedy and his brother Robert. Following up on Michael Collins Piper’s book Final Judgement (read it online here), Guyenot shows how JFK was dedicated to forcing the Jewish lobby to register as foreign agents, taking currency creation out of the hands of private bankers, and shutting down Israel’s nuclear program. According to Guyénot, Kennedy butted heads with David Ben-Gurion and the Kosher Nostra and suffered the consequences.

Guyénot also makes a strong case for Israel’s authorship of the 9/11 attacks on the World Trade Center and the Pentagon. The 9/11 “new Pearl Harbor” stampeded the US into a series of wars whose only beneficiary was Israel.

So, in defense of Donald Trump, he is far from the only traitor. Since the 1963 and 2001 coups d’état, America’s leadership has collectively committed high treason by allowing the perpetrators to literally get away with murder—and rise to a position of complete domination of the once-proud USA.

So when “MIGA” (Make Israel Great Again) Trump finally swings from the gallows tree, he should have a whole lot of company.

*Kevin Barrett is an American author, journalist, and radio host with a Ph.D. in Islamic and Arabic Studies. He wrote this article for the Press TV website.