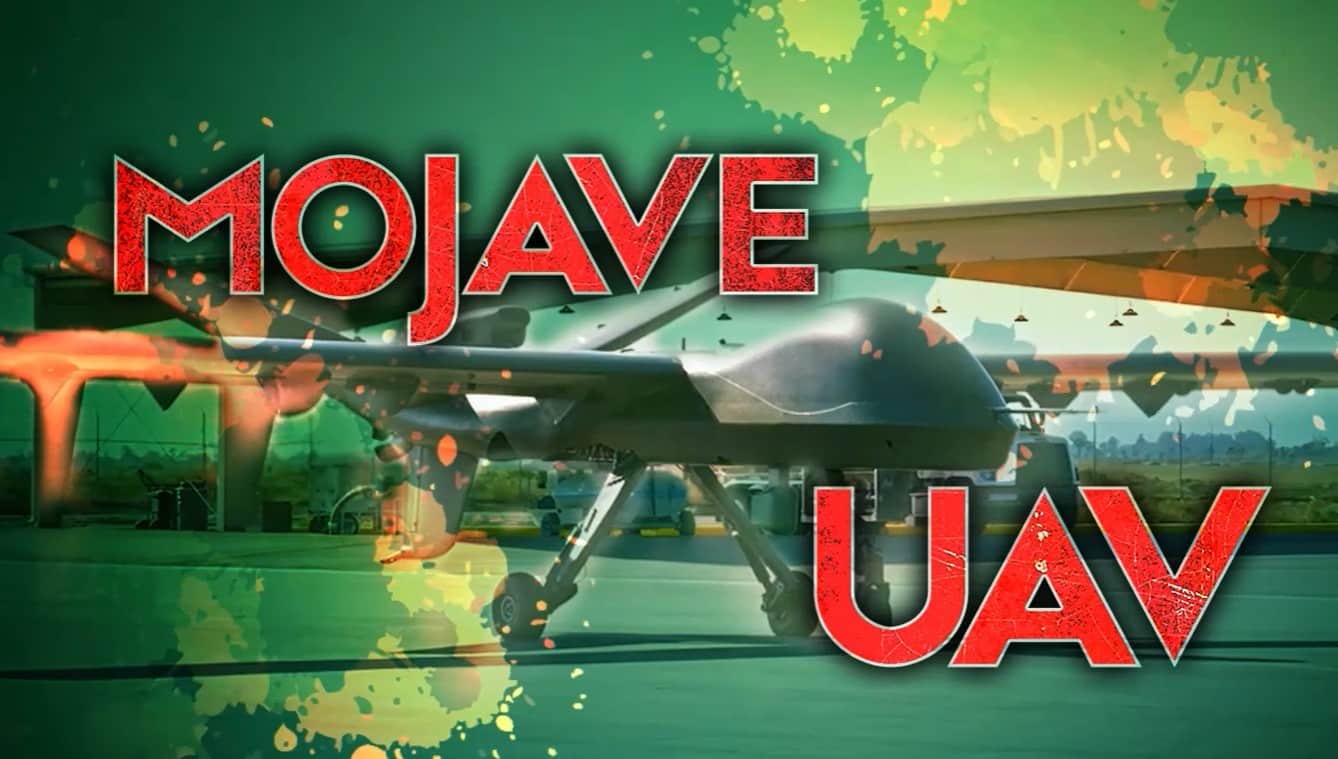 Mojave is a new drone, which represents an advanced model of the well-known aircraft of this company MQ-9 Reaper and MQ-1C Gray Eagle-ER.

Mojave essentially takes a company’s Gray Eagle fuselage and adds enlarged wings with high-lift devices and a Rolls Royce 450-horsepower turboprop engine. The unmanned aircraft system is based on the avionics and flight control systems of the MQ-9 Reaper and the MQ-1C Gray Eagle-Extended Range.

Thus, it is capable of handling much greater payloads, taking off and landing using short, undeveloped surfaces. Mojave has improved take-off and landing characteristics due to the installation of a new wing with advanced mechanization and reinforced landing gear, which makes it possible to fly from unequipped sites, including advanced basing.

General Atomics tried to challenge the VTOL capacity with a useful load of sensors or weapons. However, the mission was claimed to be impossible.

During the tests, Mojave took off and landed from a less than 500 feet long platform. With a minimum take-off weight, it allegedly may achieve a take-off and landing distance of less than 300-400 feet. Mojave is also capable of flying from an aircraft carrier without the catapults and aerial finishers.

At the same time, Mojave’s payload capacity is 3,600 lbs. Having seven suspension units, it can carry up to 16 Hellfire missiles or similar munition. Other payload options are electro-optical/infrared system, synthetic aperture radar/ground moving target indicator system and signal intelligence.

Flight tests of the first Mojave prototype were carried out in the summer of 2021.

The U.S. Special Forces are supposed to be the main customer of the unmanned aircraft systems Mojave, as the General Atomics hopes that the US Armed Overwatch program will include UAVs for close air support, precision strike and ISR missions.

Mojave will also be presented to potential foreign customers in the near future.