Home World The Creators of Communism 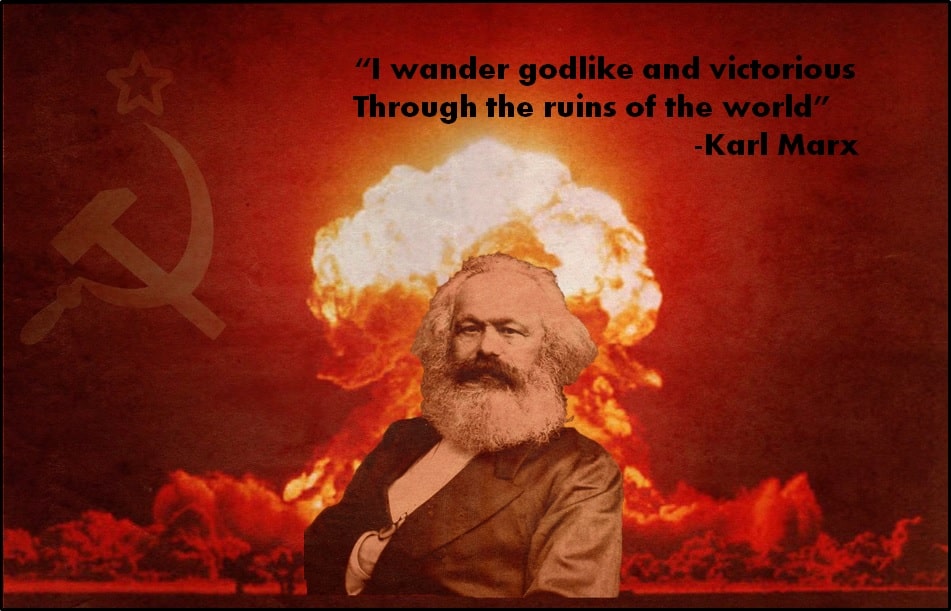 JEA: Long before David Duke published The Secret Behind Communism (in 2013), which I think is a good read, Maurice Pinay published The Plot Against the Church in 1962. The book certainly was ahead of the curve, for it methodically and scholarly describes the key players behind the communist ideology.

In my opinion, Pinay’s assessment is congruent with what Winston Churchill wrote in “Zionism vs. Bolshevism: The Struggle for the Soul of the Jewish People.” Churchill, a thorough Zionist, did not hesitate to say that Bolshevism and all its offshoots were “diabolical.” Churchill declared:

“From the days of Spartacus-Weishaupt to those of Karl Marx, and down to Trotsky (Russia), Bela Kun (Hungary), Rosa Luxembourg (Germany), and Emma Goldman (United States), this world-wide conspiracy for the overthrow of civilisation and for the reconstitution of society on the basis of arrested development, of envious malevolence, and impossible equality, has been steadily growing.

“It played, as a modern writer, Mrs. Webster, has so ably shown, a definitely recognizable part in the tragedy of the French Revolution. It has been the mainspring of every subversive movement during the Nineteenth Century; and now at last this band of extraordinary personalities from the underworld of the great cities of Europe and America have gripped the Russian people by the hair of their heads and have become practically the undisputed masters of that enormous empire.”[1]

The following excerpts are from chapter 2 of Pinay’s The Plot Against the Church. I did not feel it was necessary to place Pinay’s sources here because they are mostly in French and Spanish.

There is absolutely no doubt, that the Jews are the inventors of Communism; for they have been the instigators of the dogma, upon which that monstrous system is built, which at present with absolute power rules the greatest part of Europe and Asia, which stirs up the lands of America and with progressive certainty floods over all Christian peoples of the world like a deadly cancerous growth, like a tumour, which steadily devours the core of the free nations, without apparently an effective means of cure being found against this disease.

But the Jews are also the inventors and directors of the Communist methods, of effective tactics of struggle, of the insensitive and totally inhuman government policy and of aggressive international strategy. It is a completely proven fact that the Communist theoreticians were all Jews, unheeded of what system the Jews lastingly use, as well as the theoreticians and the experienced revolutionaries, which has veiled from the eyes of the people, where they lived, their true origin.

However theoretical all Jews mentioned may have been, they were not satisfied with setting up the doctrinaire bases, but each one of them was an experienced revolutionary, who busied himself in whatever particular land he found himself, to factually prepare the upheaval, to direct or to give it support. As leaders or members of revolutionary associations known only to one another, they took more and more active part in the development or Bolshevism.

But apart from these Jews, who in the main were regarded as theoreticians, we find that almost all materialist leaders, who develop Communist tactics, also belong to the same race and carry out their task with the greatest efficacy.

As indisputable examples two movements of this type can be recorded:

Kurt Eisner, the President of the Bavarian Councils Republic, was the instigator of the Bolshevist revolution in Munich.

“Eleven little men made the revolution”, said Kurt Eisner in the intoxication of triumph to his colleague, the Minister Auer. It is no more than right to preserve the unforgettable memory of these little men, who were, in fact, the Jews Max Lowenberg, Doctor Kurt Rosenfeld, Caspar Wollheim, Max Rothschild, Carl Arnold, Kranold, Rosenhek, Birnbaum, Reis and Kaisser. These ten with Kurt Eisner van Israelowitsch led the presidency of the Revolutionary court of Germany. All eleven were Freemasons and belonged to the secret lodge N.° which had its seat in Munich at No. 51 Briennerstrasse.9

The first cabinet of Germany in the year 1918 was composed of Jews.

The second “German Socialist government” of 1918 was formed of the following Jews:

Among the remaining Jews who controlled the sectors vital to life of the German state, which had been defeated through the American intervention in the war, were found in the year 1918, and later:

In this government which for a time held Hungary in thrall, the chief of the Hungarian Cheka Szamuelly, besides Bela Kun, distinguished himself through countless crimes and plunderings. While the latter rode through the land in his luxury automobile (with the symbol of a large gallows mounted on the vehicle, and accompanied by his capable Jewish woman secretary R. S. Salkind, alias Semliachkay), the former travelled through Hungary in his special train and sowed terror and death, as a contemporary witness describes:

“That train of death travelled snorting through the black Hungarian nights; where it stopped, one saw people hanging from trees and blood which ran on the ground. Along the railway line naked and mutilated corpses were to be seen. Szamuelly dictated his judgements in his train, and whoever was forced to enter never lived to tell the tale of what he saw. Szamuelly lived constantly in this train.

“Thirty selected terrorists ensured his security. Selected executioners accompanied him. The train consisted of two saloon wagons, two first-class wagons, which were occupied by the terrorists, and two third-class wagons for the victims. In the latter executions were carried out.

“The floor of this wagon was stiff with blood. The corpses were thrown out of the windows, while Szamuelly sat comfortably in the elegant workroom of his compartment which was upholstered in rose-coloured damask and decorated with polished mirrors. With a movement of the hand he decided over life or death.”13

[1] Winston Churchill, “Zionism vs. Bolshevism: The Struggle for the Soul of the Jewish People,” Illustrated Sunday Herald, February 8, 1920.