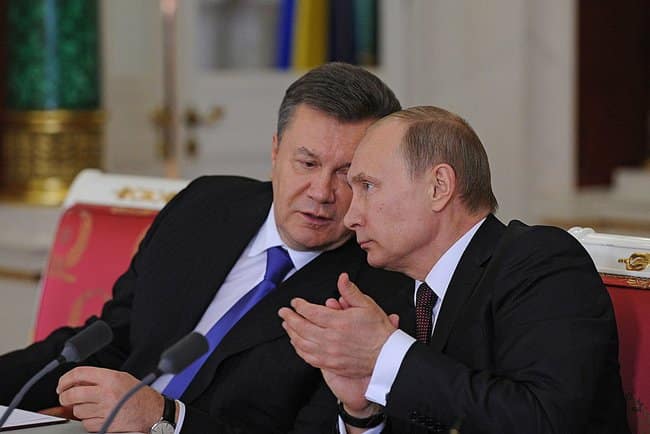 JEA: Dr. David Leffler has a point when he argues that Putin needs to keep his warriors on the Ukraine border. Ukraine has been part of Russia since the beginning of time. That was one reason why almost 90% of Ukrainians supported Russia in 2014.[1]

So, ideologues continue to be mistaken when they perpetuate the lie that Russia seeks to “invade” Ukraine. It’s like saying that the United States seeks to invade California.

But I am not too sure about Russia embracing Transcendental Meditation because if the Orthodox Church largely took Russia from the ashes and put it on the political and economic stage, then why TM? In fact, it was this Orthodox worldview that allows Putin to be an important figure in the twenty-first century.

In any event, I pretty much agree with Leffler that Putin needs to pay little attention to those who don’t want to see Ukraine as part of Russia.

President Vladimir Putin! You are amassing (soon perhaps) up to 175,000 Russian military personnel on Ukraine’s border.  Are you afraid that Ukraine and Georgia will become NATO members, threatening Russia’s sovereignty?

The presence of these Russian troops is triggering a response within the international community that could easily become volatile. Tensions are also simultaneously rising between the US and other countries such as China, North Korea and Iran.  These hotspots could quickly escalate into global catastrophe.

The Russian people have long been leaders in great military achievements and scientific innovation; now is the time for Russia to utilize the latest, most advanced military brain-based technology to defuse these dangerous rising tensions.

We bring to the attention of your people a field-tested, scientifically-verified means to not only alleviate Russia’s fears, and protect Russian soil and its people, but, mostly importantly, to replace the longstanding fear of the entire international community with a peaceful, win-win solution for all humanity.

Russia can not only protect its sovereignty, but also create lasting world peace.  What a magnificent and historic achievement, that will distinguish Russia as the great peace-maker, for our generation and many in the future.

How can this be done? By implementing Invincible Defense Technology (IDT) on a global level. And the cost?  Highly cost effective.  The cost would be less than that of 2-3 modern fighter jets.

What is IDT?  IDT involves large groups practicing the non-religious Transcendental Meditation® (TM) and the advanced TM techniques that harness group brain power.   This is a proven procedure to produce an orderly, coherent field effect radiating orderliness and harmony in the proximity of the group.

By elevating collective consciousness and social orderliness, people within the field effect find that they are now able to work together, to find solutions to otherwise insoluble problems such as civil and global conflict, crime, and terrorism.

Google an online video, “An Important Message for All Military Leaders” by John Hagelin, a Harvard-trained Ph.D. quantum physicist, it explains in detail how this works.
President Putin!

As Supreme Commander-in-Chief of the Russian Armed Forces you have, in fact, already taken the most difficult and expensive step necessary to deploy IDT on a global level.

By assembling a large group of military personnel in one place, you have surpassed the minimum number of personnel necessary to create a global super-radiance effect. This effect was documented in a study published in the peer-reviewed Journal of Offender Rehabilitation when three large groups of IDT experts gathered together.

The study reports the facts: Terrorism-related casualties decreased 72%, international conflict decreased 32%, and overall global violence was reduced. To produce this positive global effect only the square root of 1% of a world’s population was needed to practice the advanced TM program in group twice a day.

At the time of this demonstration the largest group was only about 7,000 people, a small number compared to the military personnel you are assembling. Yet, these groups of advanced TM meditators were able to produce profound positive effects on a global scale.

Traditionally the military is the most disciplined and organized aspect of society. President Putin! Imagine how your highly-trained and dedicated group of 175,000 Russian warriors could use their overwhelming orderly brain power to create perpetual peace as a permanently established coherence-creating group.

By assembling Russia’s large military force, you are perfectly positioned to now gain the strategic IDT advantage, winning you a glorious place in human history as the creator of a peaceful world. Even if President Joe Biden were to decide today to deploy IDT it would be difficult for the US military to quickly gather such a large group in one place.

This brings up an important point regarding my allegiances. I am a patriotic American citizen who served nine years in the US Air Force. In case any readers question my motives in urging Russia and other nations to deploy IDT, be aware that an IDT system cannot be used for nefarious purposes, either against the United States or any other country.

IDT can only act for order and harmony. Therefore, I have no qualms about urging any country to deploy IDT and create lasting world peace. Further, any country that deploys IDT on a global scale will benefit ALL countries, including the United States – and Russia.

IDT is currently in various stages of deployment worldwide (see Google search on “New Solution for Latin America: Transforming Lives and Changing Nations” and a short online video “Creating Peace in Ukraine on Vimeo“). However, as of this writing, no national leader has demonstrated the foresight to deploy a large, globally operational IDT group.

Dwight D. Eisenhower, the Five-Star General and President of the United States said: “I think that people want peace so much that one of these days government had better get out of their way and let them have it.”

Let us hope that history will prove him right. Extensive scientific research indicates that deployment of IDT by either a military or civilian group (such as the one being established in Cambodia, Google “Group practice of Transcendental Meditation dramatically reduced violence in Cambodia, new study shows”) can create the conditions for all people to enjoy peace.

President Vladimir Putin! You are a powerful leader in the global community! Bring honor to yourself and your nation! Be the first to deploy IDT on a global scale and thereby grant perpetual peace to our troubled planet. A Nobel Peace Prize and the gratitude of all humanity awaits you.

President Vladimir Putin! Act now!  History will record you as the world’s greatest leader and a peaceful human civilization is assured for generations to come.

Dr. David Leffler has a Ph.D. in Consciousness-Based Military Defense and has served as an Associate of the Proteus Management Group at the Center for Strategic Leadership, US Army War College. Currently, he serves as the Executive Director at CAMS and lectures

(See also: “New Military Science Is Warmly Received in Moscow”) and writes worldwide about IDT. Dr. Leffler’s editorial “Creating an Invincible Military” was featured in Fox News. He is available on LinkedIn, Twitter and Facebook.