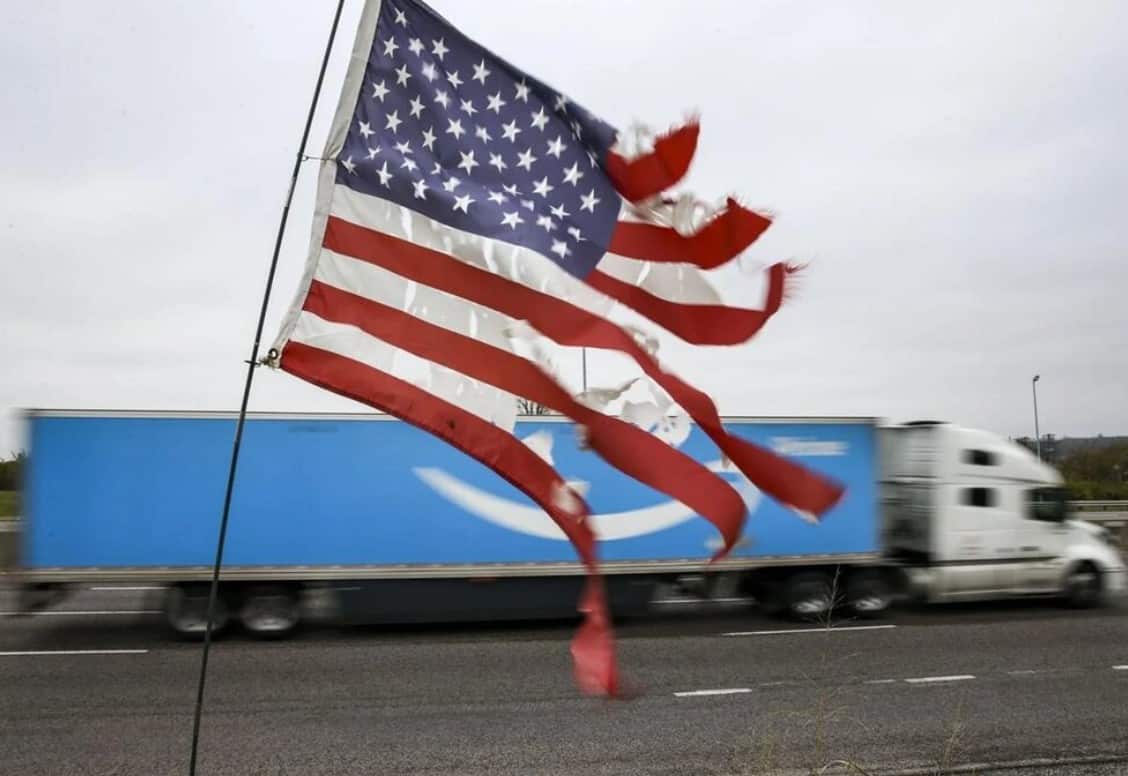 By Hussein Pabarja via The Tehran Times

The United States’ infrastructure is in disarray, with broken seawalls and flooded housing developments in New Orleans after Hurricane Katrina.

Cars, school buses, and trucks plunged into the Mississippi River after the collapse of a highway bridge in Minneapolis. Lead-contaminated water gushing from aging pipes in Michigan, overhead power lines in Texas collapse under the weight of masses of snow, leaving the state dark. These kinds of images you can see everywhere on the net and it’s a part of the daily lives of Americans. U.S. President Joe Biden wants to modernize the country with his $1.2 trillion infrastructure plan, which was originally proposed at $2.3 trillion but was practically reduced. Many communities, cities, and states wait for the packet, but who has the priority to receive help as soon as possible?

The ruins of the American Dream

Since the ’60s every government has prioritized infrastructure, but according to experts, nothing has changed since then. Because political objectives have always varied, as has the allocation of funds. Because the United States is a big and federally structured nation, each state, city, and county has varied infrastructure needs. For years, the American Society of Civil Engineers has been raising the alarm. They discovered an investment shortfall of about 2.6 trillion dollars. Biden’s predecessor in office, Donald Trump, had already recognized that the USA would have to invest a lot of money in its infrastructure. But despite many announcements, nothing happened under him.

It’s not the first time a water controversy has rocked a community like Flint, in the United States. Other cities in the United States have water that is tainted by contaminants. The U.S. Congress banned water pipes containing lead 30 years ago. But there are still up to 10 million of these pipes lying in the ground. The U.S. Environmental Protection Agency (EPA) estimates that it would cost up to $50 billion to replace all the old pipes in the country. The primary source of lead pollution in potable water has long been recognized to be lead service lines. The Natural Resources Defense Council (NRDC) thinks there are between 9.7 million and 12.8 million lead pipes throughout the United Areas, even in states that claim to have no lead pipes at all.

America’s power grid is under pressure

America is under pressure because it’s completely dependent on its power grid and the technology that supports this sector is hopelessly outdated. Experts expect dramatic power failures since most of the infrastructure is 50 to 80 years old. The electricity system has been in desperate need of investment and upgrading for a long time. The Electric Power Research Institute, EPRI, predicted a net investment volume of between $338 billion and $476 billion for high-voltage grid restoration and expansion over the next 20 years in 2011 research.

Potholes full of water, dilapidated bridges, outdated rail networks – if you look at the state of the infrastructure in the USA, you wouldn’t think it was the richest country in the world. According to the American Society of Civil Engineers, one in nine bridges is in urgent need of renovation, one-third of roads are in deplorable shape, and more than 43 percent of all highways in urban areas are congested. There are about 617,000 bridges in the United States. The nation’s backlog of bridge repair requirements is estimated to be $125 billion, according to a recent study. It is estimated that the poor state of infrastructure costs the U.S. economy billions of dollars each year through congestion, accidents, increased gasoline consumption and increased wear and tear on cars.

In the United States, federal expenditures are conducted as if there were no tomorrow. The fact that the country has record debts and deficits does not seem to matter. Inflation, on the other hand, is already eating away at people’s savings in this overheated economic climate. Until now, the United States has spent an average of just 2.4 percent of its gross domestic product on the construction and maintenance of its transportation and energy infrastructure. In Europe, the average is five percent, while in China, it may be as high as eight percent. The White House left vague in its announcement exactly how the state plans to finance the investments. The measures would be financed by reallocating unused funds, but if Biden goes beyond that and hands out unfunded social welfare in turn with the “exceedingly generous” support of the Federal Reserve, he will overplay his hand. Then inflation will first eat away at the savings of the ordinary citizen on the street. However, even in Biden’s America, economic laws cannot simply be suspended.

*Hussein Pabarja is a researcher in North American and European Studies.