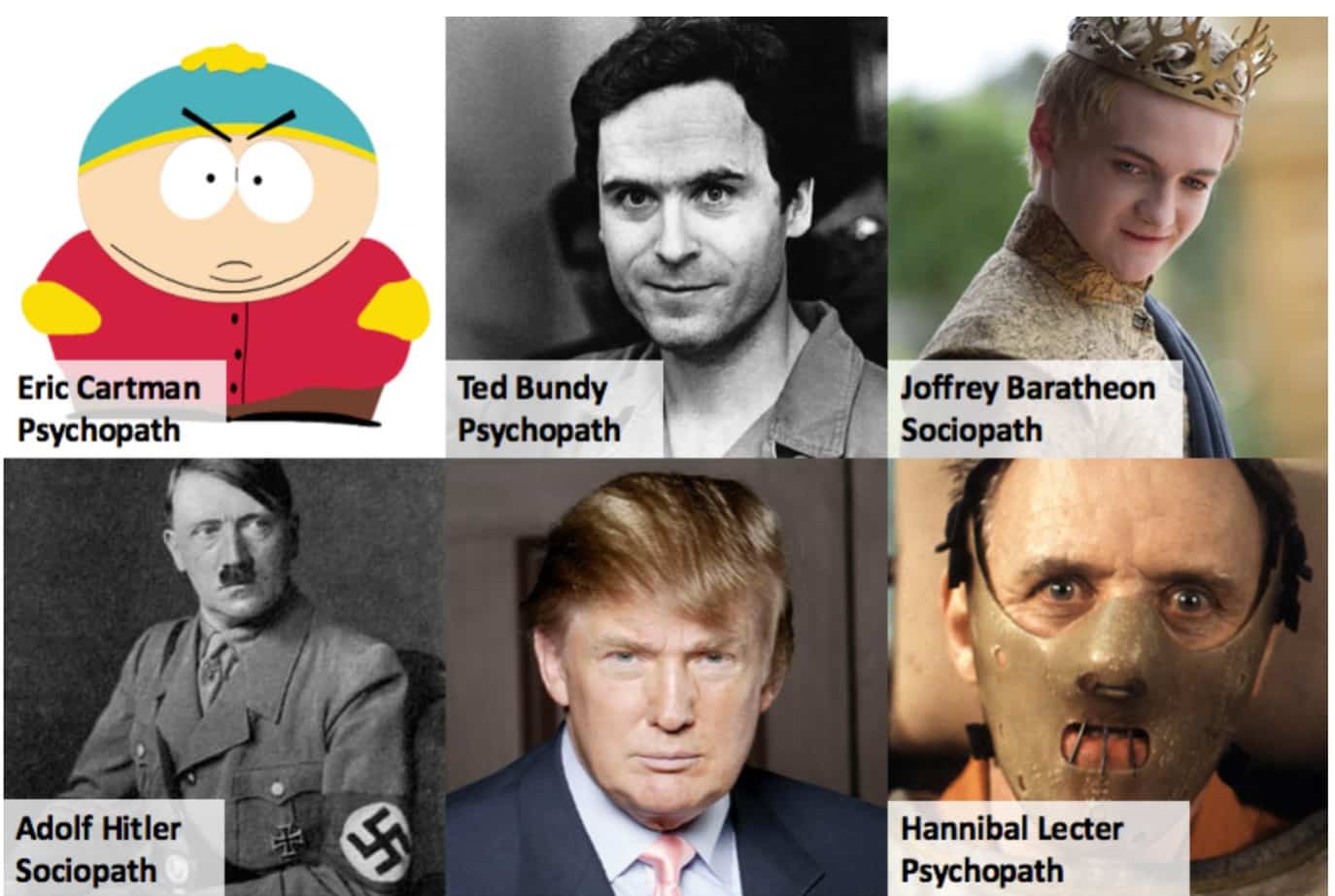 The terms “Psychopath” and “Sociopath” tend to be used synonymously (and often not too seriously — phrases like “my boss is a psycho” is akin to saying “I’m OCD” when, in fact, you just like things to be clean.) If it’s not something you had to learn, using the words interchangeably is understandable. There is even disagreement and confusion within the academic and psychology communities.

Some professionals claim that there is no meaningful distinction between the labels. Others consider sociopathy to be a sub-category of psychopathy.

Psychopathy certainly has a longer a history than sociopathy. It was originally termed “moral insanity” in 1822; today we have a formal assessment tool (the PCL-R) for diagnosing psychopathy, but not sociopathy. Earlier versions of the Diagnostic and Statistical Manual of Mental Disorders (DSM) did include Sociopathic Personality Disturbance, the description of which confusingly included many of the characteristics of a psychopath described by Cleckley in 1941.

Currently, neither psychopathy nor sociopathy are included in the DSM. Instead, many professionals use Antisocial Personality Disorder (ASPD) to refer to psychopathy and/or sociopathy. However, while psychopaths and sociopaths may fit some of the criteria for ASPD – notably, a disregard for the rights of others – only a minority of those with ASPD qualify as psychopaths or sociopaths. Depending on who you ask, while there is a lot of overlap between psychopathy and sociopathy (and ASPD), they are different disorders. So let me help you spot the difference, using Donald Trump as a basis for comparison. Why Donald Trump? Aside from the fact that, whether we like it or not, Trump is a hot topic right now, I have heard and read Donald Trump being called both a psychopath and a sociopath. For example: “Trump is the most perfect example I have ever come across of a malignant, and probably psychopathic, narcissist.”  — Sam Vaknin, Mental Health Expert

“If you Google ‘sociopath’ … that is the perfect description of Donald Trump” — Tony Schwartz, Donald Trump’s Ghostwriter

So which is it?

First of all, let me say that I have neither the qualifications nor the time and access to Trump to officially diagnose him. I’m also not fully convinced that “psychopathy” or “sociopathy” truly exist. However, if these terms are going to be used, it’s useful to know what is meant by them. It’s actually been a pet peeve of mine for a while. The worst cases I’ve seen are descriptions of psychopathy and sociopathy that are entirely reversed.

Let’s start by pointing out what psychopaths and sociopaths have in common:

Even as a clinically untrained observer, one could argue that Donald Trump meets all of these criteria.

He routinely insults and degrades others. His immigration policy is in direct conflict with basic human rights. He doesn’t seem to care when he offends or deceives. He never apologises, whether for calling Mexican immigrants rapists or being caught in yet another outright lie. If you catch him out, he shifts attention or responsibility to someone else, and he is easy to anger.

Narcissism is characterised by:

I bring up narcissism because there are a number of articles online that compare narcissism with sociopathy, but appear to really be comparing sociopathy with psychopathy.