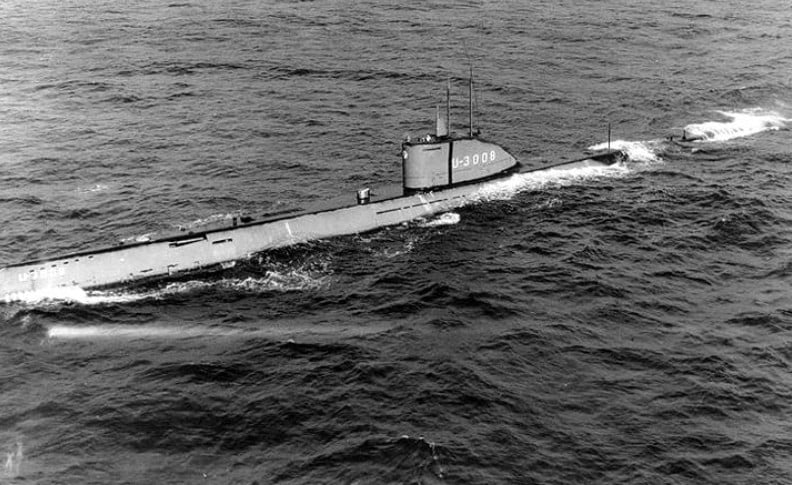 Throughout history there have been ships that have changed the course of naval history, strategy and made previous types of ships obsolete overnight. Such ships included the USS Monitor, the HMS Dreadnought and USS Nautilus are but three, but we have to add to the list the German Type XXI U-Boats which forever changed the way that submarines were built around the world, as well as their deadliness.

Now nuclear and diesel electric powered submarines have proven to be nearly undetectable, and are armed with torpedoes to sink surface ships or other submarines, conventionally armed or nuclear armed cruise missiles, even hypersonic ones, and Intercontinental Ballistic Missiles. The are capable of inserting special operations teams, and covertly conducting intelligence operations, and the Type XXI is the ancestor and inspiration for them all.

I was thinking of adding one of the first aircraft carriers to the list of three, but which one would I choose? The HMS Furious, Argus, or Hermès; the USS Langley, Lexington or Yorktown; or possible the IJN Hosho, Akagi, or Kaga? I cannot make that judgment. With the exception of Yorktown all the rest were experimental or conversions of other platforms. The aircraft carrier changed naval warfare, but the Type XXI revolutionized it in a way the aircraft carrier couldn’t.

While aircraft carriers grew in size and power, they still remained detectable and their reach limited by the range of the aircraft that they carry. They are incredibly powerful warships and national strategic assets, but they are vulnerable and require the protection of multiple surface ships, and yes, even submarines in order to safeguard them and allow them to survive to ensure that they can survive long enough to complete their missions.

The Type XXI was designed in 1943 in order to regain the German initiative at sea, and thereby reassert German naval power in the Atlantic in order to turn the tide against the Allies. By 1943 the Allies had turned the tide against the Germans as the Type VII and Type IX U-Boats took heavy losses against naval units and convoys which now had air support of carrier and shore based aircraft at every stage of their trek across the North Atlantic.

Likewise, the allied capture of an Enigma coding unit allowed the allies to read any any encoded radio transmission from the U-Boats, and their onshore commanders. Until the invention of the the Schnorchel device, the Type VII and Type IX boats had to surface for prolonged periods in order to recharge their batteries. Likewise they had limited range, speed and endurance when submerged. The same was true of allied submarines, but they did not have to operate against the innovations of the allies.

The advent of the Escort Carrier, long range patrol bombers, and hunter killer groups of Destroyers and the new Destroyer Escorts took a great toll on the U-Boat Force. 1943 was the watershed in the U-Boat campaign against the Americans and British. Their losses became onerous when compared to the losses that they inflicted, and for all practical reasons the Germans had lost the war at sea.  Read more…