Christmas past was anything but innocent. Until the mid-19th century, Christmas was a time for drunkenness and debauchery.

Christmas was a carnival of drink, cross-dressing, violence and lust during which Christians were unshackled from the ethical norms expected of them the rest of the year.

No wonder the Puritans wanted it banned.

The Origins of Christmas Revelry

It was not until the 4th century that the Church of Rome recognised December 25 as the date to celebrate the birth of the messiah. And it did so knowing well that there were no biblical or historical reasons to place Christ’s birth on that day.

There is some evidence the Romans worshipped Sol Invictus, their sun god, on December 25. But what the Romans really celebrated during the month of December was Saturnalia, an end of harvest festival that concluded with the winter solstice.

As historian Stephen Nissenbaum pointed out in his acclaimed The Battle for Christmas, the early Church entered into a compromise: in exchange for widespread celebration of the birth of Christ, it permitted the traditions of Saturnalia to continue in the name of the saviour. 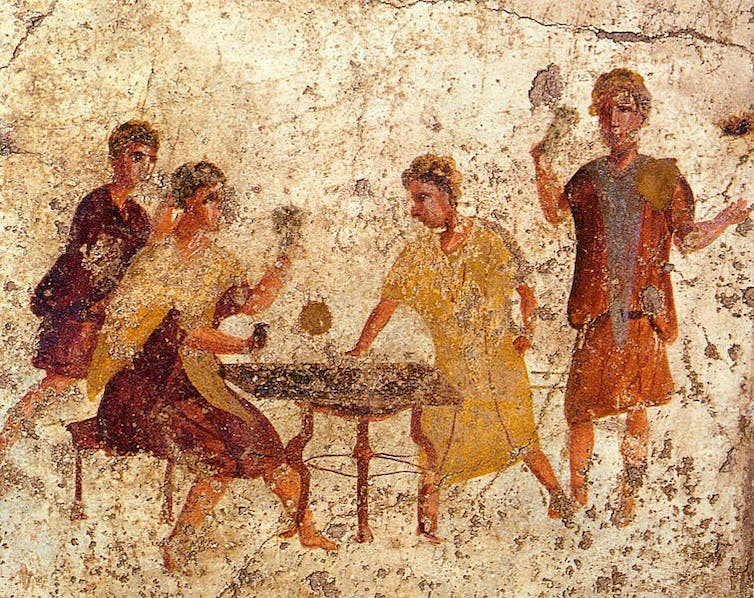 Gambling, as seen here in a fresco from Pompeii, was a hallmark of the Roman celebration of Saturnalia.  Read more…