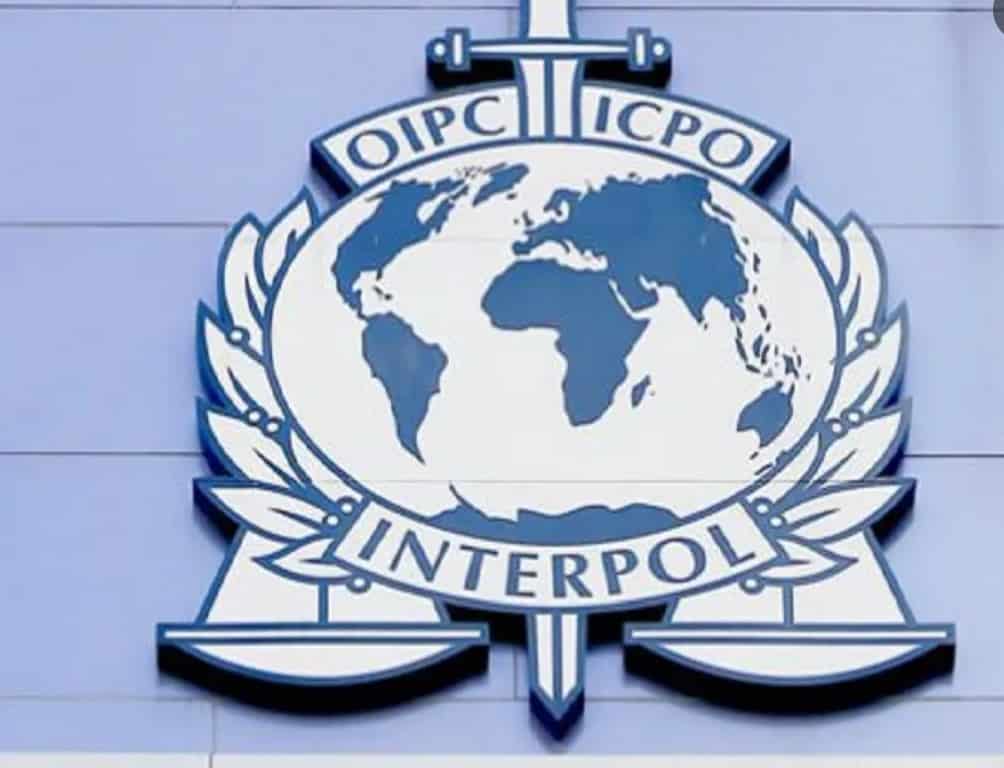 New Law Protects Those Who Call Out Corruption

A statement from the U.S. office of Transparency International

The TRAP Act will protect the U.S. legal system from the abuse of “red notices” issued by the International Criminal Police Organization (“INTERPOL”), develop a strategy for addressing INTERPOL abuse, and create a public report that names those countries that repeatedly abuse INTERPOL notices for political purposes.

Scott Greytak, Director of Advocacy for TI-US, said the following on the passage of the TRAP Act:

There’s nothing that corrupt leaders fear more than free speech. For years, corrupt governments have used INTERPOL’s “red notices” to try to silence and retaliate against those who call out their corruption, including journalists, whistleblowers, and anticorruption activists. International law enforcement must not be used to advantage dictatorship and kleptocracy.

TRAP will help ensure that the world’s law enforcement network can no longer be used to silence corruption’s critics, by injecting into INTERPOL much-needed due process, transparency, and rule-of-law practices. Perhaps most importantly, TRAP codifies into U.S. law that the United States may not extradite the subject of a red notice based solely on an INTERPOL red notice. This will ensure that American law enforcement is not conscripted into corruption and doing the dirty work of dictators.

We thank Senators Wicker and Cardin, Representatives Wilson and Cohen, the Helsinki Commission, and the Caucus against Foreign Corruption and Kleptocracy for their leadership on this critical issue.

Transparency International is the world’s largest coalition against corruption. We give voices to victims and witnesses of corruption, and work with governments, businesses, and citizens to stop the abuse of entrusted power. In collaboration with national chapters in more than 100 countries, we are leading the fight to turn our vision of a world free from corruption into reality.

To counter efforts by foreign governments to pursue, harass, or otherwise persecute individuals for political and other unlawful motives overseas.

Mr. Cohen (for himself, Mr. Wilson of South Carolina, Ms. Jackson Lee, Mr. Fitzpatrick, Mr. Malinowski, Mr. Meijer, Ms. Moore of Wisconsin, Mr. Hudson, Mr. Cleaver, Mr. Gallego, and Mr. Veasey) introduced the following bill; which was referred to the Committee on Foreign Affairs, and in addition to the Committee on the Judiciary, for a period to be subsequently determined by the Speaker, in each case for consideration of such provisions as fall within the jurisdiction of the committee concerned

To counter efforts by foreign governments to pursue, harass, or otherwise persecute individuals for political and other unlawful motives overseas.

Be it enacted by the Senate and House of Representatives of the United States of America in Congress assembled,

This Act may be cited as the “Transnational Repression Accountability and Prevention Act of 2021 ” or as the “TRAP Act of 2021”.

(a) Findings.—Congress makes the following findings:

(3) Article 2 of INTERPOL’s Constitution states that the organization aims “[to] ensure and promote the widest possible mutual assistance between all criminal police authorities … in the spirit of the ‘Universal Declaration of Human Rights’”.

(4) Article 3 of INTERPOL’s Constitution states that “[i]t is strictly forbidden for the Organization to undertake any intervention or activities of a political, military, religious or racial character”.

(5) These principles provide INTERPOL with a foundation based on respect for human rights and avoidance of politically motivated actions by the organization and its members.

(6) According to the Justice Manual of the United States Department of Justice, “[i]n the United States, national law prohibits the arrest of the subject of a Red Notice issued by another INTERPOL member country, based upon the notice alone”.

(b) Sense Of Congress.—It is the sense of Congress that some INTERPOL member countries have repeatedly misused INTERPOL’s databases and processes, including Notice and Diffusion mechanisms, for activities of an overtly political or other unlawful character and in violation of international human rights standards, including making requests to harass or persecute political opponents, human rights defenders, or journalists.

(c) Support For INTERPOL Institutional Reforms.—The Attorney General and the Secretary of State shall—

(1) use the voice, vote, and influence of the United States, as appropriate, within INTERPOL’s General Assembly and Executive Committee to promote reforms aimed at improving the transparency of INTERPOL and ensuring its operation consistent with its Constitution, particularly articles 2 and 3, and Rules on the Processing of Data, including—

(A) supporting INTERPOL’s reforms enhancing the screening process for Notices, Diffusions, and other INTERPOL communications to ensure they comply with INTERPOL’s Constitution and Rules on the Processing of Data (RPD);

(B) supporting and strengthening INTERPOL’s coordination with the Commission for Control of INTERPOL’s Files (CCF) in cases in which INTERPOL or the CCF has determined that a member country issued a Notice, Diffusion, or other INTERPOL communication against an individual in violation of articles 2 or 3 of the INTERPOL Constitution, or the RPD, to prohibit such member country from seeking the publication or issuance of any subsequent Notices, Diffusions, or other INTERPOL communication against the same individual based on the same set of claims or facts;

(C) increasing, to the extent practicable, dedicated funding to the CCF and the Notices and Diffusions Task Force in order to further expand operations related to the review of requests for red notices and red diffusions;

(D) supporting candidates for positions within INTERPOL’s structures, including the Presidency, Executive Committee, General Secretariat, and CCF who have demonstrated experience relating to and respect for the rule of law;

(E) seeking to require INTERPOL in its annual report to provide a detailed account, disaggregated by member country or entity of—

(i) the number of Notice requests, disaggregated by color, that it received;

(ii) the number of Notice requests, disaggregated by color, that it rejected;

(iii) the category of violation identified in each instance of a rejected Notice;

(iv) the number of Diffusions that it cancelled without reference to decisions by the CCF; and

(v) the sources of all INTERPOL income during the reporting period; and

(F) supporting greater transparency by the CCF in its annual report by providing a detailed account, disaggregated by country, of—

(i) the number of admissible requests for correction or deletion of data received by the CCF regarding issued Notices, Diffusions, and other INTERPOL communications; and

(ii) the category of violation alleged in each such complaint;

(2) inform the INTERPOL General Secretariat about incidents in which member countries abuse INTERPOL communications for politically motivated or other unlawful purposes so that, as appropriate, action can be taken by INTERPOL; and

(3) request to censure member countries that repeatedly abuse and misuse INTERPOL’s red notice and red diffusion mechanisms, including restricting the access of those countries to INTERPOL’s data and information systems.

(1) IN GENERAL.—Not later than 180 days after the date of enactment of this Act, and biannually thereafter for a period of 4 years, the Attorney General and the Secretary of State, in consultation with the heads of other relevant United States Government departments or agencies, shall submit to the appropriate committees of Congress a report containing an assessment of how INTERPOL member countries abuse INTERPOL Red Notices, Diffusions, and other INTERPOL communications for political motives and other unlawful purposes within the past three years.

(2) ELEMENTS.—The report required under paragraph (1) shall include the following elements:

(A) A list of countries that the Attorney General and the Secretary determine have repeatedly abused and misused the red notice and red diffusion mechanisms for political purposes.

(B) A description of the most common tactics employed by member countries in conducting such abuse, including the crimes most commonly alleged and the INTERPOL communications most commonly exploited.

(D) A description of how INTERPOL’s General Secretariat identifies requests for red notice or red diffusions that are politically motivated or are otherwise in violation of INTERPOL’s rules and how INTERPOL reviews and addresses cases in which a member country has abused or misused the red notice and red diffusion mechanisms for overtly political purposes.

(E) A description of any incidents in which the Department of Justice assesses that United States courts and executive departments or agencies have relied on INTERPOL communications in contravention of existing law or policy to seek the detention of individuals or render judgments concerning their immigration status or requests for asylum, with holding of removal, or convention against torture claims and any measures the Department of Justice or other executive departments or agencies took in response to these incidents.

(G) A description of what actions the United States takes in response to credible information it receives concerning likely abuse of INTERPOL communications targeting employees of the United States Government for activities they undertook in an official capacity.

(H) A description of United States advocacy for reform and good governance within INTERPOL.

(4) BRIEFING.—Not later than 30 days after the submission of each report under paragraph (1), the Department of Justice and the Department of State, in coordination with other relevant United States Government departments and agencies, shall brief the appropriate committees of Congress on the content of the reports and recent instances of INTERPOL abuse by member countries and United States efforts to identify and challenge such abuse, including efforts to promote reform and good governance within INTERPOL.

(e) Prohibition Regarding Basis For Extradition.—No United States Government department or agency may extradite an individual based solely on an INTERPOL Red Notice or Diffusion issued by another INTERPOL member country for such individual.