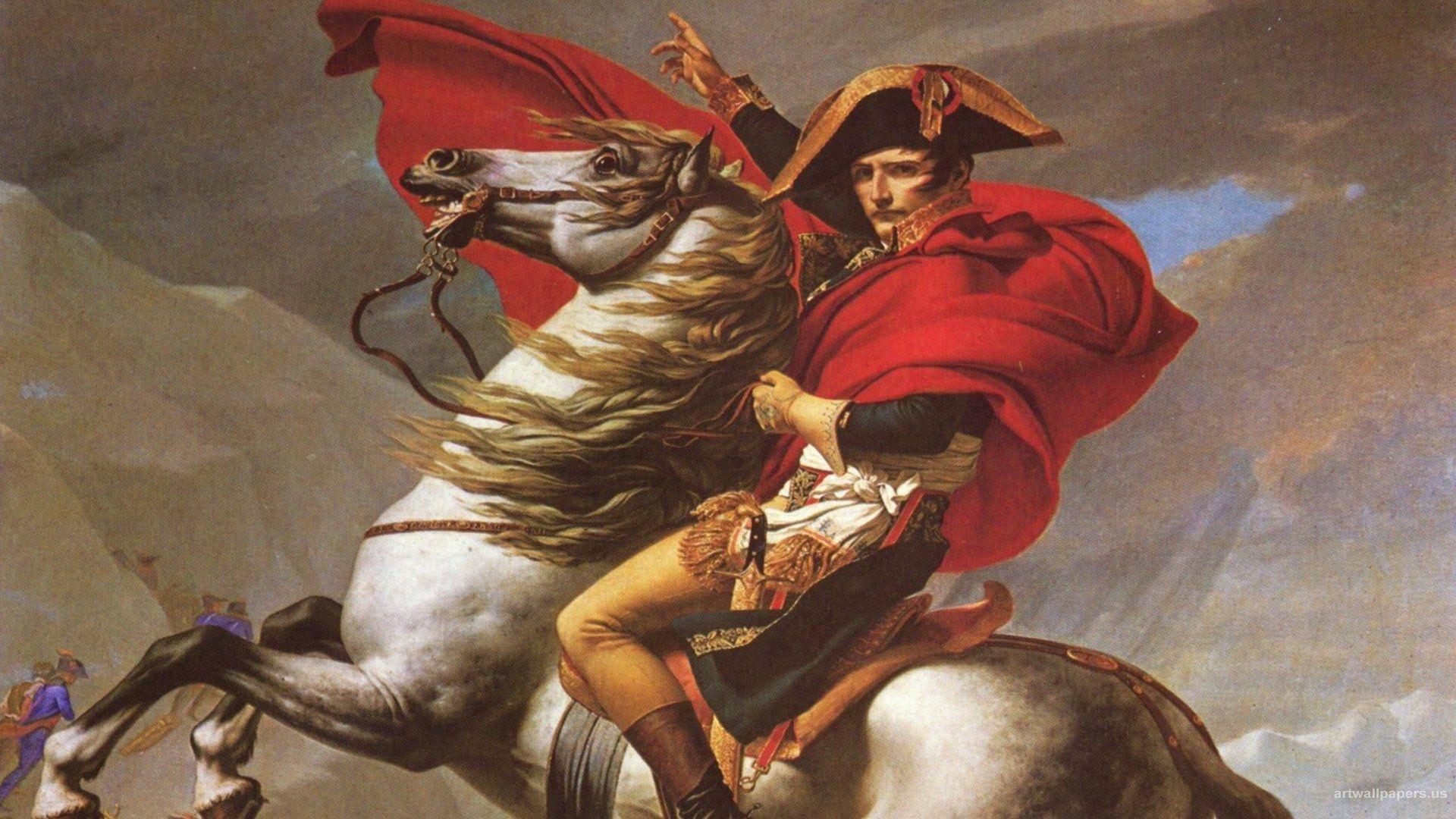 JEA: The following chapter is extracted from the book Grand Orient Freemasonry Unmasked as the Secret Power Behind Communism. It was written in 1882 by Monsignor George F. Dillon. I have condensed it a little, but the full version is available upon request. Thanks again to Darrell Wright for sending me this material. 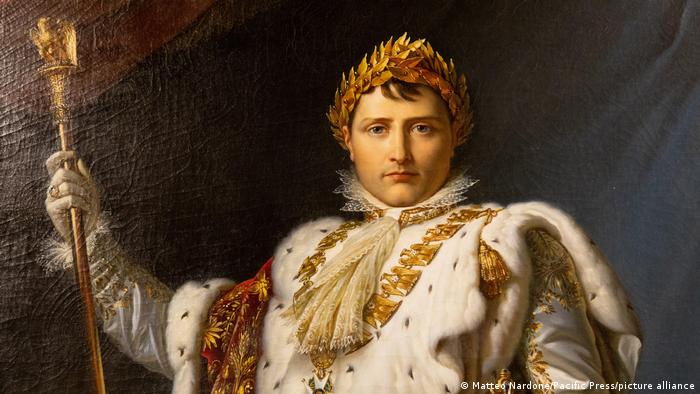 THE leader who arose out of the first French Revolution, and whose military and diplomatic fame is still fresh in the recollection of many of the present generation—that leader was Napoleon Bonaparte. In the days of his greatest prosperity, nothing was so distasteful to him as to be reminded of his Jacobin past. He then wished to pose as another Charlemagne, or Rudolph of Hapsburg.

Napoleon had commenced his career as a Freemason, and a Freemason he remained in spirit and in effect to the end of his life. It is known that he owed his first elevation to the Jacobins and that his earliest patron was Robespierre. His first campaign in Italy was characterized by the utmost brutality which could gratify Masonic hatred for the Church.

His letters breathe everywhere the spirit of advanced Freemasonry, gloating over the wounds it had been able to inflict upon the Spouse of Christ. Yet this adventurer has, with great adroitness, been able to pass with many, and especially in Ireland, as a good Catholic. Because he was the enemy of England, or rather that England led by the counsels of Pitt and Burke, constituted herself the implacable enemy of the Revolution of which he was the incarnation and continuation, many opposed to England for political reasons, regard Bonaparte as a kind of hero.

No one can doubt the military genius of the man, nor indeed his great general ability, but he was in all his acts what Freemasonry made him.

He was mean, selfish, tyrannical, cruel. He was reckless of blood. He could tolerate or use the Church while that suited his policy. But he had from the beginning to the very end of his career that thorough indifference to her welfare, and want of belief in her doctrines, which an early and life-long connection with the Illuminati inspired.

Father Deschamps writes of him: “Napoleon Bonaparte was in effect an advanced Freemason, and his reign has been the most flourishing epoch of Freemasonry. During the reign of terror, the Grand Orient ceased its activity. The moment Napoleon seized power the lodges were opened in every place.”

I have said that the revolutionary rulers in France were all Illuminati—that is Freemasons of the most pronounced type—whose ultimate aim was the destruction of every existing religion and form of secular government, in order to found an atheistic, social republic, which would extend throughout the world and embrace all mankind. 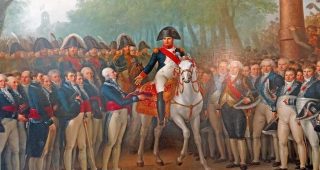 Freemasonry welcomes, as we have seen, the Mahommedan, the Indian, the Chinese, and the Buddhist, as well as the Christian and the Jew. It designs to conquer all, as a means of bringing all into the one level of Atheism and Communism. When, therefore, its Directory, in their desire to get rid of Napoleon, planned the expedition to Egypt and Asia, they meant the realization of a part of this programme, as well as the removal of a troublesome rival.

A universal monarchy is, in their idea, the most efficacious means for arriving at a universal republic. Once obtained, the dagger with which they removed Gustavus III of Sweden, or the guillotine by which they rid France of Louis XVI, can at any moment remove Caesar and call in Brutus. They are not the men to recoil before deeds of blood for the accomplishment of their purposes.

Now Napoleon, who was, as Father Deschamps informs us, a member of the lodge of the Templars, the extreme Illuminated lodge of Lyons, and had given proof of his fidelity to Masonry in Italy, was the very man to extend the rule of Republicanism throughout Asia. He appeared in Egypt with the same professions of hypocritical respect for the Koran, the Prophet, and Mahommedanism, as he afterwards made when it suited his policy for Catholicism. His address to the people of Egypt will prove this. It ran as follows, with true Masonic hypocrisy:

The cool hypocrisy of this address is manifested by a proclamation he made on that occasion to his own soldiers. The same proclamation also shows the value we may place on his protestations of attachment to, and respect for, the usages of Christianity.

Thiers (Histoire du Consulat et de l’Empire, iv. p. 14), says that when Napoleon intended to proclaim himself Emperor, he wished to give the Masons a pledge of his principles and that he did this by killing the Duke d’Enghien. He said, “They wish to destroy the Revolution in attacking it in my person. I will defend it, for I am the Revolution. I, myself—I, myself. They will so consider it from this day forward, for they will know of what we are capable.”

When Napoleon obtained power, it was we know principally by means of the Illuminated Freemason Talleyrand.1 By him and his confederates of the Illuminati, he was recalled from Egypt and placed in the way of its attainment. His brothers were—every one of them—deep in the secrets of the Sect.

Its supreme hidden directory saw that a reaction had set in, which if not averted, would speedily lead to the return of the exiled Bourbons, and to the disgorgement of ill-gotten goods on the part of the revolutionists.

As a lesser evil, therefore, and as a means of forwarding the unification of Europe which they had planned, by his conquests, they placed supreme power in the hands of Bonaparte, and urged him on in his career, watching, at the same time, closely, their own opportunities for the development of the deadly designs of the Sect. Then, they obtained the first places in his Empire for themselves.

The chief mistake of Napoleon was the encouragement he gave to Freemasonry. It served his purpose admirably for a while, that is so long as he served the present and ultimate views of the conspiracy; for a conspiracy Masonry ever was and ever will be.

Even if Cambaceres, Talleyrand, Fouche, and the old leaders of the Illuminati, whom he had taken into his confidence and richly rewarded, should be satisfied, there was a mass of others whom no reward could conciliate, and who, filled with the spirit of the Sect, was sure to be ever on the lookout for the means to advance the designs of Weishaupt and his inner circle.

That inner circle never ceased its action. It held the members of the Sect, whom it not only permitted but assisted to attain high worldly honours, completely in its power, and hence in absolute subjection.

For them as well as for the humblest member of the secret conclave, the poisoned aqua tophona and the dagger were ready to do the work of certain death should they lack obedience to those depraved fanatics of one diabolical idea, who were found worthy to be selected by their fellow conspirators to occupy the highest place of infamy and secret power.

These latter scattered secretly amidst the rank and file of the lodges, hundreds of Argus-eyed, skilled plotters, who kept the real power of inner or high Masonry in the hands of its hidden masters.

Masonry from this secret vantage-ground ceaselessly conspired during the Empire. It assisted the conquest of the victor of Austerlitz and Jena; and if Deschamps, who quotes from the most reliable sources, is to be trusted, it actually did more for these victories than the great military leader himself.

Through its instrumentality the resources of the enemies of Napoleon were never at hand, the designs of the Austrian and other generals opposed to him were thwarted, treason was rife in their camps, and information fatal to their designs was conveyed to the French commander. 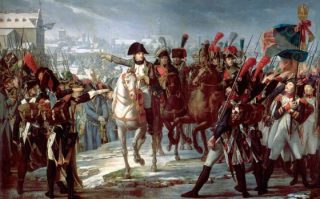 Masonry was then on his side, and as now the secret resources of the Order, its power of hidden influence and espionage were placed at the disposal of the cause it served. But when Masonry had reason to fear that Napoleon’s power might be perpetuated; when his alliance with the Imperial Family of Austria, and above all, when the consequence of that alliance, an heir to his throne, caused danger to the universal republic it could otherwise assure itself of at his death; when, too, he began to show a coldness for the sect, and sought means to prevent it from the propagandism of its diabolical aims, then it became his enemy, and his end was not far off.

Distracting councils prevailed in his cabinet. His opponents began to get information regarding his movements, which he had obtained previously of theirs. Members of the sect urged on his mad expedition to Moscow, His resources were paralyzed; and he was, in one word, sold by secret, invisible foes into the hands of his enemies.

In Germany, Weishaupt and his party, still living on in dark intrigue, prepared secretly for his downfall. His generals were beaten in detail. He was betrayed, hoodwinked, and finally led to his deposition and ruin. He then received with a measure, pressed down and overflowing, and shaken together, the gratitude of the father of lies, incarnate in Freemasonry, in the Illuminati, and kindred Atheist secret societies.

Banished to Elba he was permitted to return to France only in order to meet the fate of an outcast and a prisoner upon the rock of St. Helena, where he died abandoned and persecuted by the dark Sect which had used, abused, and betrayed him. So it has continued, as we shall see, to use, to abuse, and to betray every usurper or despot whom it lures into its toils.