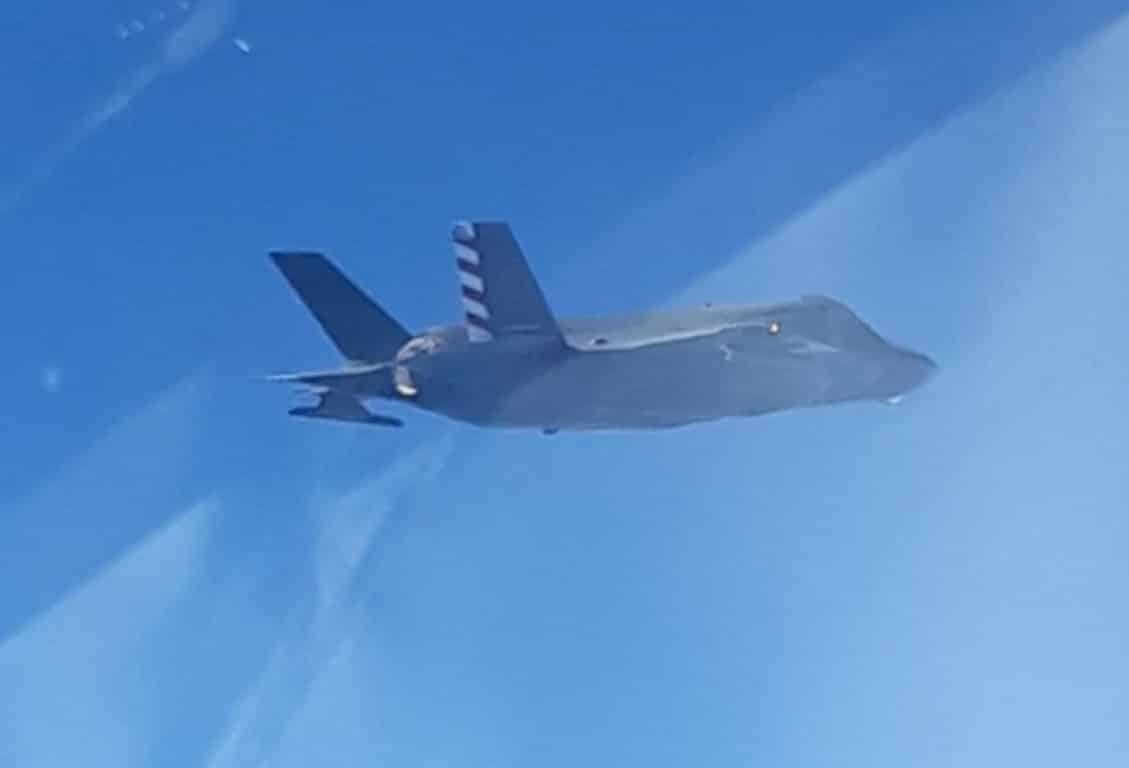 Avia Pro: The F-35 fighter was intercepted by the Russian Aerospace Forces on duty near the Syrian border.

The British Navy F-35 fighter was intercepted by a Russian combat aircraft while trying to approach the borders of Syria. In addition to the fact that the foreign “stealth” aircraft was promptly detected, the Russian fighter managed to fly up to the stealth fighter at a distance of only 10-15 meters. Photos posted to popular Fighterbomber users show the interception of a British fighter jet over the Mediterranean. At the same time, the incident occurred relatively recently, since, according to the user, the F-35 fighter took off from the Queen Elizabeth aircraft carrier. “F-35B from the British aircraft carrier” Queen Elizabeth “under the strict supervision of the best representatives of the Russian Air Force. Well, and, accordingly, vice versa. I can’t say it was this side that later fell from an aircraft carrier, or some other. But no wonder, after what he saw “– said in the message. Apparently, the Russian fighter was discovered after the combat aircraft had already managed to get close to the British F-35. It is likely that the British combat aircraft did not manage to demonstrate its power, since it was subsequently forced to leave the airspace area, being forced out by a fighter of the Russian Aerospace Forces.

It is known that in the current year fighters of the Russian Aerospace Forces intercepted F-35 fighters at least four times, which completely debunks the myth of their superiority.
Подробнее на: https://avia-pro.net/news/istrebitel-vks-rossii-perehvatil-britanskiy-f-35-u-poberezhya-sirii