MY EDUCATION IN wartime savagery started in Bosnia in the 1990s. Reporting on the war, I visited death camps, saw civilians get shot and beaten, interviewed torturers, and was arrested multiple times for being in the wrong place and asking too many questions. 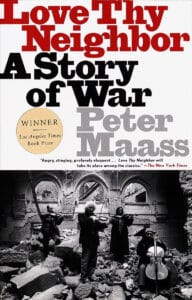 Despite all of that, I sensed at the time that my Balkan lessons were incomplete — and those instincts have been confirmed by the past 20 years of U.S. warfare in Afghanistan, Iraq, and Syria.

We tend to associate barbarism with the kind of things I saw in Bosnia: close-quarters violence in which the perpetrators look into the eyes of their victims and leave the fatal encounter with drops of blood on their boots.

That’s an inadequate understanding because it excludes the killing-from-a-distance that is now central to America’s forever wars, which have increasingly moved away from ground combat.

According to the nonprofit organization Airwars, the U.S. has conducted more than 91,000 airstrikes in seven major conflict zones since 2001, with at least 22,000 civilians killed and potentially as many as 48,000.

How does America react when it kills civilians? Just last week, we learned that the U.S. military decided that nobody will be held responsible for the August 29 drone attack in Kabul, Afghanistan, that killed 10 members of an Afghan family, including seven children.

After an internal review, Secretary of Defense Lloyd Austin chose to take no action, not even a wrist slap for a single intelligence analyst, drone operator, mission commander, or general.

Pentagon spokesperson John Kirby bizarrely said, “We acknowledge that there were procedural breakdowns” but that “it doesn’t necessarily indicate that an individual or individuals have to be held to account.”