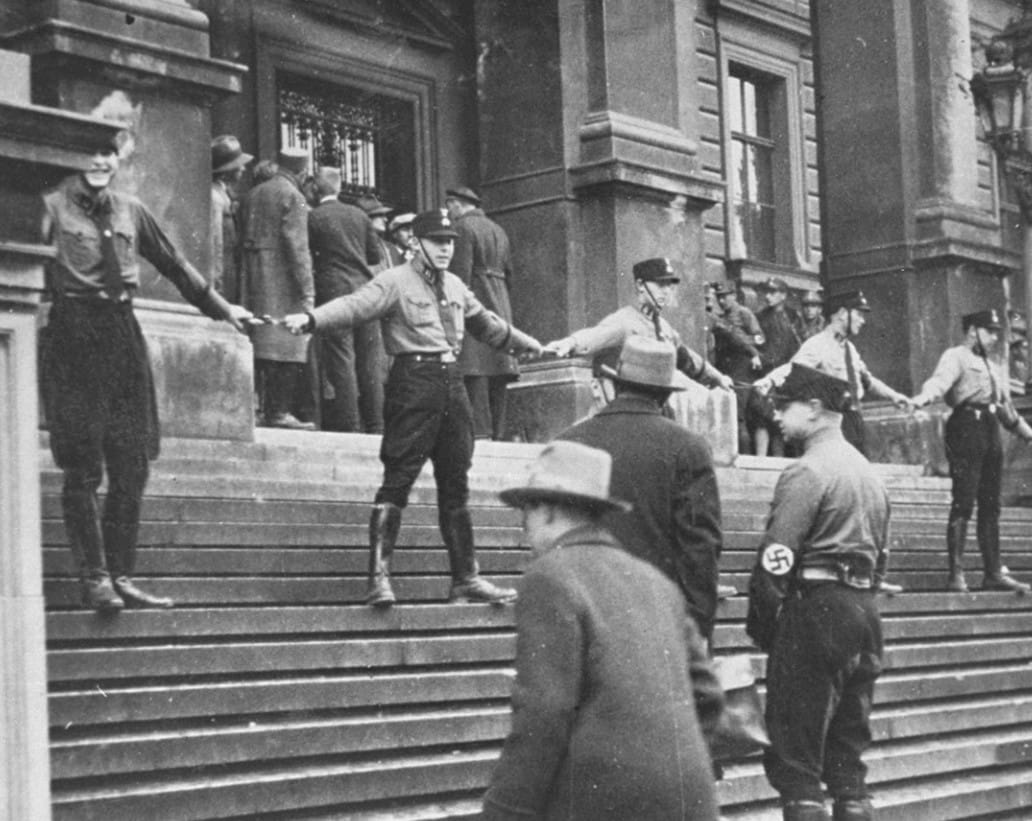 Guardian: Europe’s political approach to the coronavirus pandemic has divided down stark east-west lines, a Guardian analysis has found. 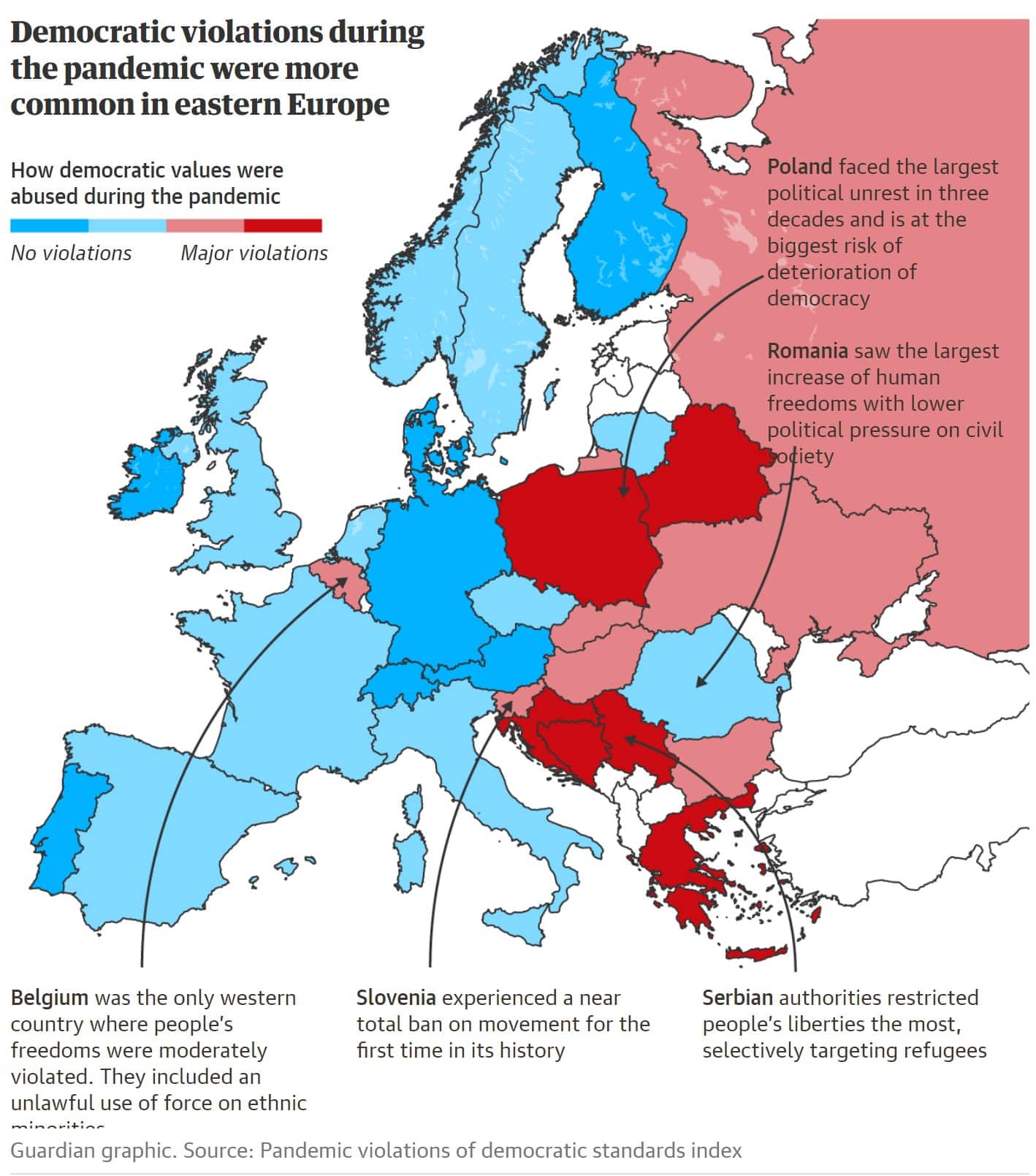 The research also shows that eastern European countries have been more likely to turn to abusive enforcement, disinformation and discriminatory measures, with the most common violation being restrictions on the media.

The worst violations were observed in Serbia, which recorded a violations score three times higher than the European average. Under a special regime implemented in a declared state of emergency, refugees, migrants and asylum seekers were selectively targeted and put under strict 24-hour quarantine, controlled by the military. They were banned from leaving the centres, while support staff were prevented from entering.

Belgium was the only western European country where moderate misconduct occurred. The country recorded ethnic profiling during the pandemic, according to the V-Dem Institute, with abusive police practices disproportionately affecting minority ethnic communities.

The death of a 19-year-old man of north African descent during a police chase prompted anti-racism protests, with people demanding justice and accountability. Later, the UN committee on the elimination of racial discrimination (Cerd) issued a report expressing concerns about the discriminatory police-related acts.  Read more…