Instead of broadcasting live on Saturday, Dec. 25, FFWN presents this special year-end series on the top stories of 2021.

Ron Unz: Collapse of Covid Origins Coverup Was the Biggest Story of 2021

2) Origin of Covid — Following the Clues Did people or nature open Pandora’s box at Wuhan?

3) The Lab-Leak Hypothesis For decades, scientists have been hot-wiring viruses in hopes of preventing a pandemic, not causing one. But what if …?

4) RFK Jr. as America’s #1 HIV/AIDS Denier and the Sounds of Media Silence 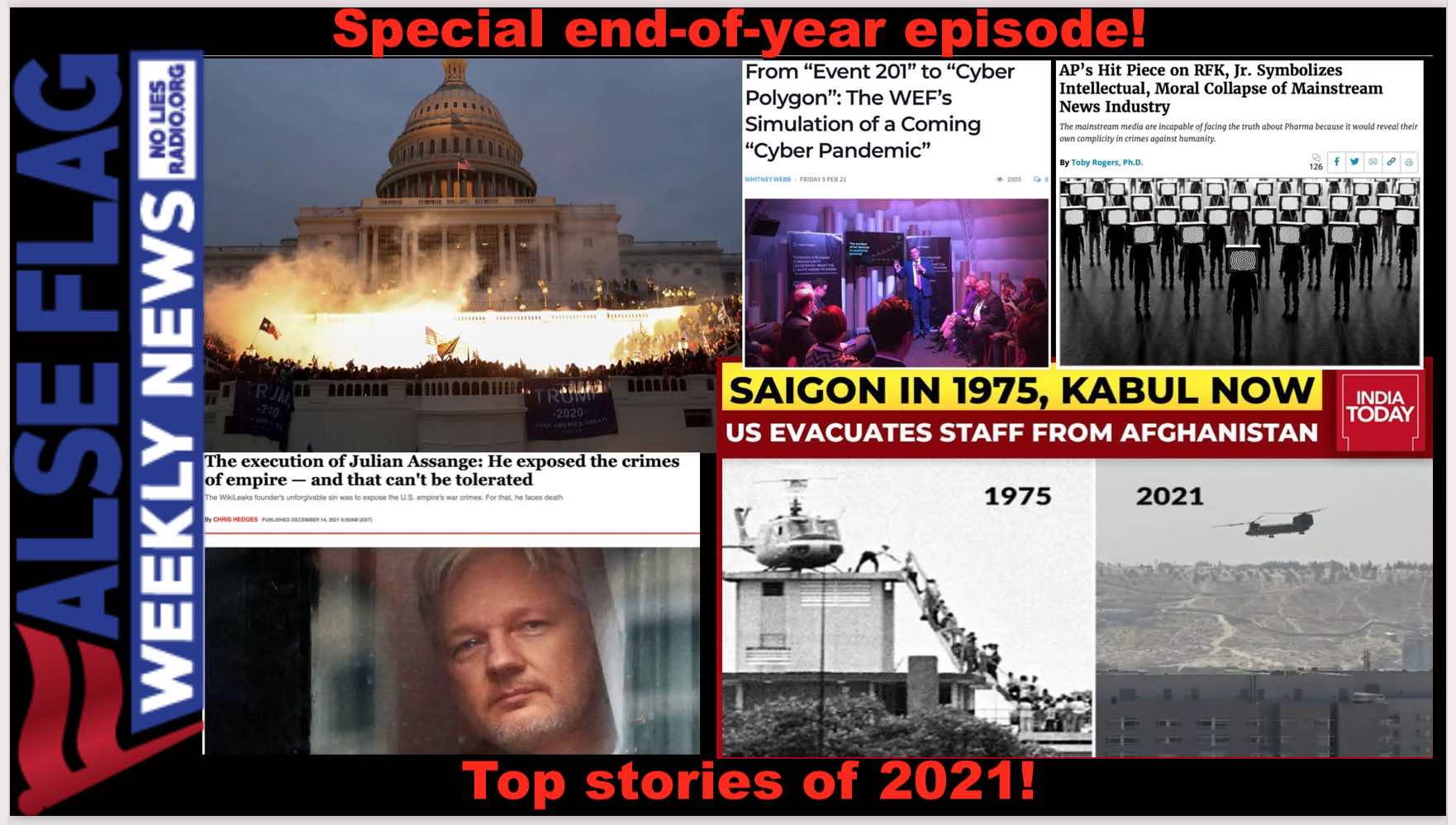 1) From “Event 201” to “Cyber Polygon”: The WEF’s Simulation of a Coming “Cyber Pandemic”
https://thealtworld.com/whitney_webb/from-event-201-to-cyber-polygon-the-wefs-simulation-of-a-coming-cyber-pandemic

2) The Execution of Julian Assange
https://www.strategic-culture.org/news/2021/12/15/the-execution-of-julian-assange/

3) Meet Ray Epps: The Fed-Protected Provocateur Who Appears To Have Led The Very First 1/6 Attack On The U.S. Capitol
https://www.revolver.news/2021/10/meet-ray-epps-the-fed-protected-provocateur-who-appears-to-have-led-the-very-first-1-6-attack-on-the-u-s-capitol/

1) They are mocking the people who believe the false narrative (“delta omicron” anagram for “media control”) https://stevekirsch.substack.com/p/they-are-mocking-the-people-who-believe

5)  More than 40% of people with COVID-19 never show symptoms study finds. What experts have learned about these cases. https://www.usatoday.com/story/news/health/2021/12/14/covid-symptoms-40-coronavirus-cases-asymptomatic-study-finds/6495693001/

5) We’ve Seen the Ultimatum What Is the “or Else”? https://www.unz.com/article/weve-seen-the-ultimatum-what-is-the-or-else/