[ Editor’s Note: This is good news in some respects, with the quick peaking and a greatly reduced death rate. My worry would be looking into the future, for instance, what could happen if Omicron’s lethality increases greatly, on top of its proven lightning infection rate?

By the time the scientists had come up with a new vaccination, the world population would have been reduced way beyond what we have seen so far.

New York City seemed to be happy with this South African news, as it is going ahead with the Times Square traditional New Year’s festivities, even though it has one of the toughest business vaccine mandates in the country.

The greybeards are telling us that the next six weeks or so of Omicron will tell us what we could be looking at for the rest of the new year. One big thing we learned in this infection round is that testing was of limited use in terms of control, as it was spreading so quickly.

However, we have the trailing indicator that health systems around the planet are burned out, especially having to deal with knucklehead unvaxed people, some of whom have been beating up on hospital staff, a lower-class traitor attempting to show you are in charge of the situation.

I will close with a comment on our parallel political virus front, where the living target has been our democracy. Finally the term, Trump Terrorists is emerging, not a joke or hype, but simply how the Trumper effort has so smoothly woven violence into its platform.

The term was put out to get a feel for whether or not the general public can grasp it. Part of its emergence is the dearth of arrests on the wave of death threats against election people and Congress.

Local law enforcement seems to be viewing that situation as a federal responsibility, or maybe it is evidence of Trumpers already having infiltrated law enforcement to the degree needed to stop their terror commandos from being rounded up. Thus ends my cheery missive for today… Jim W. Dean ] 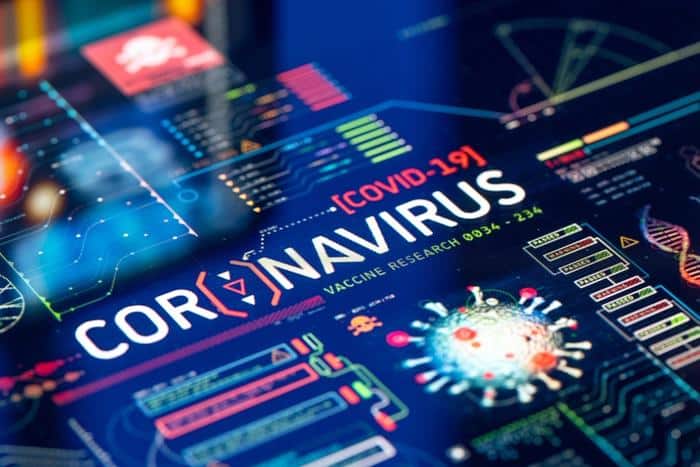 NY Times:  The South African government said Thursday that data from its health department suggested that the country had passed its Omicron peak without a major spike in deaths, offering cautious hope to other countries grappling with the variant.

“The speed with which the Omicron-driven fourth wave rose, peaked and then declined has been staggering,” said Fareed Abdullah of the South African Medical Research Council.

… “A Peak in four weeks and precipitous decline in another two. This Omicron wave is over in the city of Tshwane. It was a flash flood more than a wave.” The rise in deaths over the period was small.

…“We’ll be in for a tough January, as cases will keep going up and peak, and then fall fast,” said Ali Mokdad, a University of Washington epidemiologist who is a former Centers for Disease Control and Prevention scientist. While cases will still overwhelm hospitals, he said, he expects that the proportion of hospitalized cases will be lower than in earlier waves.

…In South Africa, overall case counts have been falling for two weeks, plummeting 30 percent in the last week to an average of less than 11,500 a day.

You can read the full New Tork Times article here.