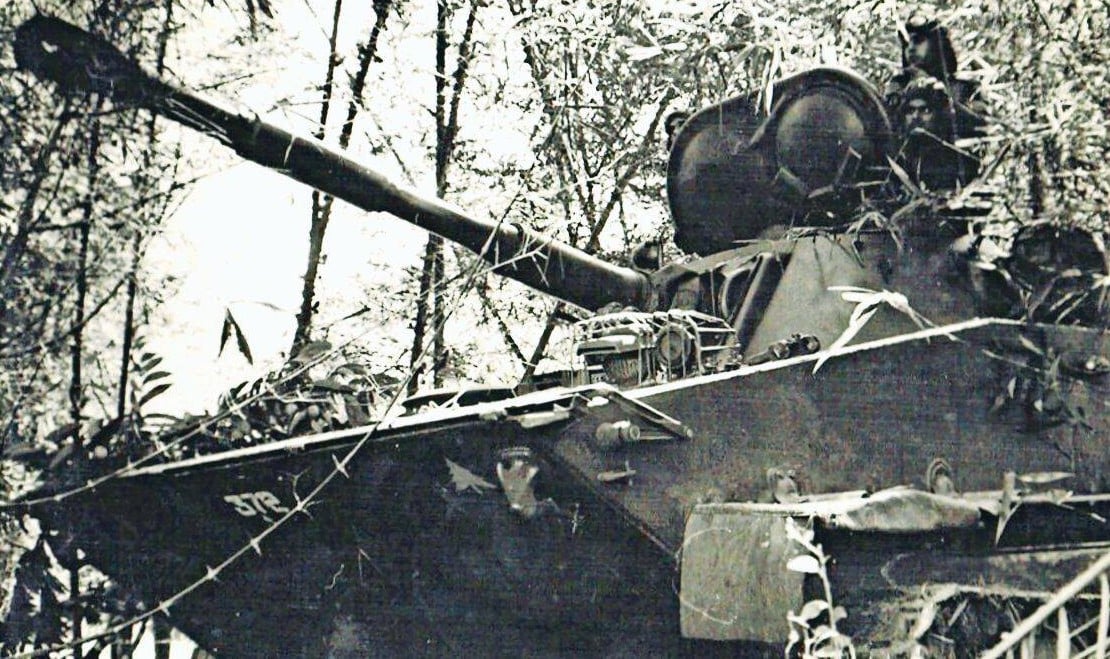 “Nothing in the world can take the place of perseverance. Talent will not; nothing is more common than unsuccessful people with talent. Genius will not; unrewarded genius is almost legendary. Education will not; the world is full of educated derelicts. Perseverance and determination alone are omnipotent.” – Calvin Coolidge

Ayub Khan had taken productive initiatives to remove the grievances of EP and to a large extent had succeeded in alleviating their inequities. The 1965 War and Bhutto-Mujib politics of violence impeded his 1965-70 development plan. Yahya Khan’s 1970-75 development plan was also aimed at removing east-west disparities. What the two military dictators did for EP, no Bengali leader could do.

Did Lt Gen Niazi agree to surrender due to his professional incompetence, lack of vision, and cowardice? Could he have prolonged the war and if so for how long?

Had part of forward troops succeeded in pulling back, could Dacca Bowl be defended by the disheveled bottled up troops, roads choked with traffic, no communications and articulation of command, no logistic system, air defence and protective bunkers, against massive air attacks and guerrilla attacks by variety of Mukti Bahinis (MBs), six East Bengal Regiments (EBR) together with the div size force of Maj Gen Nagra from the north, heli-borne/para droppings, and psy war urging the troops to surrender and go to West Pakistan, or die; and with the two major pincers from the West and the East still across Rivers Padma and Megna, entering Dacca in next 10 days if not earlier? While India could have covered up its slaughter, the thousands dying in the Dacca bowl would have been forgotten as others whose bodies lay buried in Bangladesh (BD).

Initially, the military dictates demanded an exaggerated defensive posture so as to seal the 4096 km long border, and prevent the Mukti Bahini (MB) assisted by Indian military to capture a chunk of land across the border and hoist a BD flag. The whole defensive plan was based on this assumption.

Once the Indian design was discerned in Oct-Nov, Gen Niazi should have promptly put the already conceived most dangerous hypothesis into operation in which a full-fledged Indian offensive was to be tackled. After 21 Nov attacks, he should have understood that territory had lost significance and it was the integrity of East Pakistan (EP) that had to be safeguarded and doctored his operational policy rather than sticking to pre-conceived fantasies.

“Take time to deliberate; but when the time for action arrives, stop thinking and go in.” – Napoleon Bonaparte

Notwithstanding Niazi’s failure to comprehend the nature of threat and take timely measures to counter it, the Higher Command cannot escape its responsibility to correct Niazi’s mistakes. Or was there some truth that the EP was given up?

Concept of defence of EP resting on West Pakistan (WP) had strengthened the anxiety of people of Bengalis that EP was a dispensable commodity. Had a fresh division for EP been raised in time as asked by Lt Gen Yaqub, the need to airlift reinforcements from WP could be avoided.

Except for 14 Division, no other formation was acclimatized and trained in EP to fight in tropical areas with 35 rivers and littered with rivulets. During the monsoons, troops contracted waterborne diseases. 14 Div also didn’t carry out any Corps/Div level exercise.

The right time to exercise the concept of defence of EP resting in WP was on 22 Nov by activating the western front in coordination with redeployment of forces in eastern theatre, and not on 3 Dec since by then the fate of EP had been sealed.

Was it due to hunger for power of Bhutto, or Mujib’s act of treason that EP was cut off from the body of Pakistan?

Was it due to naivety, lechery and flippancy of Gen Yahya that EP was lost? Why did he allow the situation to get to the point that provided India with an excuse to intervene militarily?

Was the choice of hardnose Gen Tikka and Gen Niazi correct? Both were not visionaries and were not humane and compassionate. Their selection meant that Yahya had given up finding a political solution and was not interested in nursing the wounds of Bengalis. He was extremely annoyed with Lt Gen Sahibzada for resigning under stress and demoted him. Man like Lt Gen Azam Khan was required to win the hearts and minds of Bengalis.

If Mujib had been allowed to form a government in EP, would he have been able to run it successfully on his own. He couldn’t even manage his home ground. He along with his entire family less Hasina Wajid who was abroad were killed on 15 August 1975 by BD Army soldiers.

Bhutto had coaxed President Ayub to launch Operation Gibraltar in Occupied Kashmir in Aug 1965 with mala fide intentions to block the growing prosperity of Pakistan and to make the military leader unpopular. He didn’t help Ayub in the peaceful transfer of power to the political parties in March 1969. Instead of cooperating in transferring power to AL by attending the inaugural session on 03 March 1971, he persuaded Yahya to postpone it, and then prodded him to use military force against the AL, and he extolled the March 25 crackdown. Had he not torn up the Polish resolution, the armed forces personnel in EP would have returned home honorably and there was a good chance of a political settlement for a confederation.

Notwithstanding the unenviable role of Yahya, Mujib, Bhutto and Niazi, who happened to be on the centre stage in 1971 and had wrecked the boat in the final moments, I feel the chipping of the foundations of Pakistan started soon after the Partition!

The pernicious role of the leaders after Quaid-e-Azam and Liaqat Ali, who failed to work out a strategy to integrate the two widely apart provinces, and allowed hatred among the Bengalis to well-up. The crucial formative years were wasted by selfish and myopic leaders who placed self before national interests.

The problem of alienation of people of EP should be placed in a longer historical perspective and not just in the context of 1970-71. By 1970, the candle was at its fag end and tremulously flickering before dying out. The situation worsened to an extent that the leaders became totally helpless to stem the tide of disintegration.

East Pakistan was lost because the country was internally polarized, externally isolated, politically fragile, militarily weak and professionally not well led. Letting Sheikh Mujib off the hook in 1968 in spite of Ayub’s pleadings was a big mistake.

Yahya Khan could be blamed for his political juvenility, his love for wine and women, and his unintended blunders, which made the situation in EP explosive. Lt Gen Tikka Khan may be made accountable for using excessive force on 25 March that alienated the Bengalis. Lt Gen Niazi could be held responsible for his moral failings and his lack of vision to comprehend the magnitude of the military situation and take timely actions to restore the operational balance after 21 Nov, and for capitulating under pressure. None of the three can be declared traitors for having conspired to amputate Pakistan. They strove hard to keep Pakistan united. The same may not be true for Sheikh Mujib and ZA Bhutto since both assiduously worked towards breaking Pakistan into two parts and didn’t rest till it was broken.

It is unfortunate that even after a lapse of 50 years, we have still not been able to determine the real causes and the ones responsible for the break-up. Although the Hamoodur Rahman Commission Report gave an account of the EP tragedy and pinpointed the wrongdoers, the probe was politically motivated and was given a narrow scope to absolve Bhutto.

The military alone was not responsible for the separation of EP, but it was the cumulative result of psycho-socio-politico-economic factors. It was the combined act of many persons at various stages of our checkered history that led to the debacle. The Indian factor of course had played a significant role in keeping Pakistan at the edge of the precipice.

Tribute to the Brave Hearts

There can be no other example in military history where the relative strength of the opposing sides and operational environment were so grossly unmatched.

In Nov-Dec 1971, the battle casualty rate of Pak troops devoid of air cover, had surged to 100 a day and the injured were left to die due to non-availability of medical facilities. The units didn’t have an intelligence picture of the enemy and flanking units; they groped in the dark and faced attacks from front, rear and flanks.

Indian forces supported by air on the other hand were guided by the MB about deployments, heavy weapons, minefields and gaps to facilitate their outflanking movements. It was more of a one-sided exercise with troops for the Indian Army which had no fear of the unknown, and in no way can be termed as a military campaign leading to victory.

The troops, EPCAF and the Razakars fought lacs of rebels supported by Indian soldiers for nine months tenaciously to safeguard the motherland, suffered heavy casualties and got fatigued. The way the junior leaders and men of Pak Army fought the invading Indian forces with extraordinary grit and tenacity has few parallels in the annals of military history. They were the real firebrands and our assets. Had the ceasefire orders not been given, they would have continued to fight. They inflicted 15000 casualties upon Indian forces. Given the odds, no army in the world could have done any better. This contention was admitted by Field Marshal Sam Manekshaw in his interviews.