Home World Neocons bent on starting another disaster in Ukraine 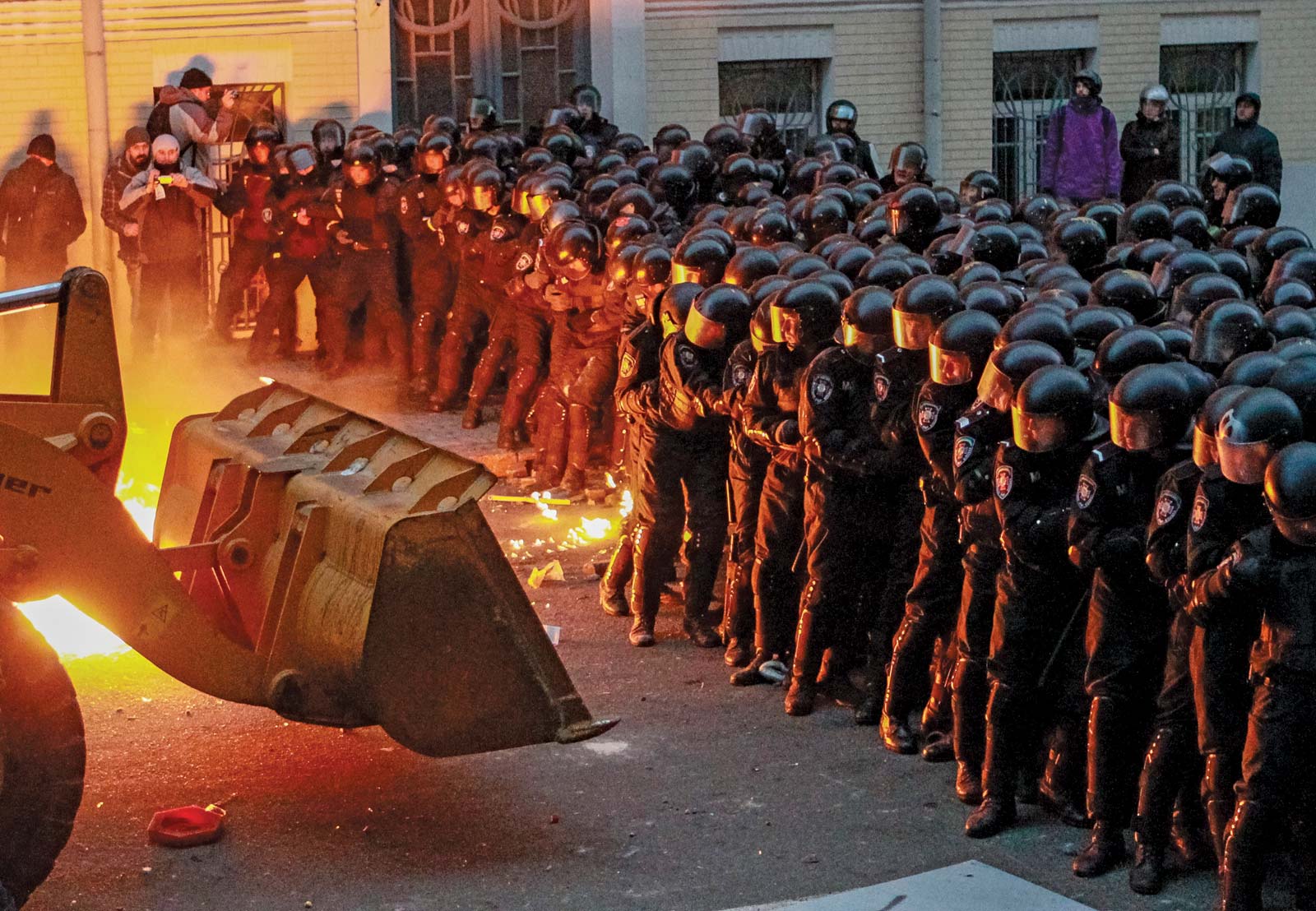 JEA: If you think that the Neocons and their puppets have been vanished from the pages of history, then you ain’t seen nothing yet. Read the following article by James Carden.

If anything, Washington’s neoconservatives have an unerring instinct for survival. Having brought about multiple disasters in the two decades since the terror attacks of September 11, 2001, from the Iraq war to the twin debacles in Libya and Syria, the neocons seem to have perfected the art of failing up.

Harvard University’s Stephen Walt once quipped that “Being a Neocon Means Never Having to Say You’re Sorry.” And in this regard, the story of the Kagan family is instructive.

Robert Kagan, a contributing columnist for The Washington Post, a senior fellow at the Brookings Institution, and author of pseudo-histories such as The Jungle Grows Back, has for years been a leading advocate of American militarism.

His brother Frederick is a resident scholar at the neoconservative American Enterprise Institute. Writing in The Hill on December 7, Frederick Kagan claimed that Russian control of Ukraine “would create an existential threat to Poland and even to Romania – one that could be met only by major deployments of US and European ground and air forces to what could become a new Iron Curtain.”

He and his wife Kimberly, who heads the Institute for the Study of War – another pro-war Washington think-tank – were close advisers to the disgraced general and former Central Intelligence Agency director David Petraeus. Indeed, both Frederick and his wife are frequently cited as the brains behind the surge strategy pursued by George W Bush’s administration in 2007-2008.

But the most powerful member of the Kagan clan is Victoria Nuland, who is the wife of Robert and is the US undersecretary of state for political affairs.

Under Barack Obama, Nuland served as the State Department spokeswoman, a position for which she was manifestly overqualified (and that becomes especially clear if one takes the qualifications of the current spokesman into consideration), before assuming the role of assistant secretary of state for European and Eurasian affairs.

It was in this role that Nuland helped orchestrate the overthrow of a democratically elected president of Ukraine, Viktor Yanukovych, in February 2014 that led to a civil war in which more than 13,000 people have died, according to the United Nations.

Part of the reason the US is at grave risk of a war with Russia – and there is precious little debate about the policies that have brought us to this point – is that foreign policy in Washington is conducted by a virtually closed circle.

And that circle is dominated by people like the Kagans.

Washington’s legacy media organizations play their part in perpetuating these foreign policies as well by functioning as the permanent bureaucracy’s echo chamber. For proof, look no further than the Washington Post editorial page, which from the very start of the Ukraine crisis has been cavalierly dismissing calls for diplomacy and engagement and, instead, has been calling for outright war.

An example of this is the Washington Post view published on its editorial page on August 21, 2014:

“… It is tempting to look for a ceasefire or some kind of time out that would lead to a period of diplomatic negotiation. But what would a pause and diplomacy accomplish? Any negotiations that leave this blight festering in Ukraine must be avoided. The only acceptable solution is for [Russian President Vladimir] Putin’s aggression to be reversed.”

As Jacob Heilbrunn, the editor of The National Interest, and I commented at the time, “Almost as bad as the callousness on display is the lack of candor. At no point did the [Washington] Post actually explain how it would propose to go about reversing Putin’s aggression.”

This remains the case even today. At no point do the armchair warriors braying for war with Russia over Ukraine discuss how such a “reversal” might be carried out, or, even more tellingly, what the odds might be of a successful outcome of a war between the US and Russia.

Not much has changed since the start of the Ukrainian crisis nearly eight years ago. Consider for a moment the testimony on “Update on US-Russia Policy” by Nuland made before the US Senate Foreign Relations Committee (SFRC) on December 7.

“We don’t know whether Russian President Putin has made a decision to attack Ukraine or overthrow its government but we do know he is building the capacity to do so. Much of this comes right out of Putin’s 2014 playbook but this time, it is on a much larger and more lethal scale. So despite our uncertainty about exact intentions and timing, we must prepare for all contingencies, even as we push Russia to reverse course.”

Nuland went on to note that the US government has given $2.4 billion to Ukraine since 2014 “in security assistance,” which includes $450 million so far this year alone.

What, one wonders, has been the United States’ return on this massive investment?

SFRC chairman Bob Menendez seems to be under the impression that the Russians do not have the overwhelming military advantage on their own border. Likewise, Democratic Senator Ben Cardin intoned that a Russian invasion of Ukraine would “require us [the US] to escalate.”

Republican Senator Todd Young, meanwhile, pressed Nuland on “what measures are being considered by the administration to counter Russian aggression,” while Democrat Jeanne Shaheen indicated that during her conversations with members of parliament from Estonia, they spoke about the importance of “European unity with respect to Ukraine.”

Also, the MPs from Estonia along with Poland and other Eastern European countries expressed anxiousness about “whether or not to station more troops in the Baltic nations,” Shaheen said.

The most astute comment of the day came from Republican Senator Ron Johnson, who was clearly proud that the committee had achieved a rare bipartisan agreement. He further emphasized that the US stands “united” in support of Ukraine and against Russia.

And Johnson was absolutely correct: The committee was completely united in its desire for conflict over Ukraine, with which the US has no treaty obligations whatsoever.

Indeed, both Nuland and the SFRC seem to see US national interests where none exist. More worrying still, they seem to possess a kind of blind faith in America’s ability, indeed duty, to shape outcomes of conflicts that are taking place thousands of miles from our shores through a combination of sanctions and military threats.

The SFRC hearing showed, if nothing else, that American foreign policy is held hostage by a venal, avaricious and, above all, reckless clique of elites: from the members of the SFRC to the high government officials who testify before them; from the staffers who brief them to the scholars and policy hands on whom the staffers rely; right down to the reporters and journalists who uncritically regurgitate what they are told by their “anonymous” administration sources.

As such, one of the most urgent questions before us is: How do Americans of good conscience finally break their stranglehold on power before it’s too late?

James W Carden is a writing fellow at Globetrotter and a former adviser to the US State Department. Previously, he was a contributing writer on foreign affairs at The Nation, and his work has also appeared in the Quincy Institute’s Responsible Statecraft, the American Conservative, Asia Times, and more. More by James Carden