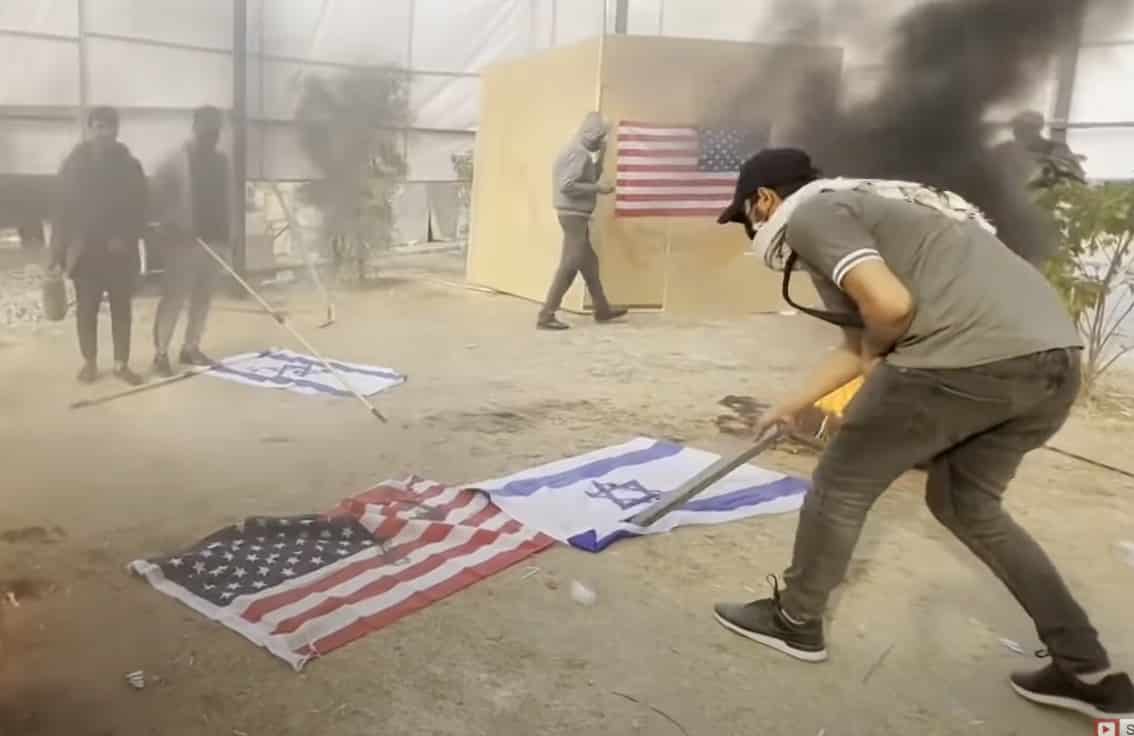 RT: Thousands of protesters have descended on Baghdad to mourn the killing of Iranian Quds Force leader Maj.Gen. Qassem Soleimani on Iraqi soil, marking the death of the beloved military leader by calling for the US to leave Iraq.

The demonstrators observed the second anniversary of Soleimani’s murder on Friday by chanting “Death to America” and carrying signs demanding the US withdraw its forces from Iraq once and for all. The Iraqi Parliament responded to the 2019 US drone strike that killed Soleimani and Iraqi Popular Mobilization Forces leader Abu Mahdi al-Muhandis with a non-binding resolution demanding the expulsion of foreign troops from Iraq. However, thousands of US forces remain in the country.

The Iraqi government’s tacit acceptance of their presence has become increasingly intolerable to those who see it as collaborating with the US. That’s especially given what they see as the government’s lack of transparency in investigating the murders of Soleimani and Muhandis.

During Friday’s demonstrations, the PMF constructed a replica of the US Embassy compound that protesters then sprayed with graffiti and set on fire. Video of the protest shows participants waving Iraqi flags and chanting “Your time is up!” as the structure burns, in reference to the ongoing American troop presence in the country.

Iran swore vengeance following the January 3 airstrike and responded with a volley of missiles that struck two US-occupied bases. While no US service members were reported killed, 110 were ultimately diagnosed with traumatic brain injuries, apparently due to their proximity to the blasts. The Iraqi government noted that Tehran had tipped off Baghdad beforehand, allowing Washington to be notified of the incoming missiles and avoid casualties.

While then-President Donald Trump claimed the airstrike against Soleimani was in response to planned Iranian-backed attacks on the US in Iraq, he did not produce any evidence of such plots. US officials later admitted that Soleimani was merely “saying bad things” about the US, rather than plotting any specific attack.

The Trump administration arguably spent years escalating tensions with Iran, from the murder of Soleimani to endless sanctions to the unjustified withdrawal of the US from the Iranian nuclear deal. While its actions did not bring about direct military conflict, Iran’s Foreign Ministry declared on Friday that the Biden administration has inherited responsibility for the “terrorist attack that was orchestrated and carried out in an organized manner” by the Trump administration. He added that Iran will continue to attempt to prosecute those it believes to be responsible for the Quds Force commander’s death.