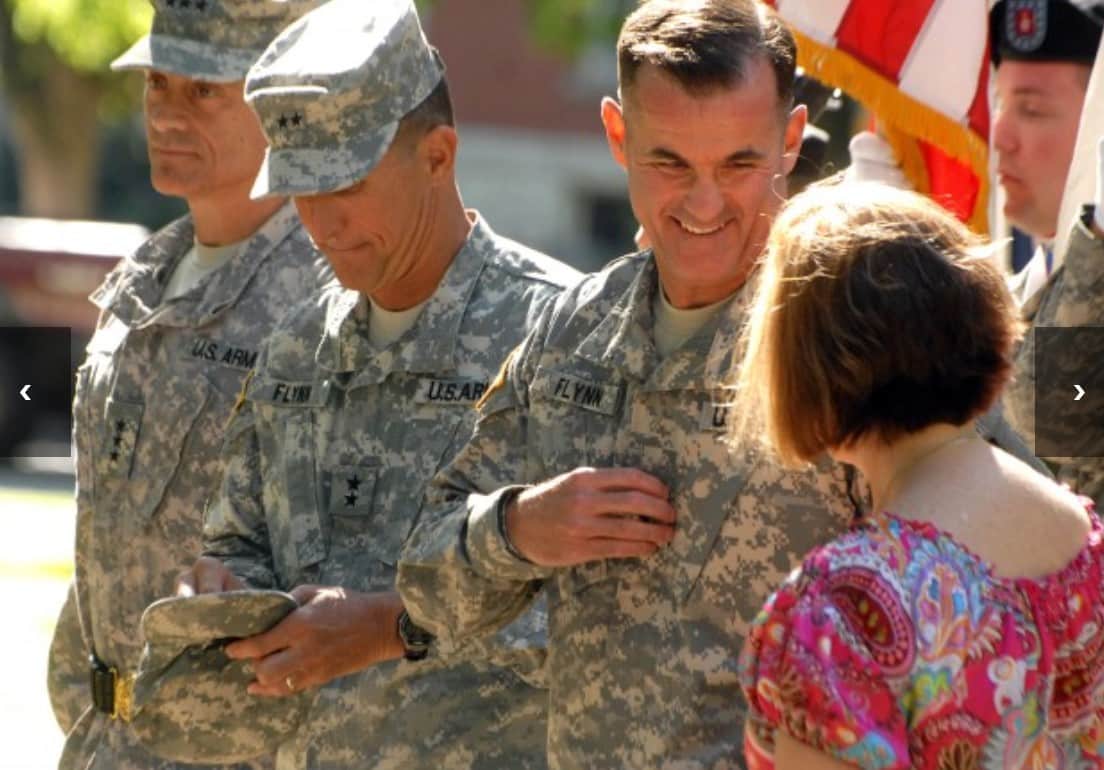 This story originates from a Russian government source known to spread pro-Trump propaganda.

Thursday will mark the one-year anniversary of the 6 January attack on the US Capitol complex by a mob of pro-Trump protesters convinced the 2020 election had been stolen. The former president’s adversaries have accused the rioters of attempting a “coup” against Joe Biden, while supporters claim the election itself was a “coup.”

Rogue elements within the US military might stage a coup attempt in the US after the upcoming 2024 presidential election, US Army Maj. Gen (ret) Paul Eaton has warned.

“The real question is, does everybody understand who the duly elected president is? If that is not a clear cut understanding, that can infect the rank and file or at any level in the US military,” Eaton told NPR.

“If you have that kind of confusion around the 2020 election, it is not outlandish to consider that you’re going to have a little bit of confusion and that confusion could slip into the ranks of the US military,” the retired officer added, with “confusion” being a reference to allegations made by former president Donald Trump that the 2020 vote was “rigged” using manipulated voting machines and fake mail-in ballots in swing states.

Eaton pointed to the 124 retired US generals and admirals who signed a joint letter in May challenging the outcome of the 2020 election and questioning President Biden’s mental fitness. The officers warned in their letter that America’s “Constitutional Republic” would be “lost” without “fair and honest elections that accurately reflect the ‘will of the people’,” and asked the FBI and the Supreme court to “act swiftly when election irregularities are surfaced,” instead of “ignor[ing] them as was done in 2020.”

Deeming an actual attempt of a coup being a “low probability, high impact” possibility at this stage, Eaton warned that it was “an eventuality that we need to prepare for,” including through wargames, education and being on the lookout for unconstitutional thoughts among the troops.

“The concern is to ensure that we have a very clear understanding of the ‘support and defend the Constitution of the United States’ part of our oath and that everybody in the US military truly understands how that oath works and how to understand the civilian leadership of the US military,” the retired general said.

Eaton stressed that the military knows its staff “very well,” and warned that “if there is any doubt in the loyalty and the willingness to follow the oath of the United States, the ‘support and defend’ part of the US Constitution, then those folks need to be identified and addressed in some capacity.”

Eaton and two of his comrades, Maj. Gen. (ret) Antonio Taguba and Brig. Gen. (ret) Steven Anderson penned an op-ed in the Washington Post last month urging the military to “prepare now for a 2024 insurrection.”

The generals urged the Biden administration to conduct a “civics review” and reinforce “unity of command” to “make perfectly clear to every member of the Defence Department whom they answer to” in a worst-case scenario. They also urged all branches of the military to snoop on troops to “identify, isolate and remove potential mutineers” and halt the spread of subversive “misinformation.”

Eaton’s comments come amid continued concerns over the unity and integrity of America’s power structures as large swathes of the population continue to believe that Donald Trump won the 2020 election.

Last week, a University of Massachusetts Amherst poll found that 33 percent of Americans see Biden’s 2020 victory as illegitimate. Among Republicans, 71 percent were said to hold this view. Another poll by Redfield & Wilton Strategies found President Biden trailing behind Trump 38 percent to 44 percent in a hypothetical 2024 matchup.

Trump Faces Slim Chance of Up to 20 Years in Jail if Capitol Riot Probe Slaps Him With Obstruction
Throughout his tenure in office, Trump enjoyed widespread support from members of the military for his promises to increase the military budget while bringing troops home from conflicts abroad. Trump handily edged out Biden in terms of total donations from service members in the 2020 election cycle.