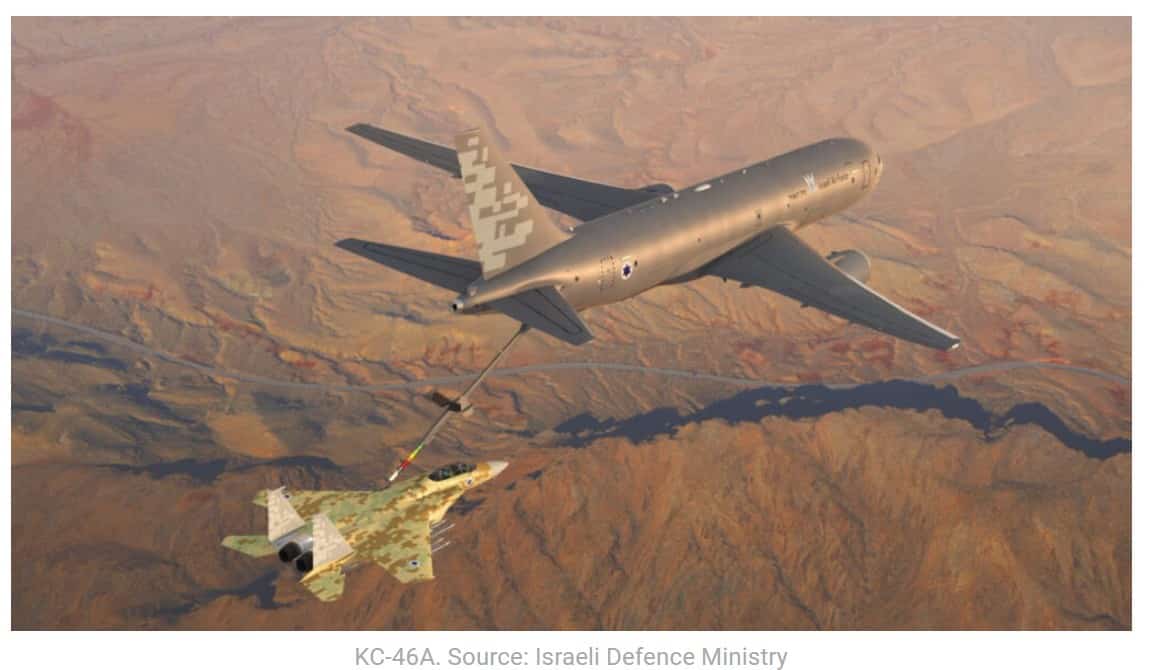 Tel Aviv has signed a deal with Washington to buy more than a dozen of aircraft as part of an upgrade of Israel’s air force capabilities. This was revealed by the Israeli Defense Ministry on December 31.

The Letters of Offer and Acceptance were signed by the US Defense Department’s Procurement Delegation on December 30.

The total price of the deal is estimated at around USD $3.1 billion. It includes USD $2 billion deal for the helicopters and the $1.1 billion worth agreement for the procurement of two Boeing KC-46 refueling aircraft. The new aircraft are aimed to replace the Israel Air Force’s fleet of Yasur heavy-lift helicopters and Ra’am (Boeing 707) tanker aircraft that are required for long-range missions. The oldest Boeing 707 was built in 1958 and the youngest ones are from the 1970s.

The first batch of helicopters is scheduled to 2026. As for the refueling planes, Israeli Brigadier-General Shimon Tsentsiper had previously claimed that they would not be delivered before 2025. According to Al Arabia report, he said Israel was trying to bring forward the delivery of the KC-46s, and eventually wanted a total of four of them.

In March 2020, the Defense Security Cooperation Agency (DSCA) of the US Department of Defense sent a notification to the US Congress about the planned upcoming sale of eight Boeing KC–46A Pegasus tanker aircraft to Israel through its FMS program. The total cost of the proposed delivery was estimated at $2.4 billion, including equipment, spare parts, training and technical support packages.

On February 22, 2021, the Israeli Ministry of Defense announced the signing of Letters of Offer and Acceptance with the United States on the purchase of two Boeing KC-46 A Pegasus tanker aircraft through the US Foreign Military Sales (FMS) program. Thus, together with the December 30 deal, Tel Aviv has finally agreed to get four new tankers.

However, the U.S.-Israeli negotiations faced some challenges. Two weeks ago Washington reportedly denied Jerusalem’s request to expedite the delivery of two KC-46s.

The reason given was the growing backlog of late deliveries to the U.S. Air Force.

However, taking into account the eighth round of negotiations between Tehran and Washington on the revival of the Joint Comprehensive Plan (JCPOA) that started at the end of December in Vienna, the U.S. decision could be a sign of Washington’s readiness to delay the potential Israeli massive air attack on Iranian nuclear facilities.

With a range of 11,830 km and the capacity to carry 207,000 pounds of fuel, the KC-46 can refuel over 64 different types of aircraft and allow dozens of jets to remain airborne for up to 12 hours. The new refueling planes could play a crucial role in carrying out a potential air strike on Iran’s nuclear facilities.

Brigadier-General Shimon Tsentsiper  commented on this issue, saying that the current refueling capacities of the Israeli Air Forces are sufficient for its missions.

The fate of the Iran’s nuclear developments depends on the ongoing negotiation process in Vienna. The new deal between Washington and Tel Aviv could be a sign of another failure in nuclear talks with Tehran.