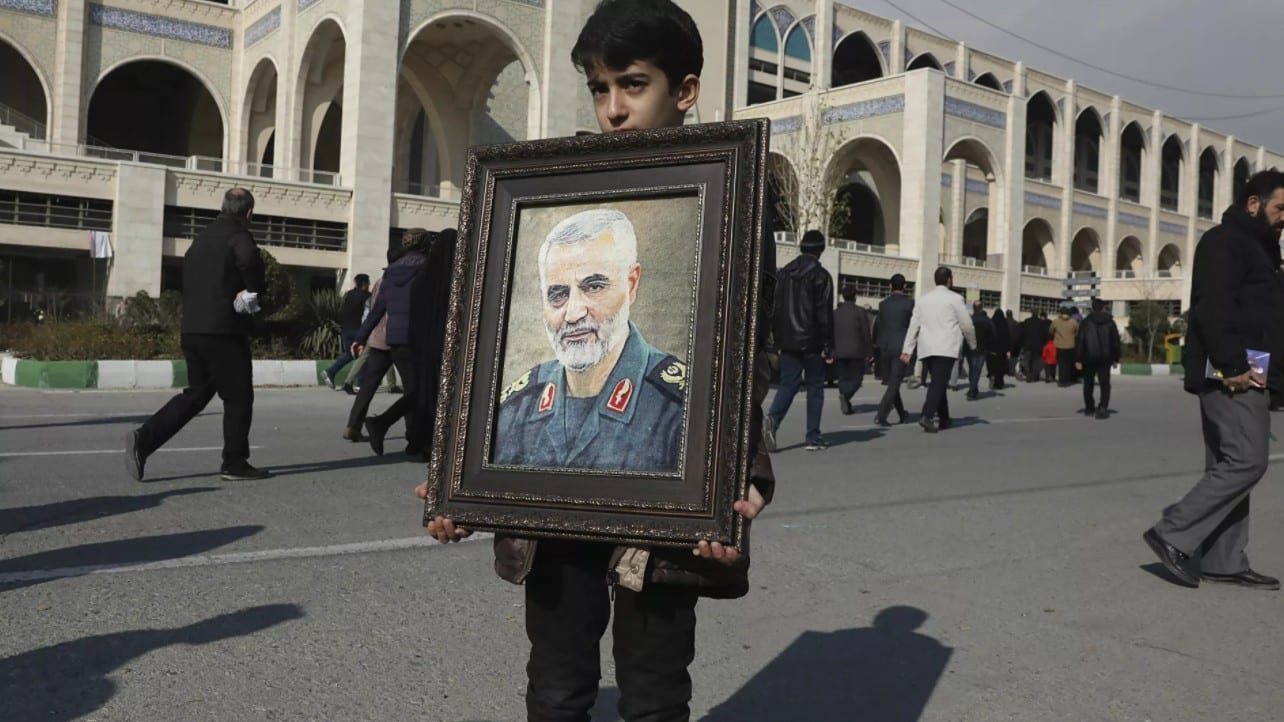 Tehran has identified 125 persons, mostly members of the Trump administration, suspected of involvement in the “terrorist act” assassination of anti-terror commander Qasem Soleimani, Kazem Gharibabadi, Iran’s deputy chief of the judiciary for international affairs, has said.

“The Islamic Republic of Iran is determined to cooperate with Iraq, as the country where the crime took place, to identify all perpetrators, sponsors, and plotters, and bring them to justice,” Gharibabadi said, speaking to Iranian television Sunday night.

“The Iraqi government has filed a case in this regard, and we have had interactions with Baghdad. General Soleimani, as the flag-bearer of the fight against terrorism, was an Iranian citizen and therefore we will handle this case according to [Iran’s] Islamic Penal Code,” the official clarified.

Gharibabadi stressed that “General Soleimani was on a non-military operation on the night of his martyrdom,” and that his killing could be characterised as a “crime against humanity.”

“No individual, institution, country, or political faction involved in the assassination of General Soleimani can be able to enjoy immunity,” the official said.

Baghdad’s investigative court put an arrest warrant out on former president Donald Trump in January 2021. Iran issued a similar warrant against Trump and 35 other individuals in mid-2020, but Interpol dismissed the Islamic Republic’s calls for assistance, citing the case’s supposed “political” nature.

Trump has boasted repeatedly about “getting” Soleimani, calling him a “monster” and saying braggadociously that the anti-terror commander was “bigger by many, many times” than the late al-Qaeda* leader Osama bin Laden.

In his remarks to Iranian television, Gharibabadi emphasised that Trump’s comments are admissible as evidence. “Former US President Donald Trump is at the head of those involved in ordering the execution of this terrorist crime. Trump himself admitted that he ordered the execution of this terrorist act and considers it an honour for himself. His confession is considered as a credible document in international court,” the official noted.

In a related development, Iranian Ambassador to the United Nations Majid Takht Ravanchi sent a letter to the UN Security Council calling on the United States and Israel to be held responsible for Soleimani’s death.

“Given the dire implications of this terrorist act on international peace and security, the Security Council must live up to its Charter-based responsibilities an hold the United States and the Israeli regime to account for planning, supporting and committing that terrorist act,” Ravanchi wrote.

Soleimani’s murder, Ravanchi suggested, became “a big gift and service to Daesh* and other Security Council designated terrorist groups in the region who welcomed his assassination.”

Iranians marked the second anniversary of Soleimani’s death on Monday, with commemorative events taking place across the country and across the region. In addition to being a much-praised public figure among Iran’s political elite, Soleimani was beloved by many Iranians, including even those not traditionally supportive of the country’s Islamic Republican system, for his decades-long efforts to fight Islamist extremism and Western imperialism. Under his command, the Revolutionary Guard Quds Force fought Daesh, al-Qaeda and other terrorists across Iraq and Syria, and supported Lebanon’s Hezbollah during the 2006 Lebanon War against Israel.

Amid commemorations of Soleimani’s death, the Revolutionary Guard has taken solace in America’s faltering fortunes in the region, with a spokesman for the organisation saying  Sunday that “just as the Americans left Afghanistan in humiliation, so too will they have to leave other countries of the region as well,” with withdrawal being “the first punishment that they have to suffer” for the Quds commander’s death.

Soleimani’s daughter, Zeinab, echoed this sentiment, telling mourners at a ceremony at Baghdad’s International Airport on Sunday that the tears of grief for her father’s loss would soon turn to tears of happiness “as dear Iraq and all regional countries” are freed of US presence.

Iraqi lawmakers approved a resolution in January 2020 demanding the immediate withdrawal of all US forces from the country, with Baghdad-allied Shia militias carrying out rocket attacks against US bases and logistical convoys. After initial resistance, the Trump administration slowly began scaling back its presence in the country and handing bases over to the Iraqi military, with troop numbers declining from 5,300 to 2,500 by the time Trump left office.

Trump’s successor, Joe Biden, penned a security agreement with the Iraqi government in July promising a formal end to the US combat mission in Iraq by the end of 2021, with the remaining troops formally reassigned to non-combat support and training on 9 December. Iraq’s powerful Shia parties and militias rejected the ‘rebranded’ US presence, warning that America must withdraw from the country entirely and threatening to wage war against the foreign troops until they are gone.

* Daesh (ISIS) and al-Qaeda are terrorist groups outlawed in Russia and many other countries.