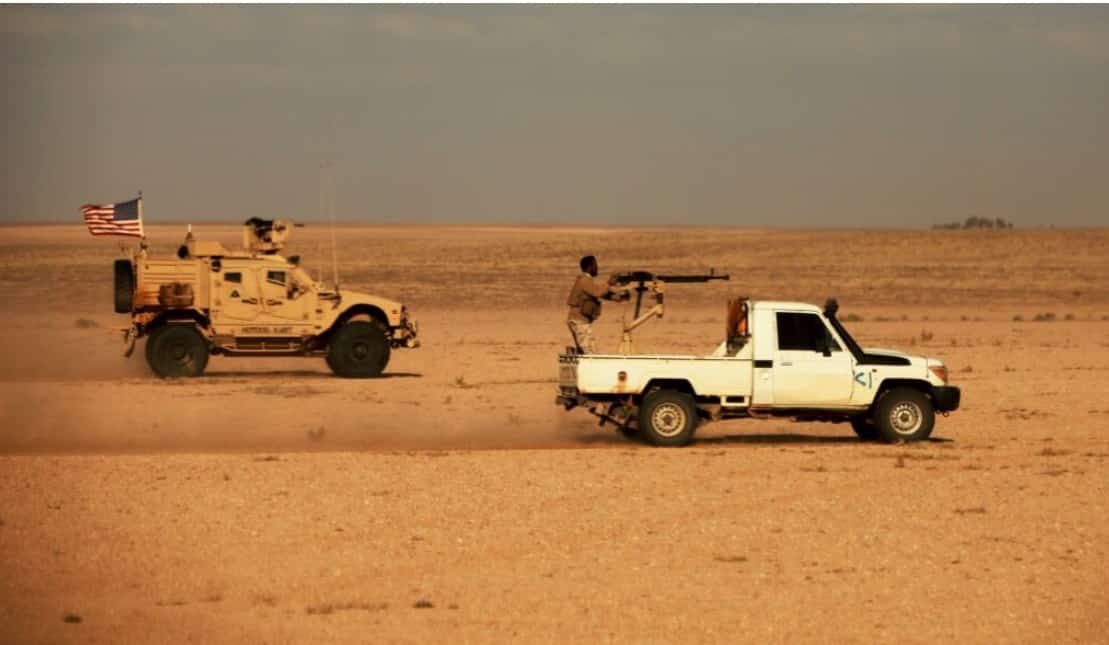 The US-led coalition had withdrawn most of its troops from the al-Tanf garrison in southeastern Syria to Jordan, the Syrian Observatory for Human Rights (SOHR) reported on January 3.

According to the London-based monitoring group, the coalition took the step out of fear that pro-Iranian forces in Syria or Iraq may attack the garrison with suicide drones or rockets to honor the memory of Abu Mahdi al-Muhandis, Deputy-Commander of the Popular Mobilization Units, and Iran’s Quds Force Commander, Maj. Gen. Qassim Soleimani, who were assassinated by the US exactly two years ago.

“The coalition kept a number of its troops at the base within special shelters that are difficult to penetrate, and the bulk of the troops withdrew to Jordan,” the SOHR’s report reads.

The US-led coalition also ordered its main proxy group at al-Tanf, the Revolutionary Commando Army (MaT), to deploy its fighters outside of the garrison.

Around 200 US troops and some 300 MaT fighters are usually deployed at al-Tanf garrison. The US-led coalition maintains a 55 kilometers no-fly, no-drive zone around the garrison.

On October 20, al-Tanf came under attack. The garrison was targeted with five suicide drones and indirect fire. The attack resulted in some serious material damage. However, there were no casualties. On December 14, a warplane of the Royal Air Force shot down one of two small drones that breached al-Tanf’s no-fly zone.

US officials believe that Iran or Iranian-backed forces were behind both the October 20 attack and the December 14 drone incident.

The US claims that its forces are present in al-Tanf to counter ISIS in Syria’s central and southern regions. However, the garrison was in fact established in 2016 to block a strategic highway that links the Syrian capital, Damascus, with Iraqi capital, Baghdad.

Fearing New Attack, US Pull Most Of Its Troops Out From Al-Tanf In Southeastern Syria