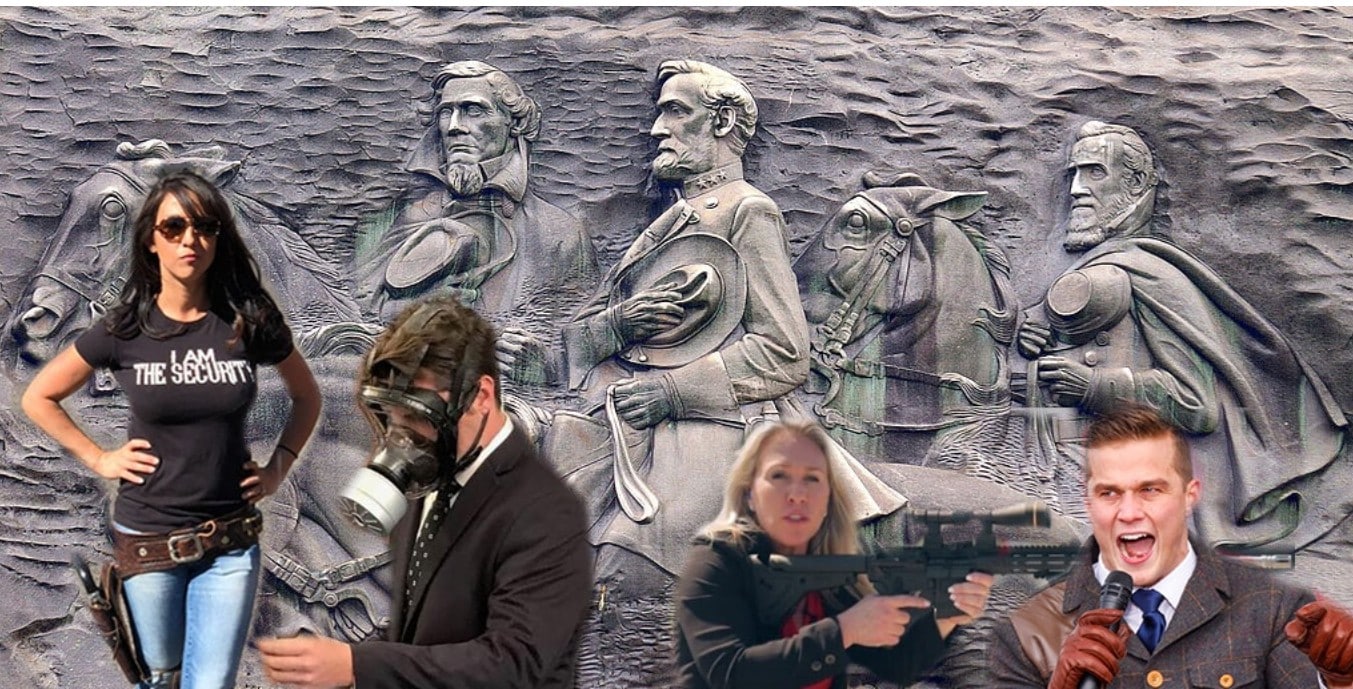 The Republican Party styling itself “the Party of Lincoln” is like the Emperor Palpatine branding the Dark Side of the Force “the Jedi of Anakin Skywalker.” It may technically be true, but it’s extremely misleading.

Unfortunately, the modern GOP has more in common with Democrats of 1860 than Republicans of that same era—with one notable exception. While the men who formed and led the Confederacy believed in something inherently and unforgivably evil—the institution of slavery, and the disgusting racism it was built upon—they were all possessed of positive attributes.

Jefferson Davis, the Mississippi Senator who became president of the C.S.A., was a hero of the Mexican War whom the historian Shelby Foote describes as the most intellectual member of Congress. Alexander Stephens, his vice president, was a noted orator.

Robert E. Lee may have been responsible for more American deaths than any single individual until Trump came along, but he was dashing, brilliant, and charismatic—he was Lincoln’s first choice to lead the Union army.

Heck, even John Wilkes Booth was a professional actor from a family of great renown, not some schmuck the Rebels found on Explore Talent. Reading about the Civil War, we can understand, if never condone, why a Jeff Davis or a General Lee would inspire other Southerners. They were impressive people.

Liz Cheney notwithstanding, modern Republicans have no such notables in their ranks. The GOP is the party of poltroons, panderers, pedophiles, and cosplayers. Below are some of the heroes of the party faithful.

They get plenty of attention in the media, both mainstream and social, and they raise a shit-ton of money. Why is that? Seriously: why are people so obviously horrible, so devoid of redeeming qualities, so popular? I’m genuinely asking. I don’t understand it at all.

“I like Ted Cruz more than most of my other colleagues like Ted Cruz,” Al Franken once quipped, “and I hate Ted Cruz.” Fat Wolverine has publicly humiliated himself so many times that I sometimes wonder if public humiliation is his kink—if he legit gets off on people mocking him. (Yes, that is a real thing.)

Cruz is the consummate coward—as they might have said in Texas a dozen decades ago, he’s as yeller as a feller can git. He high-tailed it out of the Senate chambers on January 6, even as some of the besiegers sought him out as a leader of the insurrection, angering his own staff.

He high-tailed it out of Texas when the power went out and his constituents froze, for a romantic getaway at Cancun—just him, his wife, and his college roommate.

Speaking of Heidi Cruz: when Trump called her ugly, Rafael did not demand pistols at dawn, as any of the Civil War leaders surely would have, but instead puckered up his reptilian lips and applied them to TFG’s diapered ass. But hey, why stand up to a bully when you can be embarrassed by Luke Skywalker?