Featured Image – “Yes, I can also see where some improvements can be made over the Trumpist method of transfer…no more coups.” – Jim W. Dean

[ Editor’s Note: This news is not a hugs and kisses event, but coming the day after the Republicans in the Senate had Trump shut down his attempt to steal attention on the Jan 6 memorial is a double whack to Donald.

I have mixed feelings about it, thinking that such a ghastly move by Trump would have lost him more support with independents, and look even more toxic to the Republican Party, which has not been using the term ‘we want to move forward’ loosely.

Trump may be able to dominate as kingmaker for Republicans running for office now, but many are not doing it out of love of Trump. They want the Trumper vote to assure them victory and fundraising, after which they could be happy if Trump stroked out on the next day, as the Trumpers then have nowhere else to go.

With McConnell making this move today, he put a wooden stake through the heart of one of the main defenses of the Insurrectionists like Bannon, which is their claim that the committee “has no real legislature purpose” in holding the current Jan 6 hearings.

And let’s not forget what he said on January 6th, just before the rioters breached the Capitol, “The voters, the courts, and the states have all spoken.”

All is not warm and fuzzy in Trumpland. Yes the Republicans will ride him for all they can get, like rigging future elections in key battleground states by having the legislatures have the final say on who won the election.

But the issue will be rolled into the voting rights bill, where the Democrats have to change the Senate rules to have a simple majority vote. That is a big if, on whether their two rebel Senators stay on board, Manchin and Sinema.

January is going to be quite a month. On Feb. 1, we could be partying or wondering ‘what the hell just happened’. I frankly have no idea how it will turn out… Jim W. Dean ] 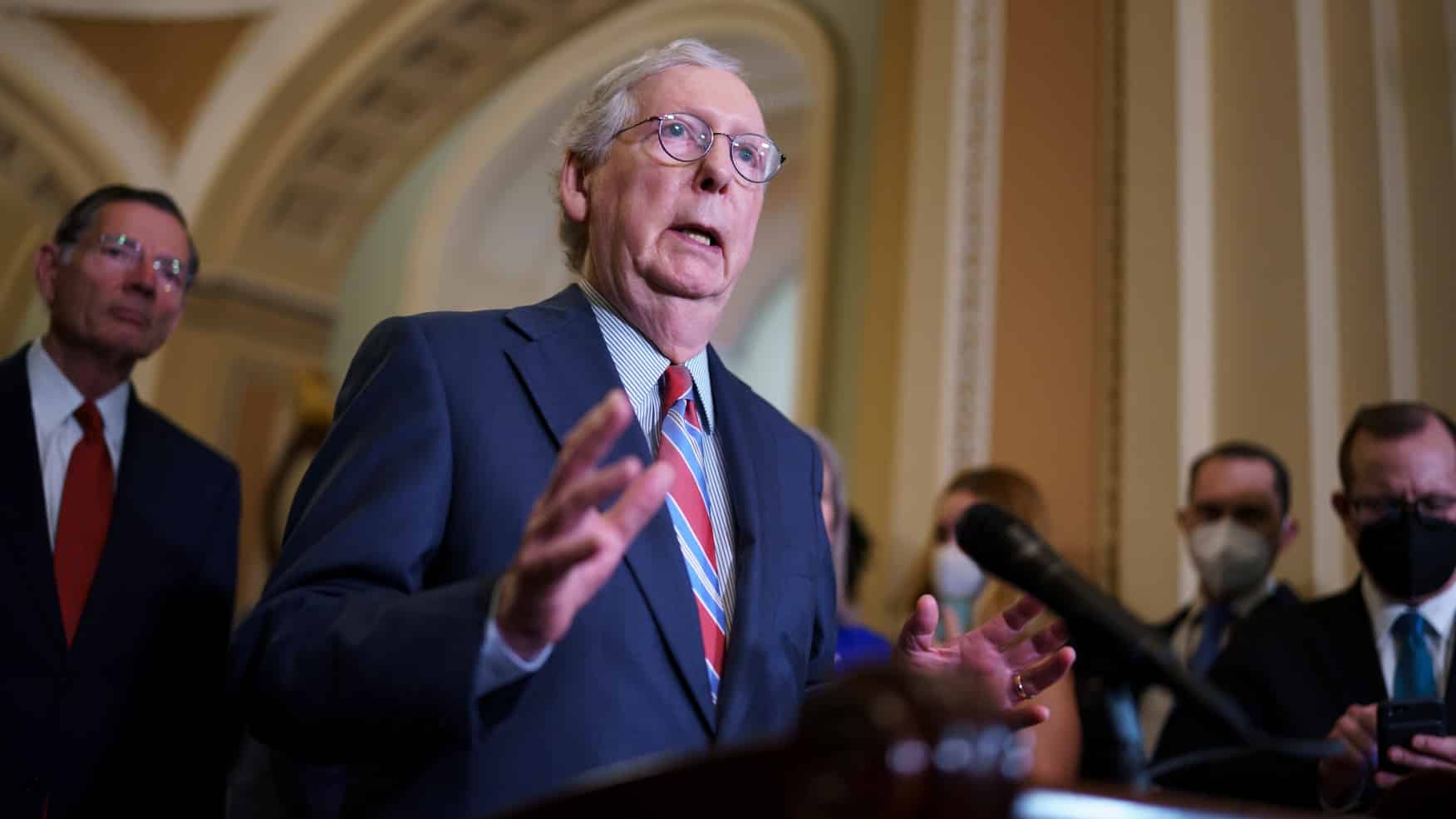 …Democrats are pursuing more sweeping election reforms and federalization of elections, but some lawmakers in both parties are also suggesting there may be more modest reforms that could pass on a bipartisan basis.

…The biggest move came from Senate Minority Leader McConnell, who Democrats theorize is merely trying to distract from their work on far more comprehensive election reform. Still, the GOP leader said in a brief interview that he would be open to entertaining changes to the 1887 law, which allows members of Congress to dispute election results.

…“Put your money where your mouth is. Put something on the table and let’s vote,” Warren said. “I want to see something. I’m not off to chase those rabbits until somebody has shown some real detail.”

…”The role of the vice president needs to be codified, so it’s clear what that is,” Thune said. “There’s some question about how many senators or House members it ought to take to object before it triggers a vote.”

…“It is something worth evaluating, and looking for other ways to make sure there is not a way to corrupt the counting process,” said Mitt Romney (R-Utah). “There is interest on both sides to talk about that.”