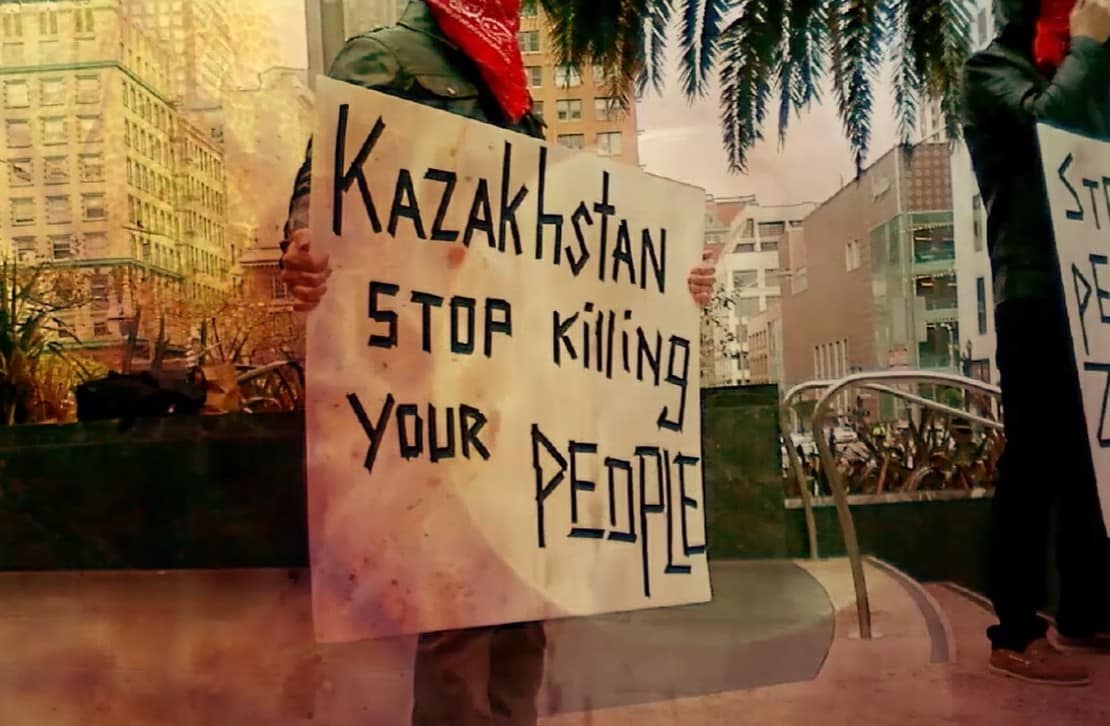 This version of events, according to the FBI, supports Russia/Trump views

SF: On January 4, mass protests broke out in the richest post-Soviet country in Central Asia, in Kazakhstan. The formal reason for the protests was the increase in prices for liquefied petroleum gas on January 2 from 14 cents to 28 cents per liter. By comparison, the new price is a third lower than in Russia, 2 times than in Belarus, and almost 3 times lower than in Ukraine.

The protests first erupted in the west of Kazakhstan, in the cities of Aktau and Zhanaozen. By January 4, they have spread to major cities in the south, including the largest city of the country, the former capital of Almaty, as well as to the largest industrial city of the central region, Karaganda.

Earlier in 2011, similar events had already taken place in the city of Zhanaozen in western Kazakhstan. Then the authorities took quite tough and effective measures to pacify the protests, up to the use of armed force.

In his turn, Nursultan Nazarbayev, then-president of Kazakhstan, handled the work of the local media space and countered outside information influence. At that time, such influence aimed at disruption of the situation and was observed from the West, including Ukraine, Azerbaijan and Turkey.

This time, the narrative is developing in a very similar way, except that the headliners are information resources located on the territory of Ukraine, Poland, the Baltic States and some Western European countries.

The protests in 2022, apparently unexpectedly for the Kazakh leadership, stirred up deep dissatisfaction of the population with the socio-economic situation in the country and the significant stratification of income between the new Kazakh elite and the bulk of residents. These reasons were fertile ground for the escalation and the proliferation of peaceful protests that began on January 2 into direct clashes with law enforcement forces by January 4.

Against this background, the current leadership of the country in the person of President Kassym-Jomart Tokayev did not show the same firmness that Nazarbayev’s office did in 2011. On the night of January 5, it was decided the entire government to resign, and to introduce a state of emergency in two cities in western Kazakhstan and in Almaty.

Indeed, representatives of the ruling elite, including those from the government, have to answer for all that’s happening. However, the resignation of the entire government, i.e. a political act, is a sign of weakness, fear and misunderstanding. Instead of firing and bringing to justice targeted functionaries guilty of creating conditions for the current crisis.

After 2 days of protests, the protesters changed their economic demands to political and nationalistic ones. Yesterday, calls like “shal ket” (“Old Man Leave”) and anti-Russian appeals were heard, despite the fact that in the regions inflamed with protests, the Russian population on average is only about 5%. These same slogans are actively spread by various social media platforms and mass media managed from the territories of Poland, Ukraine and Turkey.

In recent years, the ruling elites of Kazakhstan have been playing to the West, preaching a multi-vector approach, and with Turkey in the framework of the “Great Turan” project.

At the beginning of 2022, there are about 16,000 NGOs acting throughout the country, of which the most dashing are those associated with the Soros Foundation and Turkey’s soft power.

Apparently, the Kazakh elites learned nothing from the experience of Belarus, Armenia, Ukraine, Georgia, Libya, Serbia and other countries. We are likely witnessing a stage of the situation by some Kazakh elites, aimed at the final removal of Nazarbayev’s team from power and a sharp reorientation of Kazakhstan’s foreign policy towards the West and Turkey. This may explain the seemingly thoughtless decisions that led to the riots, and the fact that the quite strong Kazakh special services were unable to predict these developments.

On January 5, the protests continued and by the afternoon had spread to other cities of Kazakhstan, where local authorities are unable to effectively resist the protesters. Regardless of further developments, Kazakhstan will never be the same. The country will probably face a social collapse and even a Ukrainian scenario for its economy. The beneficiaries are obviously global financial elites and the West, led by the United States.

and from the Russian government itself…

At least two law enforcement personnel have been beheaded during violent protests in the Kazakh city of Almaty, according to local media reports on Thursday.

News of the alleged incidents was broadcast by Nur-Sultan’s state-run TV channel Khabar 24, citing city authorities. Some 353 officers are said to have been injured, so far. The death toll among police and security service members has reportedly reached 13.

It is not yet clear whether the rioters decapitated the victims while they were still alive or mutilated their bodies posthumously.

The channel cited officials as stating that the beheadings were “direct proof of the rioting groups’ terrorist and extremist nature.”

Russia’s RIA news agency asked the authorities in Almaty for comment, with officials telling its journalists that at least two bodies had been found headless.

Protests flared in multiple regions in Kazakhstan this week, with citizens initially decrying a steep hike in the cost of liquefied petroleum gas. In an apparent bid to deescalate the situation, President Kassym-Jomart Tokayev imposed a ceiling on fuel prices for six months and disbanded his government. However, violent demonstrations continue unabated, with the former capital, Almaty, becoming the focus.

Special units were deployed to Almaty on Wednesday night, with reports of gunfights between the security forces and armed rioters. Authorities say dozens of armed citizens were shot and killed by the police.

The president branded the rioters “terrorists” and claimed they had been trained abroad, warning protesters the authorities would brook no violence or looting. He has asked allies from the Collective Security Treaty Organization to send in peacekeepers to assist in stabilizing the situation. Russia, which is part of the bloc, has already deployed paratroopers to guard government offices.