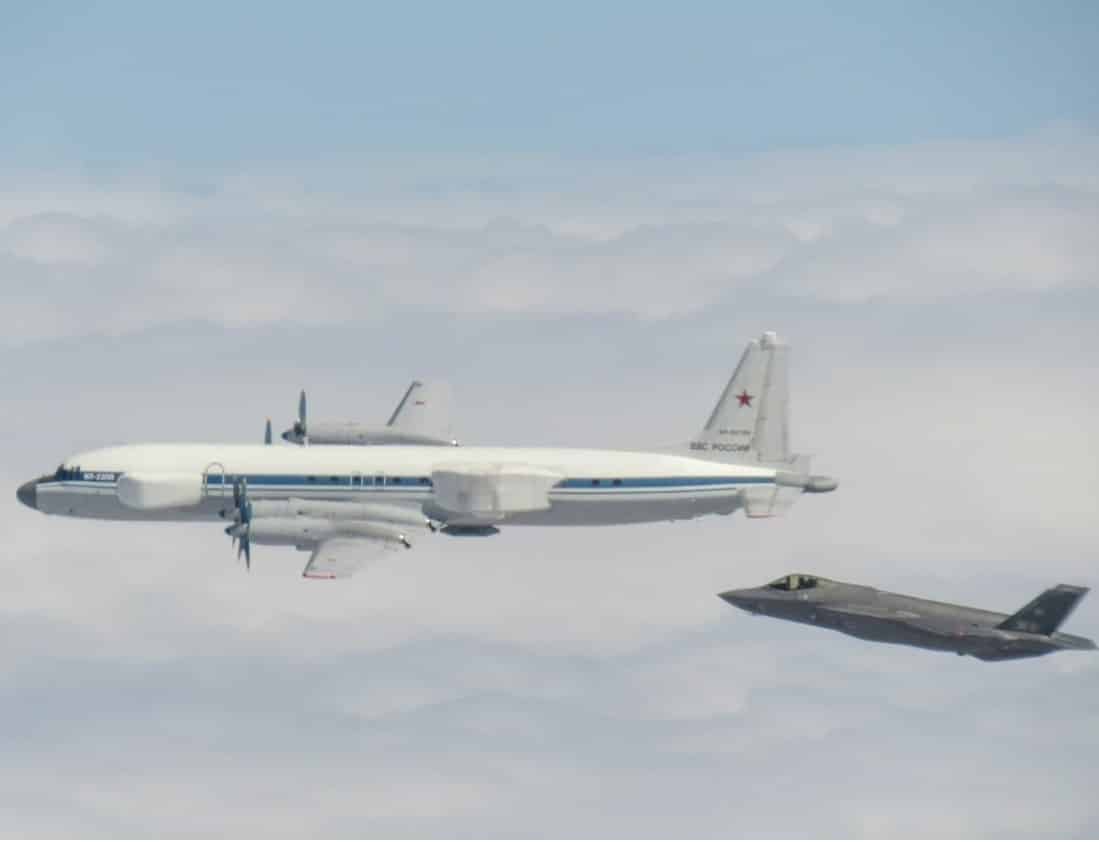 Avia Pro: One of the most secret Russian military aircraft was intercepted by an F-35 fighter jet.

An F-35 fighter of the Italian Air Force intercepted one of the most secret Russian military aircraft, for the use of which the United States threatened to immediately strike at Russia. According to the information provided, an Italian Air Force fighter was able to successfully intercept a Russian Il-22PP Porubshchik aircraft in the skies over the Baltic Sea, which is said to be capable of disabling any spacecraft and satellites.

In the presented photograph it is really possible to identify the F-35 fighter of the Italian Air Force and the Russian electronic warfare Il-22PP “Porubshchik” aircraft. Judging by the distance, the fighter approached the Russian aircraft at a distance of only a few tens of meters, thereby allowing a dangerous approach.

When exactly such an incident occurred is not specified, however, given the fact that the Russian plane was intercepted by the Lockheed Martin F-35A Lightning II fighter of the Italian Air Force over the Baltic Sea, this took place in the first half of last year, when the Italian Air Force fighters were sent to Estonia, although there are no official statements from the command of the two countries so far.