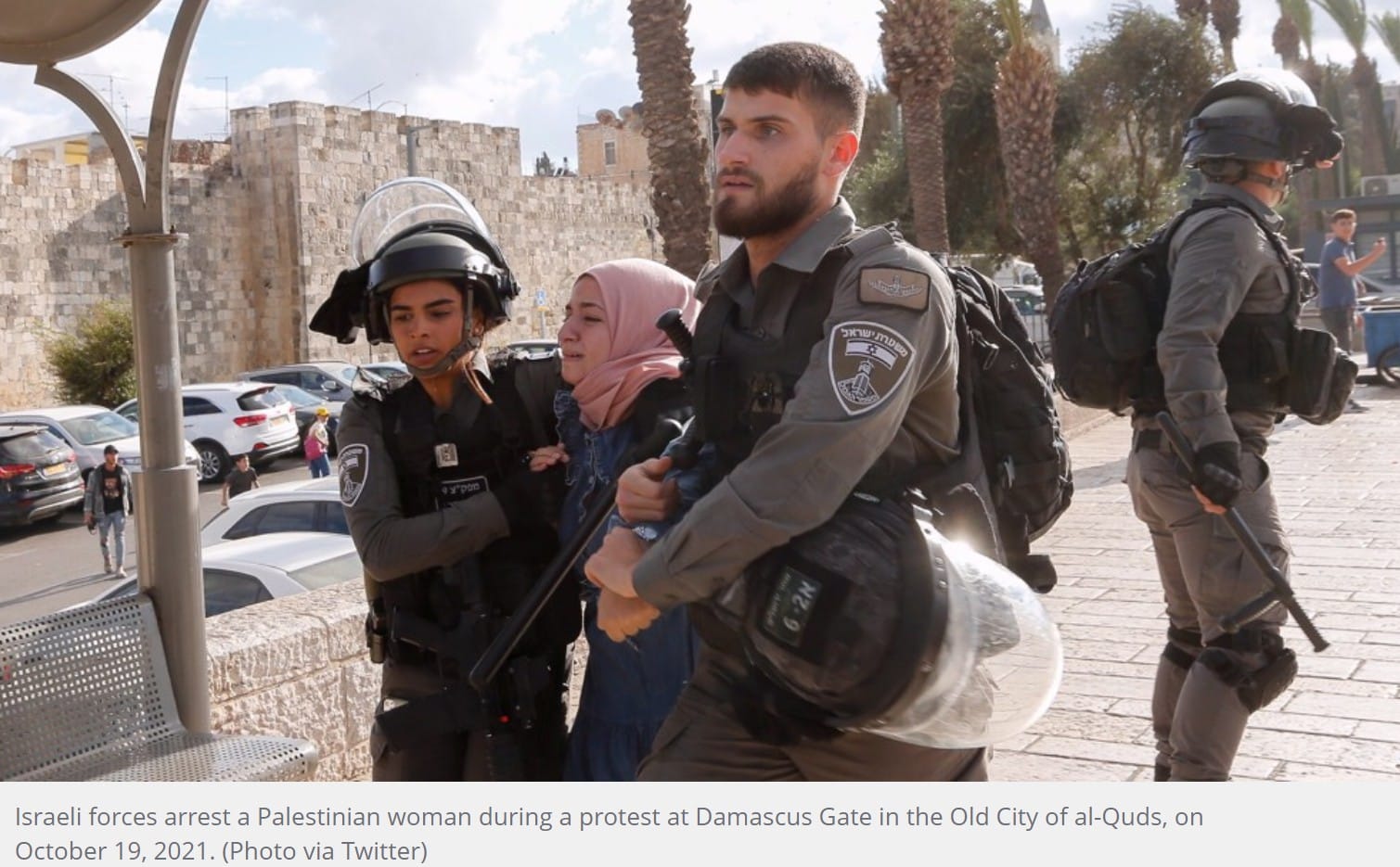 Press TV: Israeli officials are seriously concerned that 2022 would be the year when the Tel Aviv regime would be labeled as an apartheid entity due to its measures against Palestinians and occupation of their lands.

“In the coming year, we’re expecting a discourse that is unprecedented in its poison and radioactivity,” foreign minister Yair Lapid said during a Zoom press briefing with Israeli journalists earlier this week.

He added, “Calling Israel an apartheid regime was a slowly creeping trend for a very long time, and in 2022, it will be a real threat.”

Lapid highlighted that his ministry sees a likely scenario in 2022, according to which international organizations apply apartheid label to Israel, “with potential for significant damage.”

“There is a real danger that a UN body will say Israel is an apartheid regime,” the top Israeli diplomat noted.

Retired US General Lawrence Wilkerson says Israel will not exist in the next 20 years because it delegitimizes itself as an apartheid regime.

In March last year, former International Criminal Court (ICC) Chief Prosecutor Fatou Bensouda announced in a statement the launch of a war crimes investigation into the Palestinian territories, which have been under Israeli occupation since 1967.

The war crimes investigation against Israel is expected to include the 2014 Israeli military onslaught against the Gaza Strip, the ‘Great March of Return’ demonstrations at the Gaza border in 2018, and Israeli settlement expansion policies across Palestinian lands, including East al-Quds.

Bensouda said at the time that her inquiry would be conducted “independently, impartially and objectively, without fear or favor.”

A prominent Palestinian rights group says Israel has been implementing an apartheid regime of discriminatory laws for decades.

The ICC’s founding document declares apartheid to be a war crime, and the Israeli foreign ministry expects Palestinians to advance an active ICC investigation against Tel Aviv this year, and to use the Boycott, Divestment and Sanctions (BDS) movement to campaign that Israel is an apartheid regime.

Moreover, Israeli officials consider the UN Human Rights Council’s Commission of Inquiry (COI) of war crimes against Israel in the aftermath of last May’s war between the military and Palestinian resistance groups in the Gaza Strip that lasted 11 days. During the war, Israel’s relentless bombardment of Gaza killed over 250 Palestinians, including 66 children.

The Israeli foreign ministry also anticipates that the COI will declare Israel an apartheid regime in its first report, due in June.

Israel has barred rights groups from entering schools, fearing their influence on its education system, days after B’Tselem described Tel Aviv as an apartheid regime.

Israeli officials expect the “Israel apartheid” label to come up in the Office of the UN High Commissioner of Human Rights’ Committee on the Elimination of Racial Discrimination (CERD), as well.

In 2018, Palestinians submitted a complaint arguing that Israel is an apartheid regime with racist policies.

CERD is expected to publish its report on the matter in the coming year, and the Israeli foreign ministry says it is highly likely CERD will say Israel is an apartheid regime.

Finally, there are growing concern among Israeli authorities that Palestinians will appeal to the International Court of Justice in The Hague to ask whether Israel can be defined as an apartheid regime or its policies as racist, or what other countries are obligated to do if Israel is declared apartheid by an international body.

Lapid said his ministry is preparing for the worst in the international arena.

An Israeli rights group says the entity is not a democracy but an “apartheid regime” that systematically oppresses Palestinians via military occupation and racist laws.

Back on January 12 last year, Israeli advocacy group B’Tselem said Israel is not a democracy but an “apartheid regime” that systematically oppresses the Palestinians via military occupation and racist laws.

“American politicians must explain to the people why more than $4 billion of taxpayer money is given annually to support apartheid Israel. Politicians must explain why the US government gives more money per capita to Israel than to any country in the history of US foreign aid. Elected leaders, tasked with supporting democracies, must explain to Americans why they support an apartheid regime that denies even the most basic human rights to Palestinians,” the daily Patriot-News, the largest newspaper serving the Harrisburg, Pennsylvania, metropolitan area, wrote. head