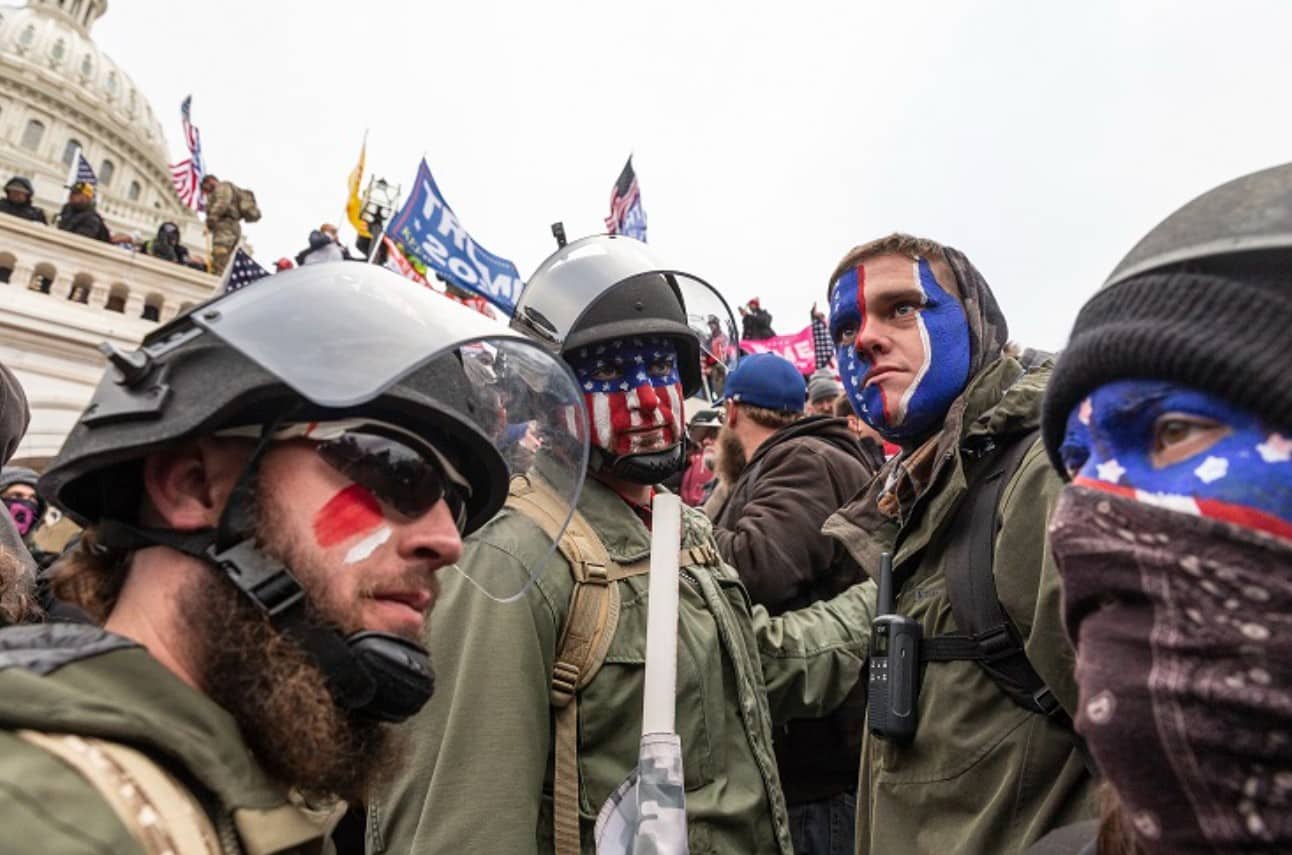 By Gordon Duff and New Eastern Outlook (Established in 1816), part of the Russian Academy of Science

America’s military power is a sham. With talk about fighting ground wars against Iran or Russia, only those who really know America’s military and its current condition can understand the insanity of these scenarios.

I served in America’s military, the Marine Corps, in Vietnam. Pay was typically 30% of minimum wage and less than 20% of my actual pre-service pay. Money was taken out of $60 dollars a month to pay for uniforms, military looking buttons and “doodads” and for required and needed hygiene products.

No attempt was made to justify the war itself. You see, even the Marine Corps got draftees and those who volunteered were often faced with the draft and chose service because of a number of factors:

No one serving in combat units in Vietnam cared about who won the war and most who served in real combat were under 20 years old and looked on the US military as an adversary, an enemy.

Mind you, they were still “decorated” when they were sent home, providing their own men didn’t kill them.

From this point, the US military actually got worse.

The concept, one developed by Nixon and Kissinger, now that’s a pair of geniuses if I ever saw one, was to destroy the labor unions, push wages to levels that were below survivability and build a military out of the poor and uneducated.

This process came to fruition under Reagan who destroyed America’s industrial economy, building a work force out of illegal aliens and domestic workers whose pay levels in the new “service economy” would make military service at far higher pay levels than during Vietnam seem like an “easy way out.”

So, what do we have today?

When people leave the military, it isn’t after 2 years or less as was common for those who served in combat in Vietnam. They last 6 years or even ten years in the military. Then most leave or are forced out.

Those who served in what passed for combat, drone killings, dodging RPGs while touring the Middle East in armoured vehicles, became a way of life.

After all, these new wars saw few casualties compared to Vietnam, the pay was more than 10 times the pay and life in a combat zone was all about PlayStations, Taco Bell and air conditioning.

In Vietnam, it was starvation, malnutrition and KIA levels far higher than even World War II.

Those who fought in Vietnam were angry, angry at the United States, angry at themselves but few were institutionalized, coddled and fed by a military that turned out “veterans” who were closer to those who return to society after serving long prison sentences.

The trail leads to today’s America with a military unaccountable, out of control and deeply aligned with Nazi supremacists and the prison gangs that sided with Trump and the GOP, that curiously partner so well with America’s corrupt police organizations.

A darker aspect, having begun after 9/11, is the partnership between the shadowy Department of Homeland Security and Israeli intelligence services. The DHS works with a series of “civilian” support organizations that are directly tied to organized crime on a planetary scale.

Badges and high-level security clearances have been handed out to criminal elites from around the world.

Truth is, the best way to describe the United States is as a “failed state.” The problem, of course, is that this “failed state” operates murder drones around the world and is even arming space platforms for the “war after the next war.”

On January 6, 2021, disgraced former president, Donald Trump, attempted to stop the certification of the 2020 presidential election, an election he lost by a considerable margin. Trump’s try was based on backing from top Pentagon generals, a cabal of traitors who rose to power during the phony “War on Terror.”

This cabal has been seen before, many times.

The American military was built on the British model. By “military,” I don’t mean the men and women who fight wars and, in theory, protect America’s “freedoms.” We are referring to the institutional hierarchy produced by the service academies and the “rank and file” of reserve officers from ROTC programs and similar.

There is nothing “democratic” in that military.

We saw America’s military fail at Pearl Harbor, an event many historians speculate about, as to whether the military itself wanted a world war. America’s top military leaders had developed a “love affair” with Hitler and Mussolini, cheering them on during their intervention in the Spanish Civil War and offering any and all encouragement as Hitler rebuilt the German war machine with Wall Street cash.

The “East Coast” cabal, the arms merchants, bankers with ties to the Frankfurt bankers who financed centuries of European wars, also ran, and continues to run America’s military and intelligence services.

However, it wasn’t until the 1990’s that the cults and cabals that oversaw America’s expansionism for nearly 200 years “married” an “infectious” religious movement.

When the CIA stopped giving congress the lies required to justify permanent war, all intelligence gathering, all intelligence processing and even policy decisions were handed over to civilian contracting firms who simultaneously aligned themselves with rogue states.

In order to look at this issue, we will examine a submission made to General Honore, the retired officer appointed by congress to investigate the events of January 6, 2021:

• US service academies, during the 1990s, were penetrated by Dominionist groups, initially as “Pentecostals.” Calling these groups an “Apocalypse death cult” is no overstatement and their actions, minimally, led to the degradation of good order and discipline and a “cult of mediocrity” that has infected our armed services.

• Direct targeting of certain commands, JSOC (Joint Special Operations Command), our nuclear commands (Minot) and others by what became an extremist cult within the military was directly challenged by Dempsey/Hagel (then Chairman JCOS and Defense Secretary). (Redacted)

• The DOD is working full time to cover up criminal gangs who, through terrorism, now control some military bases. (Redacted)

• Penetration of the FBI, DOJ, DHS, ICE and other institutions (congress) by non-nation state organizations, disguised to an extent as financial organizations, organizations that control intelligence agencies of Britain, Turkey, Israel, India and Russia may well have a hand in events of January 6 and any classified report should deal with this hypothesis that, I assure you, the FBI is aware of.

• Groups like the NRA (National Rifle Association) and certain lobby groups along with the Heritage Foundation and others, have a known history of contact with foreign intelligence services. (Redacted)

• Nothing can be investigated without looking at PMCs (Private Military Corporations) and their role, particularly when we have every reason to believe that (Redacted) would have had a role “every step of the way” and is never mentioned.

• As you know, the FBI is currently vetting 25,000 National Guard troops for membership in Oath Keepers, Proud Boys and their analogs (all seem to be coordinated with common membership)

• This is seen by them as a national security threat, but the DOJ and other organizations overtly protect almost all of these groups according to sources at FBI Domestic Terrorism.

• There are clear indications that the DOJ is fully complicit in protecting all these domestic threats and in covering for any potential ties to (Redacted).

• The DOJ is currently moving full speed on Trump’s claim that “infiltrators” are responsible for all January 6 violence.

• The DOJ is currently involved in fabricating “evidence” tying Biden and his supporters to Russian intelligence operations.

• DOJ militarized forces deployed in city after city against peaceful demonstrators were unavailable when an army attacked the US Capitol.

• We have the DOJ as totally compromised.

• There is reason to believe that the DHS is now and has been deeply penetrated by intelligence organizations hostile to the US.

• DHS is a soft target for foreign penetration.

• No evidence the DHS has taken any role at all other than full stand down.

• Why is the FBI holding back real charges, murder of a federal officer, insurrection, sedition, which all involved on January 6 violence are subject to? (Redacted)

• Why is there no FBI investigation into financing and planning of what was announced at the outset as a violent rally to prevent a government process, the definition of sedition?

• Why no FBI investigation into key individuals, all subject to arrest, including Giuliani, Trump family members, Alex Jones, Flynn and others?

• Why a total blackout on a grand jury and special prosecutor?

• Why a total blackout on the use of the legal term “Treason,” on clearly described in the Constitution, when the stated purpose of all involved, from the Trump’s and their organizer friends and those who funded them, and the clear statements of intent made by many involved was to overthrow the government?

Every major news organization, on a daily basis, warns of the US becoming a fascist dictatorship.

The proof behind this is staggering and credible, yet little or nothing is done.

Leading the way is America’s “bottom feeder” military, grown fat on easy enemies, easy if the fighting is done by well-paid but unwanted social outcasts.

50 years ago, American war veterans brought down a presidency that by Trump standards was pure “amateur hour” by standards of corruption set under Barr, Pompeo and Kushner.

Today, war veterans are arming to bring down their own nation, steeped in vaccine denial and slurping down the endless lies spewed by the “self-policing” social media giants who are likely the engine behind a new generation of human suffering.