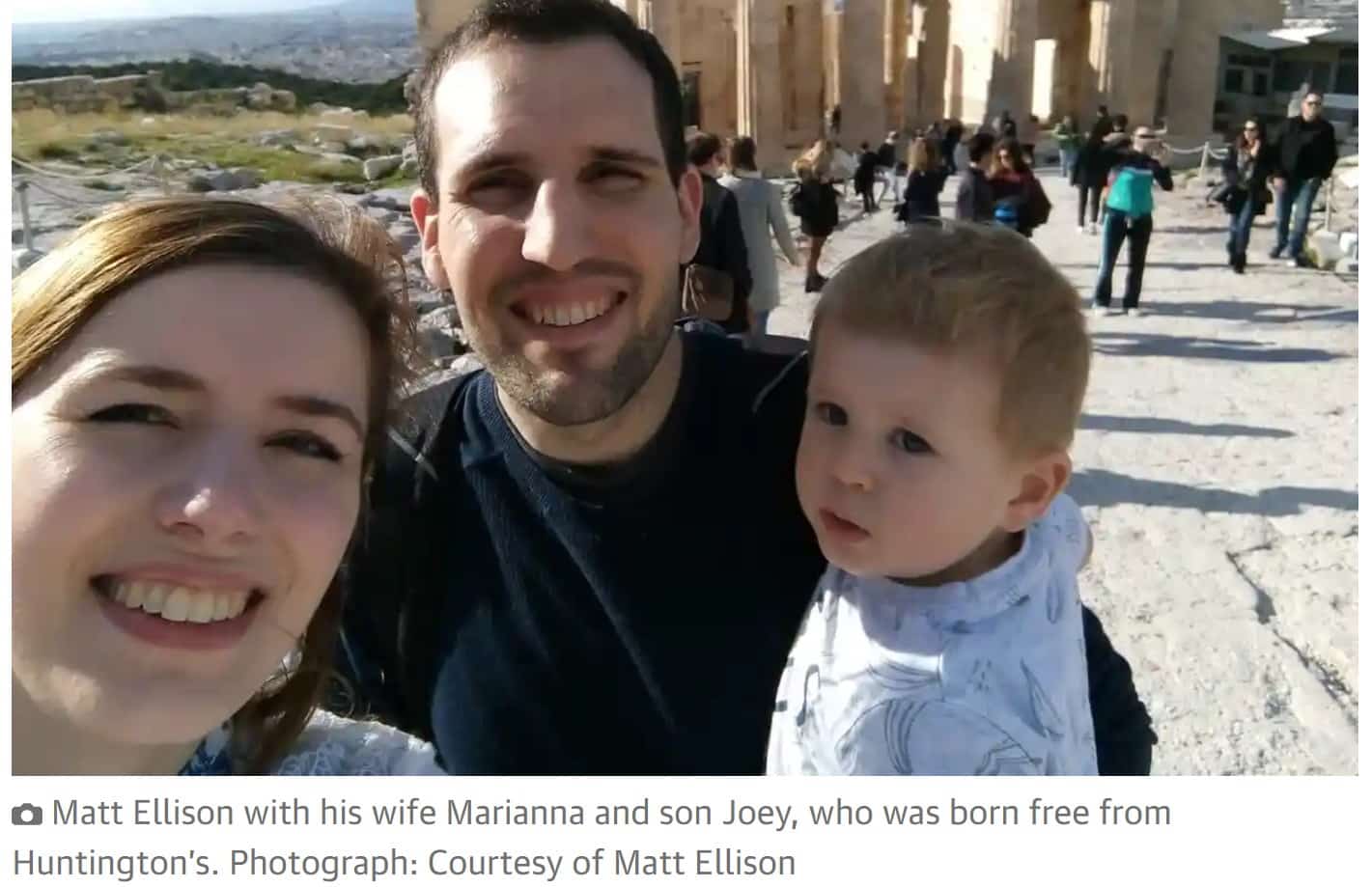 Guardian: Matt Ellison was seven when his father was diagnosed with Huntington’s disease. The condition – which is progressive, incurable and invariably fatal – took 15 years to kill John Ellison.

The impact on Matt’s life was profound. His father, who had inherited the disease from his mother, found he could no longer concentrate enough to hold down his job as an engineer at Jaguar. Later he began to lose the power of movement and, eventually, lost his ability to speak. At his local school Matt was mocked because of his father’s odd, uncoordinated gait. The taunting got so bad that Matt stopped attending. “I stayed at home and helped Mum look after Dad,” he recalls.

Then in 2007, when Matt reached 18, he decided to find out whether he faced a similar fate. He was tested and told: yes, he had the Huntington’s gene. A few years later his father died, aged 55.

“I had had time to prepare myself, but it still hits you hard when you are told you are positive,” says Matt. “I had wanted to be negative as much for my mum, who had gone through enough pain.”

For Matt, and thousands of others who have been told they have inherited this affliction, the future would appear bleak, a prospect of inexorable physical and mental decline. The Huntington’s gene is remorseless in its impact.

But recently this dark outlook has brightened. Scientists believe they are closing in on a treatment to control Huntington’s worst effects.  Read more…