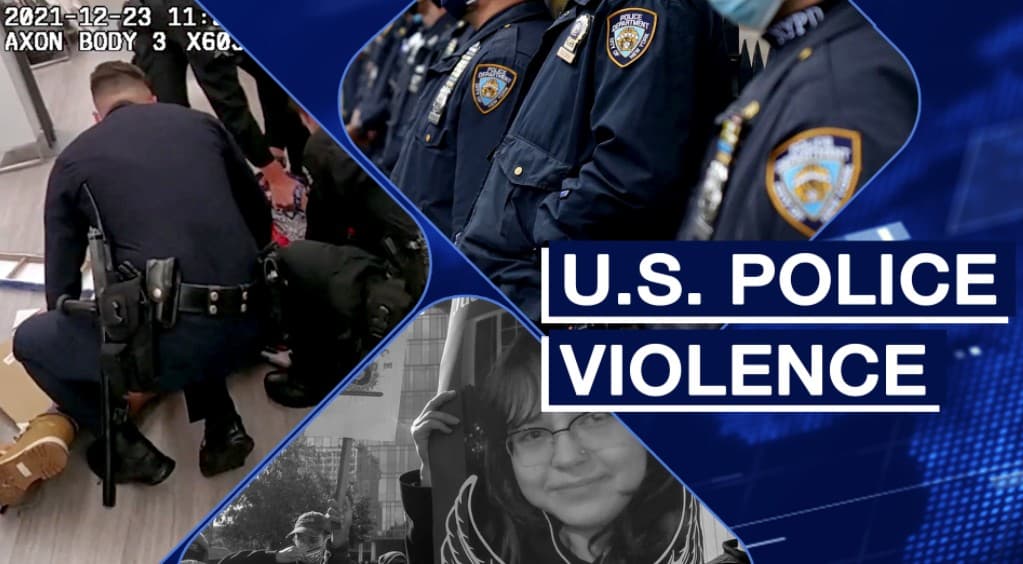 Press TV: On December 23, Police are dispatched to a department store after receiving reports of a violent man beating up customers at the store with a heavy bike lock.

One of the police officers fires a number of shots at the assailant; unfortunately, one of the bullets misses him and penetrates a dressing room wall and killing a fourteen year old teenager who had been hiding there with her mother.

An LAPD officer has shot dead an innocent bystander during an operation.

Shooting into a Burlington factory, basically a store, a clothing store, is insanity. It is insanity to do so while people are shopping there.

And yet you have officers who are doing that because they aren’t thinking rationally anymore. Rational thought has gone out of the minds of many of these individuals and it has become solely, almost like a cult, like a state sanctioned army, if you will, who is locked in arms and feels like they are being attacked from every side.

And so in order to defend themselves from these attacks, they are just getting more and more violent and aggressive.

She was the fifth person to have been killed by LAPD officers in a nine day period. The sixth victim sustained injuries but survived. None of these victims of police “insanity” were armed with any weapons.

The incident during Christmas sparked outrage and criticism at what the United States largest police departments do. The Los Angeles Police Department in 2021 had killed more than double the number of civilians it had in 2020. Activists believe the rise in the number of fatalities is because the officers rarely, if ever, held to account for their actions.

The death of African American George Floyd at the hands of a white Minneapolis Police officer in May 2020 sent shockwaves across the United States and prompted protests against police racism and brutality.

In the year 2021 American police killed over 1100 people. Throughout 2021 there are only 12 dates on which the police didn’t kill anyone.

Over the past year 27% of the victims have been African American while the minority group only constitutes 13% of the US population.

In the meantime while more murder and manslaughter charges have been brought against police officers, criminal charges and convictions have remained exceptionally rare. 98.3% of killings by police between 2013 and 2020 have not resulted in officers being charged with a crime.

Extremist groups are spreading and expanding across the United States a year after the 6 January insurrection, according to a report.

So, on the one hand, even though you’re seeing some of the officers get away with the violent acts that they’re committing, and other ones you know, get arrested and get sent to prison for their crimes that they committed.

They’re their fellow brethren, be locked up for crimes that, you know they’ve either witnessed or committed themselves.

The families who have lost a member to police violence in the US are demanding justice and accountability, however, even if justice is served, the victims’ relatives will have to live with the sobering thought that their loved ones shall never return.