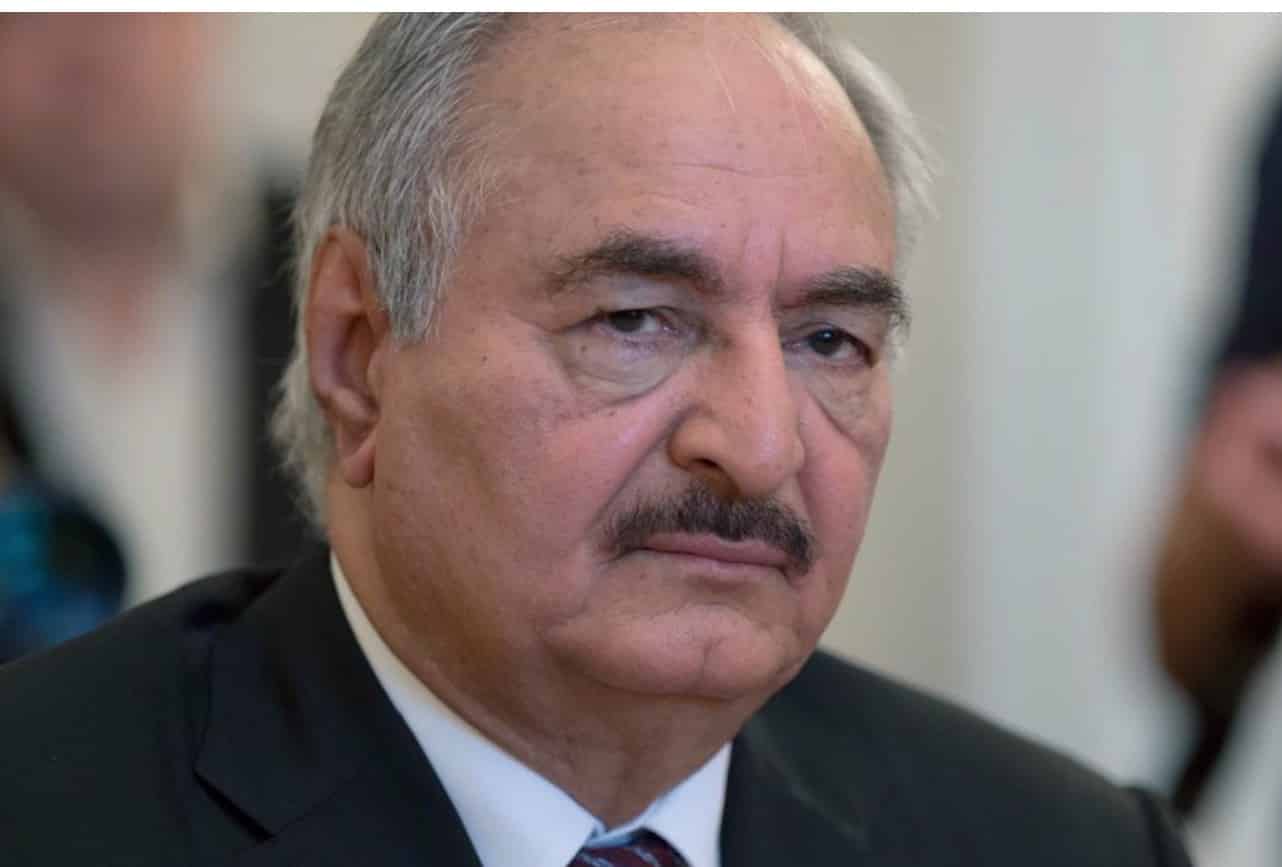 Press TV: A plane carrying Libyan renegade commander Khalifa Haftar has reportedly landed at Ben Gurion Airport in the Palestinian-occupied territories, amid reports that officials from the North African country have been offered to establish diplomatic relations with the Tel Aviv regime in return for Israeli support.

The Arabic service of Russia’s RT Arabic television news network, citing Israeli Hebrew-language media outlets, reported that a Dassault Falcon 900 jet was spotted at the airport on Thursday, which stopped briefly in Israel after a quick stopover in Cyprus.

A report says Israel expects that the upcoming presidential elections in Libya would pave the way for a normalization agreement with another Arab country.

The report comes against the backdrop of media reports that Abdulhamid Dbeibah, interim Prime Minister of Libya’s Tripoli-based Government of National Unity, last week met with Israeli officials, including head of the Mossad intelligence agency, David Barnea, in the Jordanian capital city of Amman to discuss normalization of relations and security cooperation.

Dbeibeh has denied he recently met with Barnea.

“That didn’t happen and won’t happen in the future, our stance is firm and clear on the Palestinian cause,” according to a Libyan government statement.

Dbeibah is not the first Libyan figure reported to have met with Israeli officials.

Media outlets cited an Israeli journalist as saying that a P4-RMA jet, which is used by the inner circle of Haftar, had taken off from Dubai and headed to Ben Gurion Airport in Tel Aviv.

According to a report by Haaretz daily at the time, Haftar carried a message from his father requesting Israeli “military and diplomatic assistance” in return for a pledge to establish a normalization process between Libya and Israel akin to the so-called Abraham Accords between the Tel Aviv regime and United Arab Emirates, Bahrain and Morocco.

In a rare interview with an Israeli newspaper last year, a senior Libyan official with Haftar’s eastern-based government called on Israel for support.

The son of Libya’s rebel commander Khalifa Haftar reportedly traveled to Tel Aviv last week for a secret meeting with Israeli officials to seek support as the North African country prepares to hold elections next month.

“We never were and never will be enemies, and we hope you will support us. It is only circumstance which has separated us up until this point,” Abdul Salam al-Badri, deputy prime minister in the government affiliated with Haftar, told Makor Rishon.

Israel has no official ties with Libya, which was a staunch supporter of the Palestinian cause, especially under Muammar Gaddafi.

Israeli officials are said to be constantly interfering in Libya’s internal affairs. They hope that Haftar, just like Sudanese military rulers, would pave the way for their dominance over the resource-rich Arab nation.