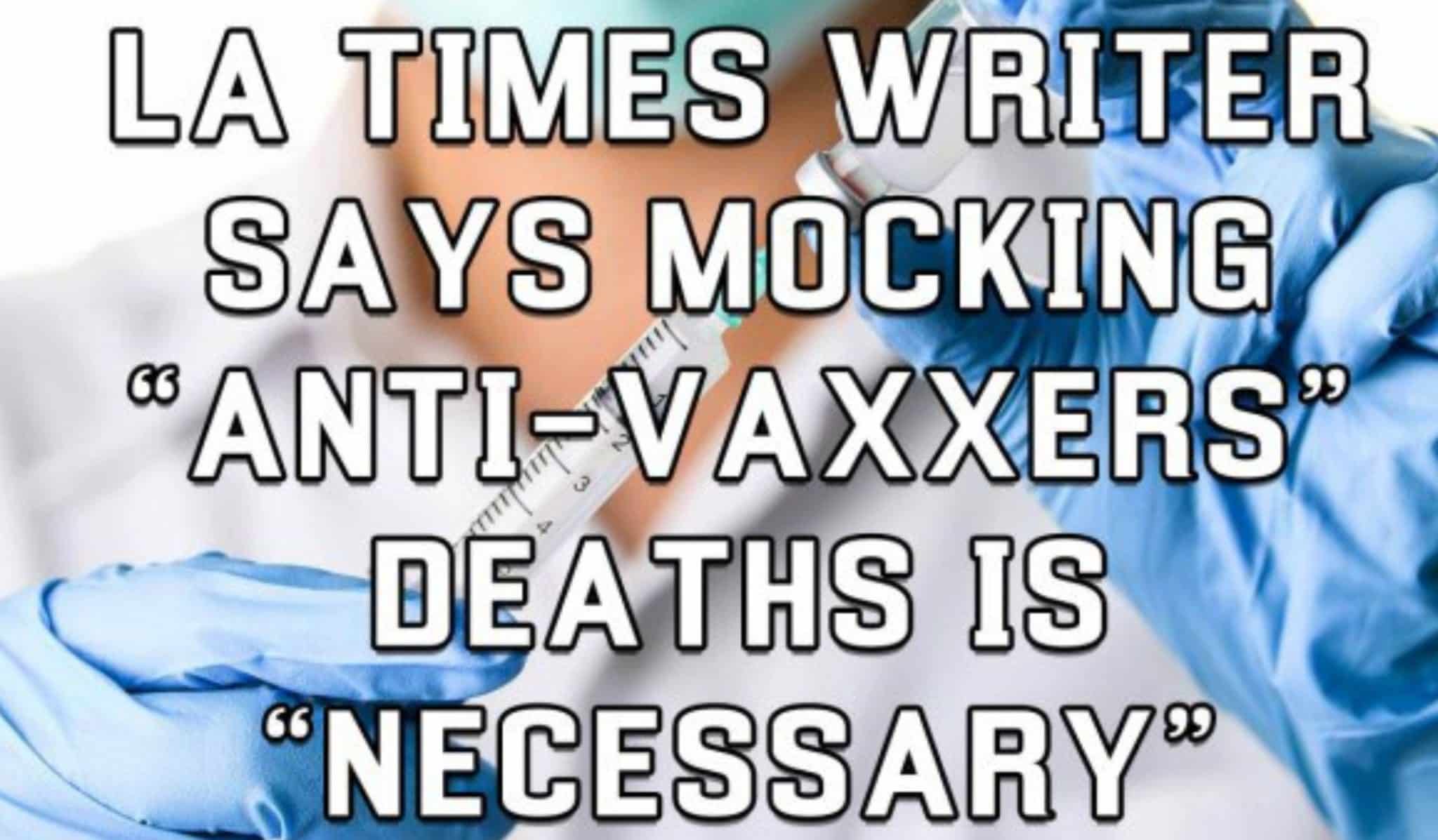 Anti-vaxxers who spread dangerous misinformation “took innocent people along with them,” LA Times columnist Michael Hiltzik says. “So is mockery the only response? Well, I don't know. … Every one of these deaths is a teachable moment. And unfortunately, we haven't been learning” pic.twitter.com/eTzzU6CcWx

LA Times: Among all the ways that COVID-19 affects our lives, the pandemic confronts us with a profound moral dilemma:

How should we react to the deaths of the unvaccinated?

On the one hand, a hallmark of civilized thought is the sense that every life is precious.

On the other, those who have deliberately flouted sober medical advice by refusing a vaccine known to reduce the risk of serious disease from the virus, including the risk to others, and end up in the hospital or the grave can be viewed as receiving their just deserts. Some of the recent anti-vaxxer ‘dirt nappers’…every one a dead Trump follower:

That’s even more true of those who not only refused the vaccine for themselves, but publicly advocated that others do so.

It has become common online and in social media for vaccine refusers and anti-vaccine advocates to become the target of ridicule after they come down with COVID-19 and especially if they die from it.

Witness the subreddit HermanCainAward, which Lili Loofbourow of Slate identified in September as “a site for heartless and unrepentant schadenfreude.”

The site is named for the former Republican candidate for president who became one of the first political notables to succumb to the disease after publicly defying social distancing measures.

Like another site, sorryantivaxxer.com, the subreddit hosts snippets and photographs of anti-vaccine advocates, often taken at their deathbeds.

The issue of how to think about the deaths of unvaccinated has been thrown into high relief locally by the case of Kelly Ernby, a prominent Orange County Republican and deputy district attorney who crusaded against vaccine mandates and died of COVID around New Year’s Day, unvaccinated.  Read more..