by Valery Kulikov, with New Eastern Outlook, Moscow, and the Institute of Oriental Studies of the Russian Academy of Sciences, a research institution for the study of the countries and cultures of Asia and North Africa 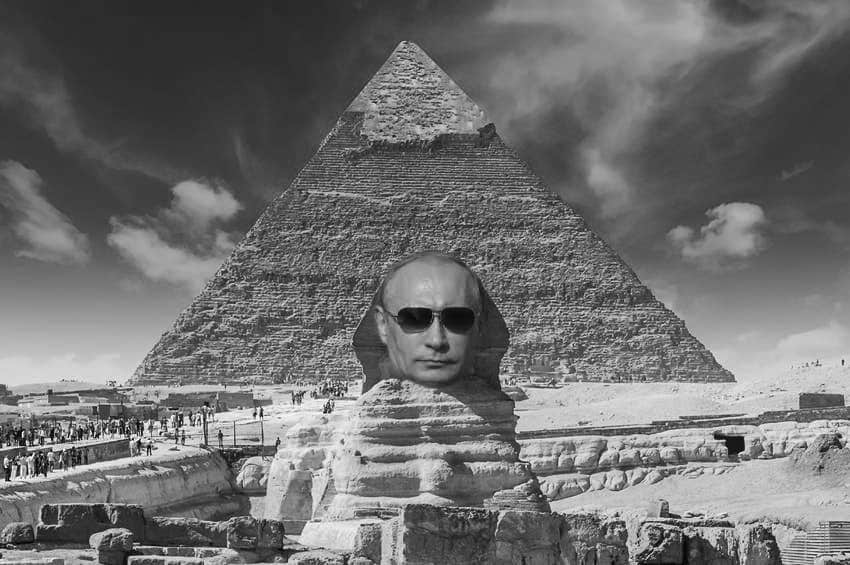 [ Editor’s Note: While the US and NATO seem committed to advancing a NATO threat toward Russia’s western border, Russia seems to be responding by increasing relations with older trading parties in Egypt, the focus of Kulikov’s article today.

Russia assisted in the building of the Aswan High Dam in the 1960s, designed by the Moscow-based Hydroproject Institute. When the US had backed out of the project, the Soviets were quick to move in.

Today we find a multi-lateral Egypt with long-time relations with not only Russia and the US, but even the Israelis. While China is investing in long-term trade networks, Russia is also planting economic seeds far from its border, with the Russian industrial zone.

The November 2021 update in Russian media tells us:

In 2018 Russia and Egypt signed an intergovernmental agreement on the creation of a special zone in the east of Port Said with a simplified tax regime for Russian resident enterprises. The full implementation of the project is expected to take 13 years.

It is planned that resident companies will be able to start producing products as early as 2022. They will receive rental holidays, preferential tariffs for energy resources, a special preferential tax regime, and a ready-made site.

So, we start the New Year with US military involvement in Syria scrutinized to determine to whose benefit has that disastrous encounter been, other than for enriching military contractors.

Western citizens have to ask their governments why all they talk about expanding relations but seeming to not mind them forever wars problem, where we see the UN has been able to do nothing to control it. We pray for new thinking in 2022, and for positive results for long-suffering people trapped in these cruel wars… Jim W. Dean ] 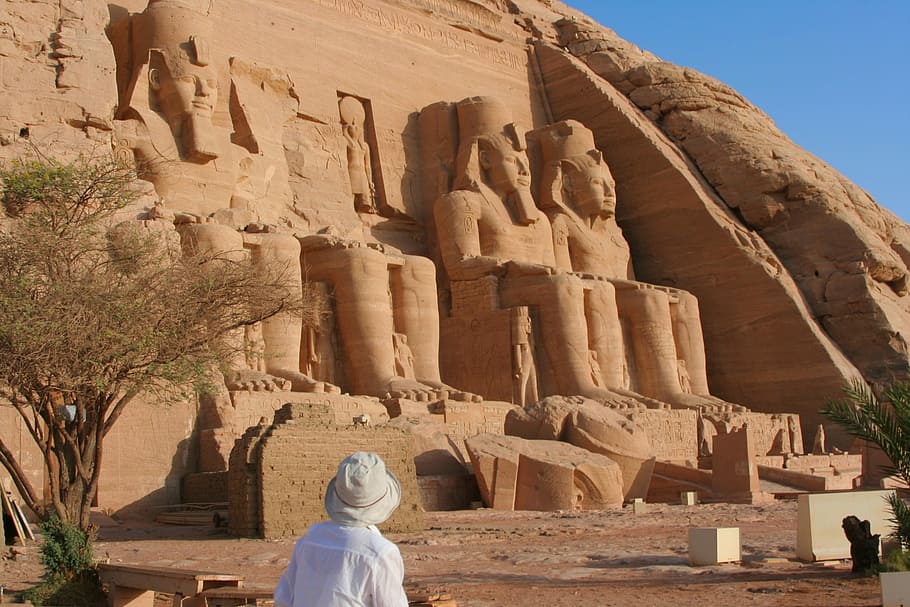 Against the background of consistent strengthening by Egypt of its role in the Arab world and in the international arena, further coordination of policy between Egypt and Russia continues with the development of bilateral cooperation in various fields.

Nikolai Patrushev, Secretary of the Security Council of Russia, held a meeting with colleagues from Egypt on December 22 in Moscow where taking into account similar approaches of the Russian Federation and the Arab Republic of Egypt on crucial issues on the international agenda.

He emphasized that Cairo is an essential partner in the Middle East and North Africa, and Moscow intends to strengthen bilateral cooperation in regional affairs. The parties have made significant progress in several vital areas this year.

In particular, the Treaty on Comprehensive Partnership and Strategic Cooperation entered into force, which opened up new opportunities for intensifying work across the entire spectrum of bilateral relations.

Regular consultations are being held in countering terrorism and on information security issues, close interaction is being carried out between the military departments and special services, and some joint trade and economic projects are successfully developing.

In addition to the special adviser to Egyptian President Abdel Fattah el-Sisi on national security affairs, Faiza Abou el-Naga, and the Egyptian counterterrorism adviser Magdi Abdel Ghaffar, representatives of several ministries and departments of the two countries took part in the talks in Moscow.

The fact that relations between Moscow and Cairo at the moment “have reached a level the likes of which have not been seen before” in the history of bilateral relations, was pointed out the other day by Russian Foreign Minister Sergey Lavrov in an interview with the Egyptian TV channel TeN TV.

He highlighted the vital role of large economic projects in Russia and Egypt in stimulating bilateral dialogue, particularly the Russian industrial zone in the republic. “It has huge potential,” the minister stressed. “It is just being launched, and there is already a queue of Russian companies wishing to participate in it, to create their own production.”

According to Lavrov, this project is of fundamental importance not only for the Egyptian market but also has a regional dimension. An intergovernmental agreement between the Russian Federation and Egypt on developing the east of Port Said as a special zone with a simplified tax regime for Russian resident enterprises was concluded in 2018.

The full implementation of this project is designed for 13 years. It is planned that resident companies will be able to start producing products as early as 2022 and will receive rent holidays, preferential tariffs for energy resources, a special preferential tax regime, as well as a ready-made site.

The pace of construction with the Russian Federation of El Dabaa Nuclear Power Plant, the first nuclear power plant planned for Egypt, is increasing. An agreement on constructing El Dabaa with terms of a Russian loan of $25 billion was concluded between the parties in 2015. The NPP will consist of four power units. Construction is expected to be completed by 2028-2029.

Military-technical cooperation between the two countries is also actively developing. During December 3-10, in the eastern part of the Mediterranean Sea, in the Gulf of Alexandria, the Bridge of Friendship 2021 joint exercise was held. Crews of ships of the Russian Navy and the Egyptian Navy operated under the leadership of the joint exercise headquarters.

They performed the tasks of repelling attacks from naval targets, inspecting suspicious ships, organizing air defense, and replenishing supplies at sea from a helicopter.

Earlier, on October 19, the fifth joint tactical exercise of Russian and Egyptian paratroopers Defenders of Friendship 2021 was held at the military base of the paratroopers of the Arab Republic of Egypt in the Cairo suburb of Inshas.

There is a further strengthening of the Egyptian army with advanced Russian weapons. So, the country’s Air Force has already received half of the 24 Su-35 aircraft ordered in Russia.

As noted by Defenseworld.net, initially Cairo relied on American F-16 fighters, but they turned out to be some of the “least dangerous” in service with America’s allies since they did not receive modern weapons such as AIM-120 advanced medium-range air-to-air missile, the absence of which reduced the target destruction range to less than 70 km (using the older AIM-7P Sparrow).

At the same time, Egypt’s neighbors, such as Sudan, Libya, and Ethiopia, have much more powerful Soviet-developed R-77 missiles installed on aircraft such as the Su-27.

It is believed that the US refusal to supply Egypt with advanced missiles was intended to preserve Israel’s high-quality military superiority. In this connection, the Egyptian Air Force decided to strengthen its fleet of fighters with Russian Su-35s equipped with new avionics, including the Irbis radar with a phased antenna array with a range of 400 km and powerful AL-41F1 engines (14,500 kgf thrust) with thrust vector control.

As regards its weapons, it can carry, in particular, R-27 air-to-air missiles and R-77-1 active radar-guided medium-range missiles, According to military experts, the Russian fighter is designed primarily to “guarantee the superiority of the Egyptian army in the regional sky.”

During the Defence Expo – EDEX 2021 held in Egypt at the end of November, Russia demonstrated modern weapons. It held talks with representatives of various branches of the armed forces and the Egyptian Ministry of Defense.

“Egypt is the most important strategic partner of Russia … Rosoboronexport is ready for further cooperation with the Egyptian side in any modern format and across the entire range of promoted military, dual and civilian products,” said Alexander Mikheev, head of Rosoboronexport.

The leaders praised the achieved level of bilateral cooperation in various fields, including the construction of Egypt’s first nuclear power plant, El Dabaa NPP, and the creation of a Russian industrial zone in the Suez Canal region, Kremlin press office reported following the talks.

In addition, Putin and el-Sisi touched upon some international issues. In particular, they noted the similarity of approaches to a political settlement of the situation in Libya.