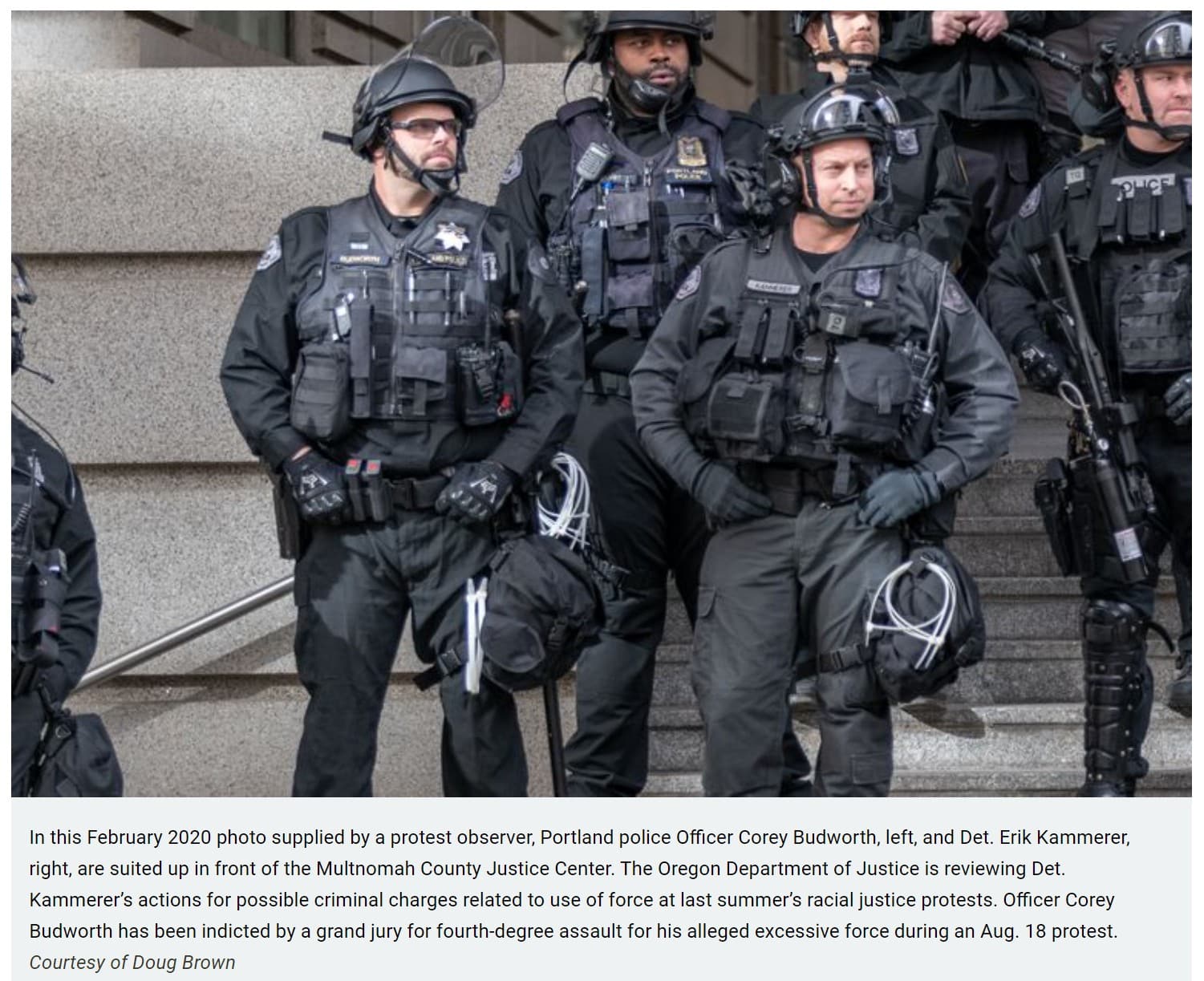 Raw Story: There were many points at which if the government had acted the Jan. 6 insurrection might never have happened.

Leading up to the failed coup every alarm was ringing. Capitol Police knew a violent invasion was in the works, the Department of Homeland Security knew, the FBI knew, warning of “war at the Capitol.” Hundreds of security officials at 80 Fusion Centers set up after 9/11 to combat domestic terrorism knew. They shared “an avalanche” of warnings about violence beginning at “1 p.m., U.S. Capitol, Jan 6.” Nonetheless, the police allowed the invasion to happen.

If armed right-wing mobs who invaded state capitols in Idaho, Michigan, and Oregon before Jan. 6 were held accountable, support for the coup might have been squelched. Instead, ProPublica reported, Trump supporters learned “it was possible — even easy — to breach the seats of government to intimidate lawmakers,” they would find sympathizers on the inside, and police would treat them with kid gloves compared to Black Lives Matter protesters.

Years earlier, if the government acted against the Bundy family, who allied with far-right militias and white supremacists to use violence for political ends, Jan. 6 might have been averted.

There is a fourth instance where the chain of events leading to Jan. 6 could have been interrupted if far-right gangs had been stopped. That case is Portland.

Since 2017, police have allowed the Pacific Northwest city to serve as a proving ground for fascists like the Proud Boys. They received legal impunity and even police support with few attempts to stop it. The far-right used political violence to network with white nationalists, militias, and other extremists, raise their image nationally, gain recruits, and build capacity.  Read more..