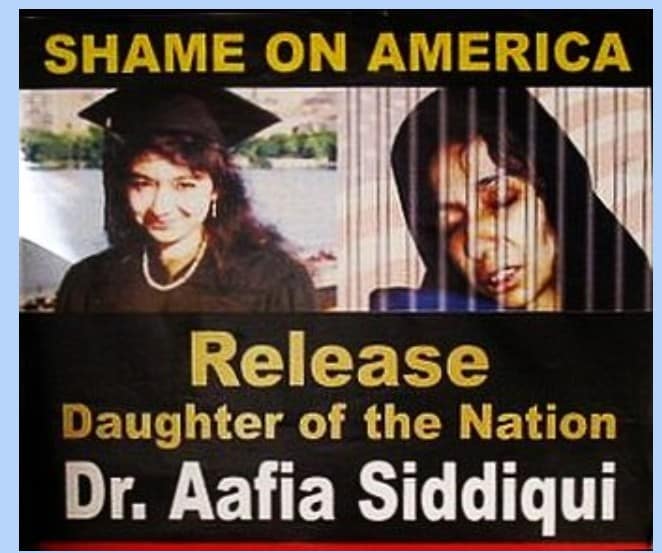 (Houston, TX, 1/15/2022) – Today, the Houston chapter of the Council on American-Islamic Relations (CAIR-Houston) condemned the hostage-taking incident at the Congregation Beth Israel in Colleyville, Texas.

SEE: SWAT team involved in hostage situation at synagogue near Dallas-Fort Worth

In a statement, CAIR-Houston Board Chair John Floyd and legal counsel for the brother of Dr. Aafia said:

“We strongly condemn the hostage-taking at Congregation Beth Israel in Colleyville, Texas. This antisemitic attack against a house of worship is unacceptable. We stand in solidarity with the Jewish community, and we pray that law enforcement authorities are able to swiftly free the hostages and bring them to safety.

We want to make it very well known that the hostage-taker is NOT Dr. Aafia Siddiqui’s brother, who is not even in the same region where this horrible incident is taking place.

We want the hostage-taker to know that Dr. Aafia Siddiqui and her family strongly condemn this act and do not stand by you. Dr. Aafia’s family has always stood firm in advocating for the release of their sister from incarceration by legal and non-violent means only.

On behalf of the family and Dr. Aafia, we call on you to immediately release the hostages and turn yourself in. The CAIR-Houston office has represented Dr. Aafia’s brother since 2004. We have confirmed that the family member being wrongly accused of this heinous act is not near the DFW Metro area. We call on the reporters that claimed this man to be a member of Dr. Aafia’s family to correct their reports and issue an apology to the Siddiqui family.”

The Service and Sacrifice of All American War Veterans is at stake.

(BAGRAM, Afghanistan) – VT Editors, Jeff Gates, Raja Mujtaba and I were in the AF-Pak region over the last couple of weeks. Jeff and I are Vietnam veterans, Raja a decorated combat veteran, tank commander, from the India/Pakistan war.

We met dozens of Pakistani military, including nearly all of their highest ranking retired officers, from Admiral Sirohey, Chairman of their Joint Chiefs of Staff to General Alsam Beg, Head of the Army to Lt. General Hamid Gul, former head of the ISI.

In our party were our other VT contributors, BG Asif Haroon Raja and BG Raza Ali, of “Charlie Wilson’s War” fame. Today, I received an email from Admiral Sirohey. His office is lined with memorabilia from a long career of service, service as an ally and friend of the United States.

Sirohey and the rest were America’s most stalwart allies during the Cold War. These were the real allies that helped us bring about the downfall of the Soviet Union. I was honoured to be among them.

Today Admiral Sirohey is scheduled to attend a rally protesting the illegal kidnapping, brutalizing and conviction of Dr. Affia Siddiqui. America’s best friends in Asia, the finest soldiers in the world are horrified at what we have done.

Can it be that bad?

The Bush administration, when it saw its “War on Terror” wasn’t getting enough suspects, hired drug cartel members and criminal elements to kidnap innocent civilians to fill our secret prisons.

In this case, we kidnapped a mother with 3 children, tortured her for years, murdered a small child and then charged her with attempting to murder her captors after years in a secret prison on Bagram Air Force Base. Every soldier on that base; everyone who has served there has to live with the dishonour of this act until something is done.

Remember when America, after World War II, painted the people of Germany with the stain of guilt for not knowing about the death camps? Tell me what is different here?

We didn’t know that druglords and gangsters were stealing people off the street to fill our prisons with “terror suspects” so Bush/Ashcroft and Cheney could crow about their successes?

If you didn’t know before, this is what all the secret “torture memos” were all about, not real terrorists, but innocent people we “bought” as though we were slave runners of old.

A few years after we bought our phony terror suspects, tortured, raped and brutalized them, most were released. They had committed no crime other than to be standing on the wrong dark street corner when the druglords working for Bush were out hunting “meat” for America’s gulags.

Dr. Aafia had to be convicted, had to be jailed and silenced.

The crimes against her and her children were so heinous, only a kangaroo court in America, a country whose news is orchestrated by the Islam hating MSM/Corporate media and powerful Israeli/AIPAC lobby, would have the audacity to bring her to trial.

Do we need to review the case? Remember the OJ case? He was released because of a glove not fitting. Dr. Aafia was shot by the “translator” during her “debriefing.” She has a Doctorate from an American university. She comes from a country where everyone speaks English. “If the translator doesn’t fit, you must acquit!” Do we now call a person with a cattle prod a “translator?”

When the My Lai massacre happened, I was with a Marine unit less than 50 miles away. All of us who were there then, not so many are around any more, carry the stain of that dishonour and have for decades.

I can talk of honour or service but all people see is babies and their mothers, shot to death, lining the bottom of a ditch.

It is a matter of honour.

There are no “secret prisons” and nobody is tortured without someone knowing about it.

We are all responsible, I don’t care if you are serving in Iraq or Afghanistan or anywhere around the world, active duty, reserve, National Guard, retiree or veteran. We are nearly 30 million strong.

Many of us don’t have much; memories, wounds, a small pension and our honour.

Our silence strips our honour away.

Dr. Aafia Siddiqui was not a terrorist. The newspapers lied, we all know why. Either she is guilty or we all are. Better to destroy her than to arrest those guilty of real crimes, arrest people some of us voted into high office.

“We were just taking orders.”

Where have we heard that before, Nuremberg? It isn’t just this one life. We’ve already killed over a million people in our ill fated invasion of Iraq.

Fog of War. We know better, everyone with eyes to see knows better, know it now. Then why are we still acting like criminals? No more lies. We are at war, a war with real enemies. We have so little; our short lives, our families and what we believe in.

Did a tiny crippled woman, illegally imprisoned for years, try to murder a roomful of FBI, Special Forces and Blackwater/CIA operatives?

I can tell you this: If I get my butt kicked by a 100 pound woman in a wheel chair, you won’t see me in front of a jury in New York City crying for my mama.

What are we protecting?

Once the public learns that we are buying phony terror suspects from the world’s largest drug dealers, people we are protecting, people flooding our streets with narcotics, there might be problems. Best not let the public know why we never found those weapons of mass destruction, that yellow cake uranium, those mobile bio-weapons labs or why our continual search for Osama bin Laden keeps failing.

The deal of the century, destroying an innocent life and earning the hatred of a valued ally, all to stand behind the lies and rhetoric of America’s “dark age.” We would be lucky if it were only every citizen of Pakistan that was enraged at us for this travesty. It is worse, far worse.

Who are the real terrorists? In Pakistan, Admiral Sirohey, friend to half a dozen American Presidents is heading to a peaceful protest. What can we, Americans, claim? If kidnapping, torture, rape and covering it up by letting the victim rot in prison isn’t terrorism, I don’t know what is.

We should be thankful for that seat on the UN Security Council. We may need it for more than covering up for Israel. The next nation facing sanctions for international crimes may be us.

All that stands between us and being cut off from the world is our veto. All that is keeping an entire administration from War Crimes trials is the Bush administration’s withdrawal from the International Criminal Court at the Hague.

Why is President Obama allowing the outrages of the Bush administration to continue?