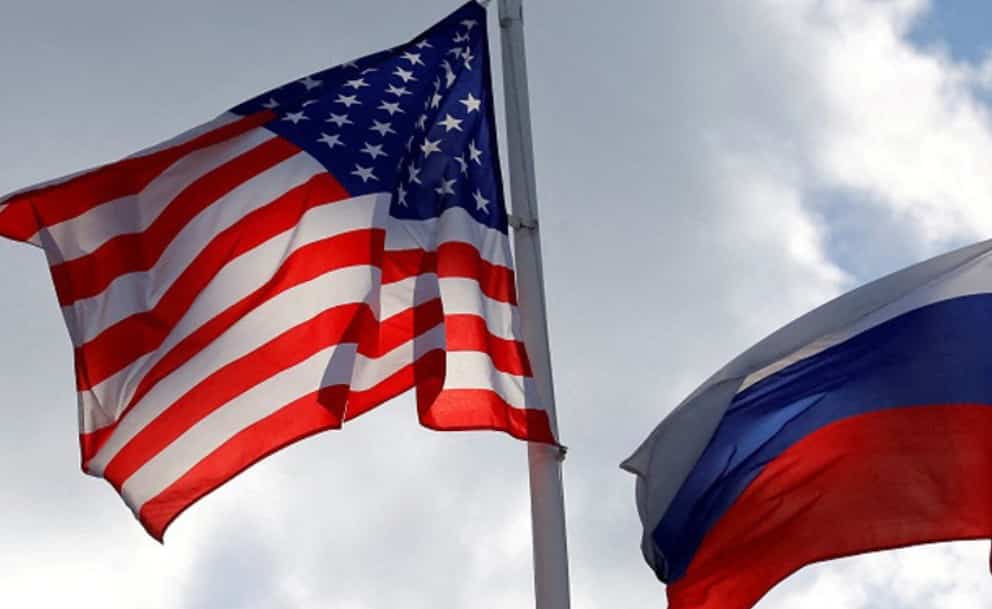 Press TV: Moscow is growing weary of the West threatening its borders and the false accusations against Russia, from invading Ukraine to planning a false flag to do so. As diplomacy falters, the prospect of an armed conflict is becoming very real. Tensions between Russia and the West are spiraling out of control.The West is accusing Moscow of planning to invade its western neighbor, Ukraine, citing increased Russian military activities along the border.

Russia rejects the allegation and says its military buildup is to ensure security in the face of NATO’s eastward expansion.

What is the U.S. after with Russia?

The United States and Russia are trading barbs over the tensions in Eastern Europe.

Patience has a limit

Last week American and Russian officials held talks over the tensions with representatives from NATO in an attempt to de-escalate the situation. The talks ended without any significant breakthrough.

Russia now says it has run out of patience with the West, as tensions escalate over Ukraine and expects the US and NATO to provide a detailed written response to security demands by the Kremlin by next week.

We are waiting for the written reaction. We have reasons to believe that our partners have understood the necessity to react quickly, precisely and on paper.

And they have understood that we’re not going to wait forever. But of course, there are plans to drag it on and on.

Sergey Lavrov says Moscow needs legally binding guarantees and that meeting this demand will be essential for a diplomatic solution.

American writer Daniel Patrick Welch wonders at “the audacity” of American officials who say Russia is sounding the war drums in Eastern Europe.

According to Lavrov, his country has various options should the west reject the Russian security proposals.

I think the most likely thing is that they would announce that they’re putting ships off the American coast with hypersonic weapons on them that could reach American cities within five or seven minutes similar to the threat they say they’re facing in Eastern Europe.

I think there are things they could do in Ukraine, for example, hitting the Asov battalion or some of the bases the Ukrainians have put on Sea of Azov, they could deploy weapons to Kaliningrad Oblast, they could be announcing the targeting of European capitals.

I think there are many things they could do to increase the pain level in Europe.

Russia has long warned against Ukraine’s possible membership in NATO, describing it as Moscow’s red line.

American officials have warned Russia that if it escalates the Ukrainian security crisis, the US may refer the matter to the UN Security Council.

Russia is raising the stakes by suggesting that it might deploy military hardware to Venezuela and Cuba if the escalation talks fail.

Deputy Foreign Minister Sergei Ryabkov who led Russia’s delegation in a meeting with the US on Monday, says the move depends on the actions of the Americans.

US national security adviser, Jake Sullivan, dismissed the warning as “bluster” adding that the path forward is either diplomacy or confrontation.

I think there’s a chance of a compromise but I think the chances are extremely small. I know some observers have taken some indications of, maybe privately, the Americans are willing to make concessions to Moscow security demands but I don’t think that’s going to happen.

I think the Russians feel they’re getting one last chance for the Western countries, particularly United States to see reason and give them security guarantees.

Lavrov: Russia’s patience with West ‘running out’, to ‘make a decision’

Moscow and the West have had strained relations since the 2014 repatriation of Crimea from Ukraine to Russia following a referendum in which more than 90% voted in favour of the move.

The West nonetheless described it as illegal.

The European Union and some other Western countries joined Washington in introducing several rounds of sanctions against Russia.

Russian cities ‘under the bomb-sight’: Envoy says ‘we are on the edge of precipice’

The tense relations between the US and Russia took a turn for the worse after Washington withdrew from Cold War era IMF and open skies treaties.

The recent tensions are definitely cause for concern for people around the world, since, if a second Cold War gets out of control, it could prove costlier than the first for all sides involved.

US intelligence agencies have reportedly accused Russia of preparing a false-flag operation to invade Ukraine.