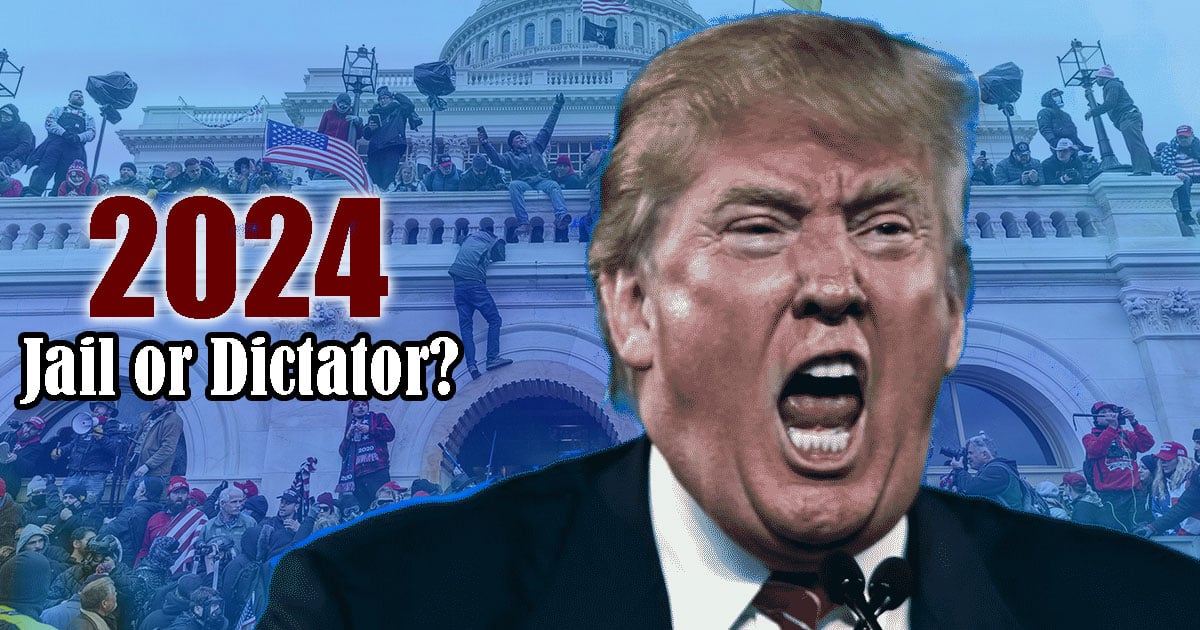 On January 6, Trump loyalists launched an attack on our democracy. The insurrection was unique in the annals of American history because, first, it was violent—and, second, because it failed. As an attempt to subvert the results of a presidential election, January 6 was not an isolated incident. It was a sequel.

Bush's Electoral College victory "seemed like a historical curiosity…But it wasn’t a quirk; it was a template. Roger Stone & his Republican comrades correctly understood that the Electoral College enabled the GOP to 'win' elections it had actually lost."https://t.co/4McaMjkkpz

Donald John Trump lost the 2016 election by 2,864,974 votes—almost two full percentage points (48.2-46.1). Voters decisively rejected him. He only captured the White House through chicanery. He won on a technicality. Some 77,000 votes in a few key swing states turned his way at the last minute, as if by magic, and he was able to game the Electoral College to achieve the desired result.

Thus a tool of the Russian mob—a racist and a rapist, a clear and present danger in a cheap red hat—was sworn in as President of the United States, and 2,864,974 voters were effectively disenfranchised.

Flynn is at it again. Remember when Sally Yates warned that Flynn was being blackmailed? When Obama warned Trump about Flynn? When Flynn was involved in a kidnapping plot? When he lied to the FBI? Pled guilty? Aided a coup? Suggested martial law? WHEN is it a bridge too far?

There is plenty of circumstantial evidence suggesting that Trump’s victory in 2016 was shall-we-say fishy. Certainly his whoremasters in Moscow used every means at their devious disposal to install their guy in the Oval Office. Both Hillary Clinton and the 17 agencies comprising the U.S. Intelligence Community warned us that this was happening, in real time. That Paul Manafort, Trump’s campaign chairman, was besties with a Russian intelligence officer—a snake in the grass who specializes in election fuckery—should have been a clue.

That clunky Constitutional anachronism was established as a compromise between small-d democrats, who wanted the president elected by popular vote, and elitists, who did not trust the masses with the responsibility and preferred Congress do the job. In practice, the Electoral College has always been a tool of institutionalized racism that tilts the balance of power toward the Southern states. The Harvard historian Alexander Keyssar, author of Why Do We Still Have the Electoral College?, explained this in a recent interview:

[W]e have lost sight of the fact that after the Civil War—and particularly after 1880–1890, when African Americans were driven out of politics in the South through force, and then more or less by law—Southern states were left in possession of what you might call “the five-fifths clause.” That is, African Americans counted 100 percent towards representation in Congress and towards electoral votes, but they still could not vote.

The Electoral College is one instance where the Founders got it dead wrong. The small-d democrats lost, because every vote is not equal. Nowadays, Pennsylvanians and Floridians are more important than New Yorkers or Oklahomans. The elitists also lost, because their fear that outsourcing presidential voting to the masses would one day result in a manifestly unsuitable candidate winning the presidency came to pass. If the Electoral College cannot prevent an obvious criminal and popular-vote loser from taking office, it has outlived its usefulness, if indeed it ever had one.

Knowing that Bush was probably toast if the votes were actually hand-counted, professional ratfucker Roger Stone organized the so-called Brooks Brothers Riot, a sort of proto-insurrection, where “50-year-old white lawyers with cell phones and Hermès ties,” as a Wall Street Journal columnist phrased it, descended on a meeting of election canvassers in Miami-Dade County. They said they were there to protest the recount, but the actual objective was to intimidate the canvassers enough to delay the process, so the deadline would be missed.

Stone’s gambit worked. The recount was shut down. And then the Supreme Court handed Bush the White House, effectively disenfranchising 543,895 voters.  Read more…