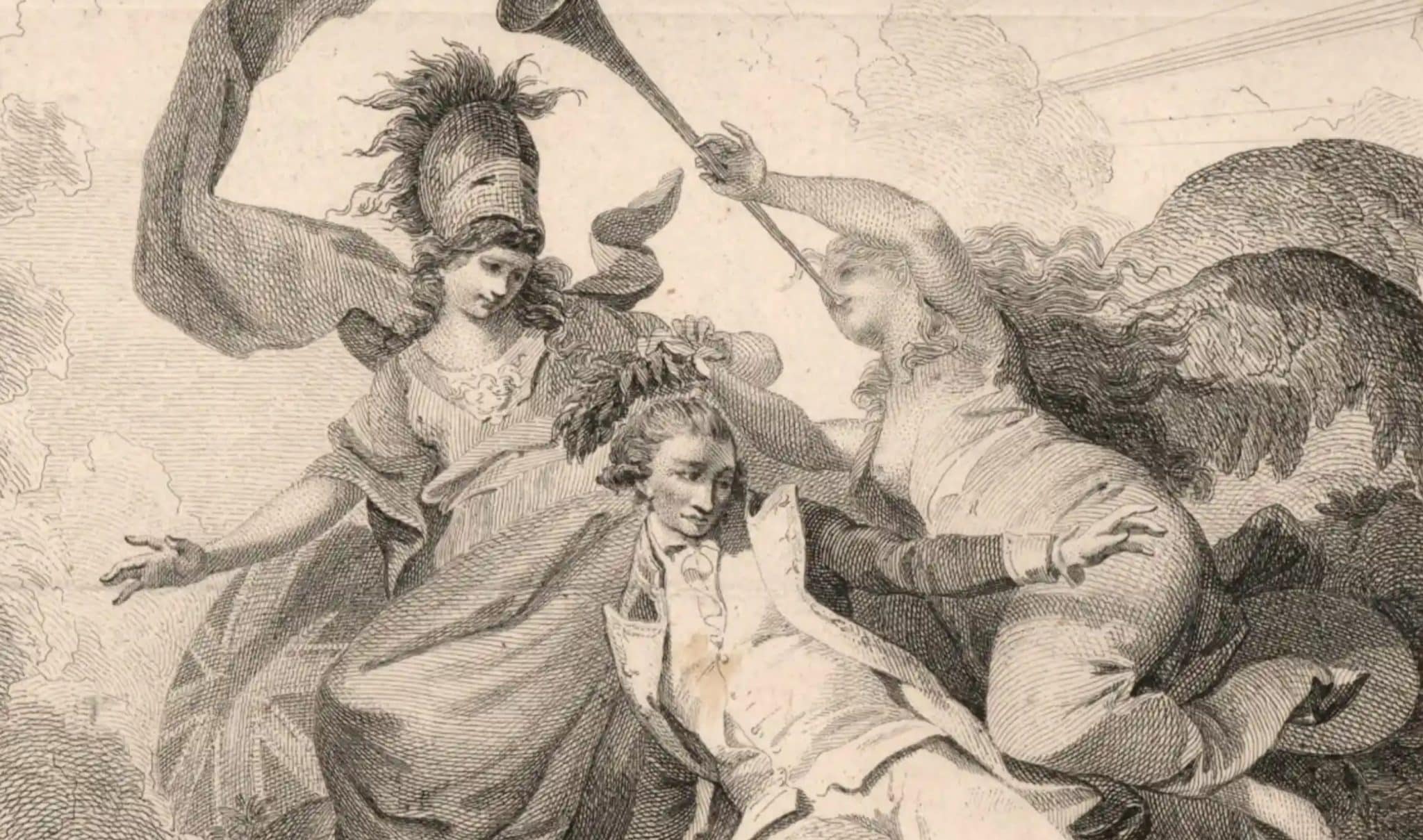 In a type of neoclassical painting one might call The Apotheosis of X, the dead hero is bundled up to heaven by a host of angels, usually in a windswept tumult of robes, wings and clouds. A crowd of grieving mortals watches from below as their hero becomes divine. It’s a celestial scramble: in Rubens’ sumptuous Apotheosis of James I, heaven is chaos and James looks terrified at having arrived.

In Barralet’s Apotheosis of Washington, the dead president has his arms outstretched in a crucified pose, while Father Time and the angel of immortality bear him up to heaven. In a mid-1860s Apotheosis, a freshly assassinated Lincoln joins Washington in the sky, and clings to him in a tight hug. In Fragonard’s Apotheosis of Franklin, the new god reaches back to Earth with one hand while a stern angel, grasping his other hand, drags him upward.

In 1785, in a Covent Garden theatre, a spectacle premiered depicting Capt James Cook’s voyages in the South Pacific. During the final scene of Omai, or A Trip Around the World, at the words “Cook, ever honour’d, immortal shall live!” an enormous oil painting descended from the ceiling – Philippe Jacques de Loutherbourg’s Apotheosis of Captain Cook, commissioned for the occasion. Cook is carried up to heaven by the angels Britannia and Fame, but his gaze is directed back at the vertiginous earth, where ships and canoes are facing off in Hawaii’s Kealakekua Bay. His expression is queasy and his eyes seem to plead: “Don’t drop me!”  Read more..