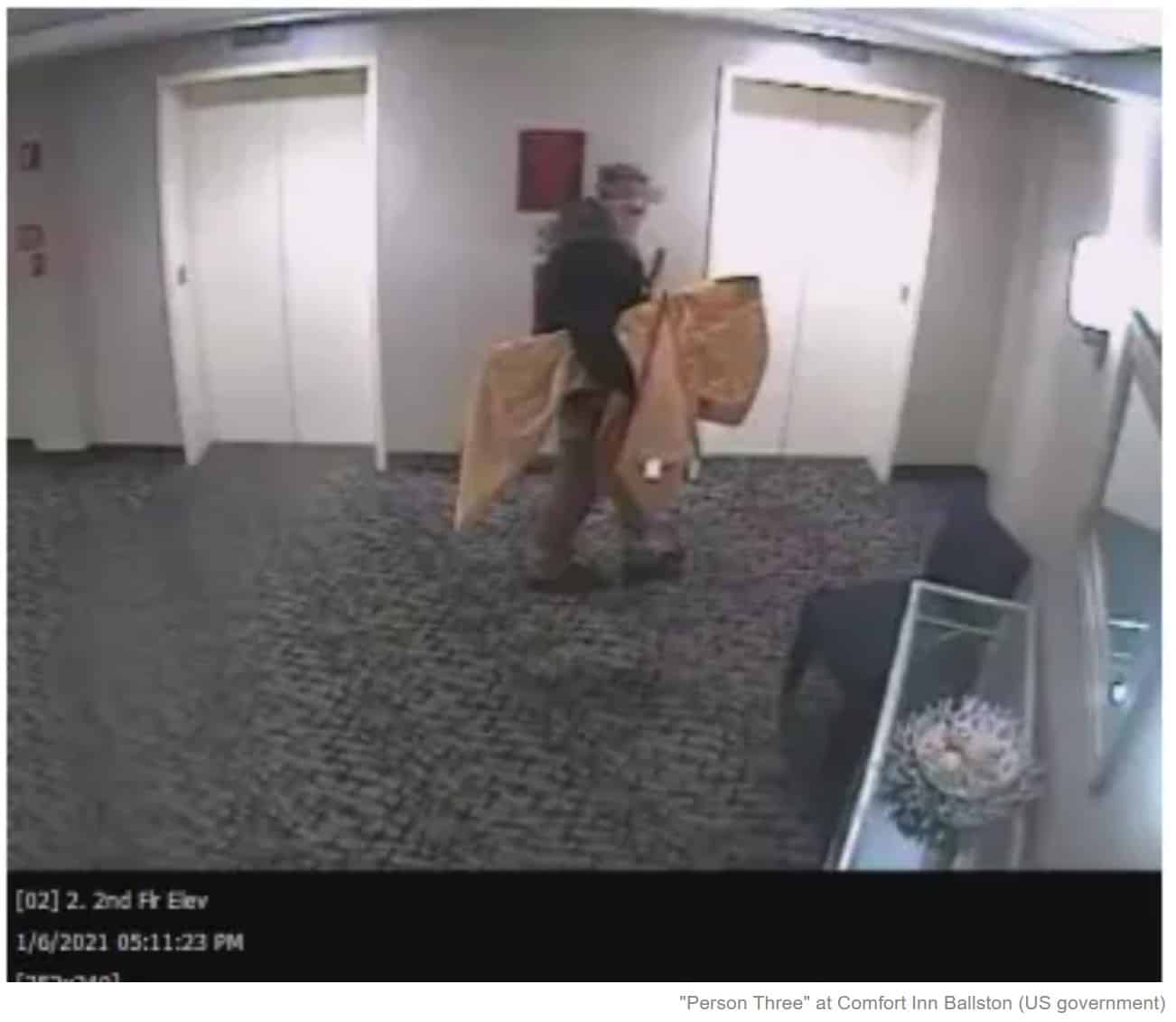 Raw Story: Oath Keepers militants stockpiled a month’s worth of supplies, rifles and ammunition just outside Washington, D.C., in the days before the Jan. 6 insurrection.

A late-night filing by federal prosecutors provided new details in a memo seeking pretrial detention for Oath Keeper Ed Vallejo about the weapons stockpile assembled by right-wing extremists at a Comfort Inn in nearby Alexandria, Virginia, where three “quick reaction force” teams waited to bring arms to the Capitol to support the insurrectionists, reported Politico.

“That Vallejo’s co-conspirators did not activate him on January 6 does not mitigate his dangerousness,” prosecutors say. “Vallejo traveled across the country and staged himself near the congressional proceedings ready to transport firearms and equipment into the nation’s capital. That is what makes him a danger. And there is no evidence that he has renounced violence or that he no longer believes in the necessity of guerilla warfare after January 6.”

The weapons ultimately weren’t needed because the Oath Keepers managed to break into the Capitol without them and halted the certification of Joe Biden’s election win, but prosecutors say the militia was prepared for a fight that lasted until Inauguration Day.

Vallejo allegedly tried but failed to launch a drone to conduct reconnaissance for the Oath Keepers, and Capitol police have recently released details about their efforts to protect the building from unauthorized drones.  Read more…