Home World U.S. insane if it imagines it can and should confront Russia over... 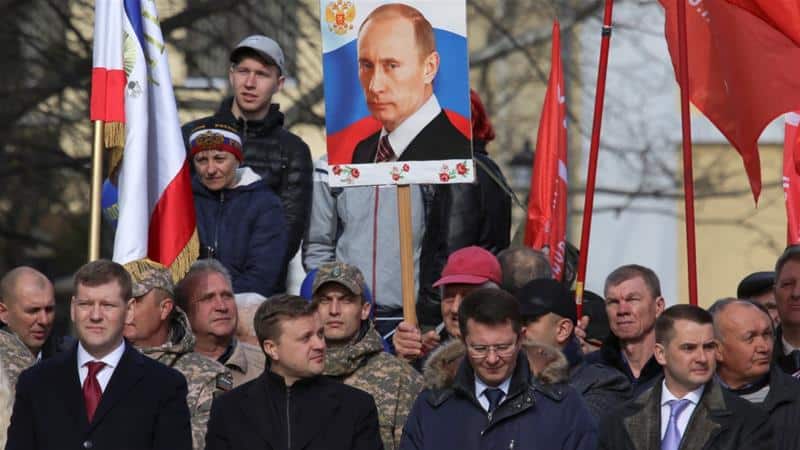 JEA: My dear friend Mark Dankof always has something to say. The following interview was conducted by the Tehran Times.

…Mark Dankof and the Tehran Times

Q: How do you see the Western media’s hype over the Russia-Ukraine dispute?

A: In my entire life, I have never seen the American and Western media selling a more diabolical package of lies than in this situation, with the literal survivability of the planet potentially at stake if a Third World War should ignite. The entire face-off over Ukraine is entirely due to the illegitimate and illegal overthrow of the duly elected government of that country by the United States and the European Union in February of 2014.

This coup d’etat with key players Obama, Biden, Hilary Clinton, and Victoria Nuland, was motivated by the desire of Western central banks to preempt a legitimate deal offered to Ukraine by Russia in both banking and trade. The other unmistakable motivation is the ongoing encirclement of Russia by NATO and the continued deployment of its naval forces, conventional troops, and missiles ever closer to the Russian homeland.

The situation in Crimea and the breakaway independent republics of Donetsk (DNR) and Luhansk (LHR) are entirely due to the events of February 2014 in Ukraine fully the responsibility of the United States and the EU. Crimea merely returned to its historic relationship with Russia by the overwhelming vote of its people, some 97% out of some 85% eligible voter turnouts. Crimeans obviously saw a return to Russia as far preferable to control by a puppet regime in Kiev installed by the covert actions of Western black operational intelligence agencies at the behest of central banks and the American military-industrial complex.

As for the talk of a Russian “invasion” of Crimea, the former’s military presence at Sevastopol with its Black Sea Fleet is the presence of long-standing. It had nothing to do with events after February of 2014.
It is essential for our readers around the world to understand that the leadership of the United States assured Mr. Gorbachev upon the dissolution of the former Soviet Union and the dismantling of the Berlin Wall that the American government and NATO would never take this as an opportunity to expand NATO and recruit ex-Warsaw Pact members to join NATO.

Do the mathematics: After 1991, 14 new members of NATO were added, most of them ex-Soviet Republics. Now we hear today from NATO Secretary-General Jens Stoltenberg that NATO has already decided to grant new memberships to Ukraine and Georgia. This would represent a new and dangerous tripwire as this move would cross a public Russian red line. The Russians will understandably not allow this latest provocation to stand without a response. Every indication is that a military move they would otherwise wish to avoid will be forced upon them.

Q: To what extent is the U.S. ready to confront Russia under the pretext of Ukraine?

A: The United States’ leadership is certifiably insane if it believes it can and should confront Russia using Ukraine as the pretext. Pat Buchanan and David Stockman both emphasize the truism that the United States has absolutely no compelling historic national security interest in that country, which is in the Russian backyard, not ours.

Even worse, the United States has no business continuing to recruit new members to NATO, and positioning American military assets and military exercises ever closer to Russian borders in Eastern Europe, the Baltics, the Black Sea, the southern underbelly of Russia, and the “Stans” countries. We must remember the understandable American reaction in October of 1962 to the placement of medium and intermediate range nuclear missiles in Cuba as a threat to the United States.

David Stockman also places in perspective the ridiculous notion that Russia is a national security threat to the United States and Western Europe as was the case during the salad days of the Soviet Union. He states that:

“In terms of manufacturing output, Russia’s annual manufacturing value added is currently (2020) about $197 billion, which amounts to just 8% of the $2.35 trillion figure for the U.S. economy.

“Basically, Russia’s economy cannot support a military establishment anywhere near to that of Imperial Washington. To wit, its $65 billion of military outlays in 2020 amounted to less than 32 days of Washington’s current $755 billion of expenditures for defense.

“Moreover, the canard that Washington’s massive conventional armada is needed to defend Europe is ludicrous nonsense. Europe can and should take care of its own security and relationship with its neighbor on the Eurasian continent. After all, the GDP of NATO Europe alone is $17 trillion or 11X greater than that of Russia, and the current military budgets of European NATO members total about $300 billion or 4.4X more than that of Russia.

“But more importantly, the European nations and people really do not have any quarrel with Putin’s Russia, nor is their security and safety threatened by the latter. All of the tensions that do exist and have come to a head since the illegal coup in Kiev in February 2014 were fomented by Imperial Washington and its European subalterns in the NATO machinery.” (Emphasis Dankof)

What the United States needs to consider in all of this lunacy is the fact that since World War II, the bloated American military establishment has not won a single war. The spectacle of the rout in Kabul in 2021 needs to be firmly in the mind of these “experts” who think that Russia, Iran, and China can be handled by military means in this context. The $32 trillion national budget and the most internally divided domestic populous since the American Civil War are additional factors to be figured in the calculations of these warmongers and war profiteers.

Lastly, the Russians, Iranians, and Chinese would fight with a national resolve not seen in the United States since the Japanese attack on Pearl Harbor, and would carry a global contest to the death to the American homeland itself. Are we up to that task? And for what national purpose? 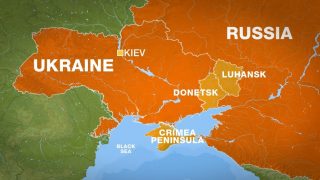 Q: Do you think NATO has been empowered since Biden took office?

A: Biden has clearly returned United States foreign policy to the malignant notion that the entire world must be remade by coercion in the image of a globalist, post-Christian West devoted to consumerism, sexual decadence, atheistic technocracy, the Zionist State of Israel, and the monolithic control and supremacy of the Petro-Dollar, central banks, and an American mainstream media and social media under the control of the agenda of its political elite. It would be unfair, however, not to tag the Republican “opposition” as full participants in this evil vision.

A Trinity of Russophobia-Iranophobia-and Chinaphobia and the inculcation of fear in the populations of the United States and Europe leading to possible international conflict seems to be the answer of politicians and national security demagogues who profit by these tragedies, even as they possess absolutely no solutions to the intractable problems of debt, cultural decadence, educational and infrastructure decline, the destruction of the family, the astronomical increase in crime, and the metastasis of incivility and trust in basic institutions of government specifically and society generally.

Q: How are the U.S. media outlets striving to show China and Russia as real threats?

A: The basic technique being employed by the media involves the Orwellian demonization of these countries and their leaders, accompanied by the rationalization of all kinds of crimes on the part of American political leadership by the insidious and constant subliminal reinforcement of the false ideology of “American Exceptionalism.”

Accompanied by the falsification of history, the endgame is a dangerously Manichean worldview which casts others as absolutely evil in motive and action, while seeing one’s own motives and actions as absolutely and inherently good.

I delivered a lecture to homeschooling parents and students in Texas, warning them of the deceptive and evil character of these notions at this stage in American and world history. Quite contrary to the ideology of “American Exceptionalism,” I argued that the American Empire has become intrinsically evil. Russia Insider and Russian Faith reprinted that lecture, which I hope the readers of the Tehran Times will avail themselves of. It is entitled, “Christian Martyrdom and the American Empire: Mark Dankof on the New World Order.”

Q: Many critics say Biden is continuing Trump policies. What is your comment?

A: I think the observation is a valid one. The problem is that American interventionists and militarists permeate the thinking and rhetoric of most of the leading members of both major political parties and their prospective Presidential candidates in 2024.

The bi-partisan Congressional support for the most bloated national security and intelligence budget in history underscores this, as do the sanctions regimens aimed at Russia, Iran, and China. And the rhetorical support for confronting Russia over Ukraine, attacking Iran at the behest of Israel, and potentially going to war with China over Taiwan should tell us that major tragedy for innocent people everywhere lies ahead.