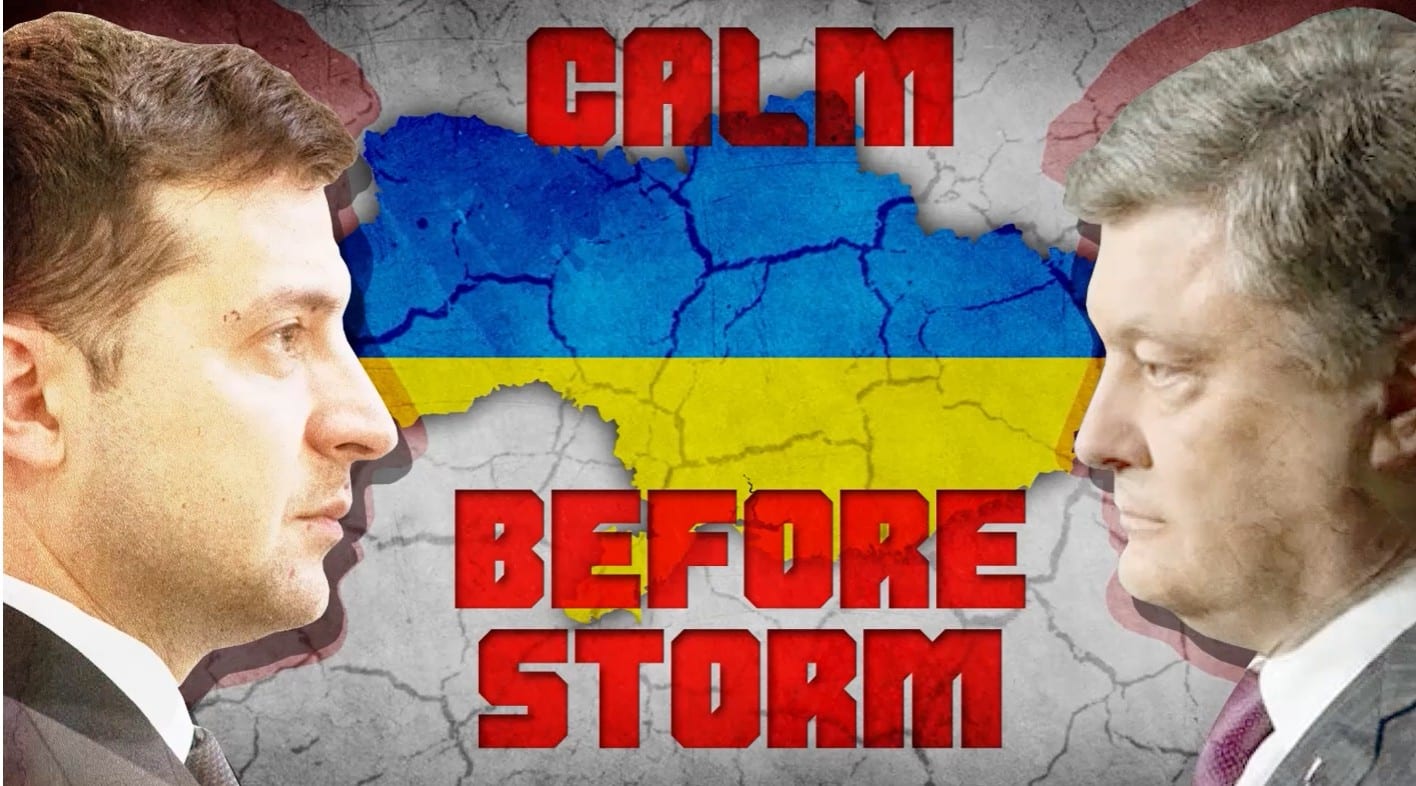 Editor’s note:  The FBI asserts that SouthFront is an organ of the Russian government

SF: On January 17, the ex-president of Ukraine, a well-known oligarch Petro Poroshenko, returned to the country. Poroshenko faced a criminal case opened under the articles ‘high treason’ and ‘assistance to the activities of terrorist organizations.’ In particular, it concerns the purchase of coal from the Donbas.

According to the investigation, the ex-president created a criminal group and disrupted coal supplies from South Africa in the fall of 2014. A month ago, the State Bureau of Investigation tried to serve a subpoena on the ex-president and summon him for questioning, but Poroshenko evaded receiving the document and immediately fled abroad.

He did not waste time. His team managed to mobilize ultranationalist forces and the masses dissatisfied with the policy of the current Ukrainian president, the former comedian Zelensky.

The ex-president was not detained before the election of a preventive measure at the airport upon his arrival, as required by law. The judge also refused to make a decision on the pre-trial restrictions on January 17 and postponed the hearing to January 19.

Meanwhile, President Zelensky’s approval rating is rapidly declining. Key members of the president’s office are resigning. The country suffers from a protracted economic crisis accompanied by a demographic catastrophe.

The main reasons are widespread corruption and the colonial-styled exploitation of the country’s economy by the Euro-Atlantists. In fact, Ukraine is under the external control of Washington and Brussels.

Today, the most important task for the West is to maintain the status quo in Ukraine. Both Poroshenko and Zelensky are completely controlled by Washington. At the same time, there are high risks of mass protests and even a coup due to the dissatisfaction with the policies of the current president.

Poroshenko is seen as a loyal figure who, in case of a crisis, will not allow any third parties to come to power and change the course of the country’s foreign policy.

The events in Ukraine are taking place amid the failure of the dialogue on strategic stability between Russia and NATO, as well as the extreme price volatility in the energy markets.

On January 17, the Permanent Representative of Russia to the OSCE announced the end of negotiations on security guarantees within the security organization due to their futility. In recent days, there have been reports that Moscow is consistently reducing its diplomatic corps in Ukraine. The Kremlin has also tightened its rhetoric, accusing NATO of preparing aggressive actions against Russia.

In turn, the president of Belarus Lukashenko, a Russia’s ally, claimed the buildup of Ukraine’s troops near the country’s borders. NATO keeps up similar accusations against Russia.

At the same time, there is a temporary lull in Donbass.

Only sporadic skirmishes with no use of heavy weapons are reported on the frontlines between the Armed Forces of Ukraine and the armed units of the Donetsk and Luhansk People’s Republics.

Earlier, the concentration of the UAF shock troops, including armored units, in the immediate vicinity of the contact line was confirmed. Volunteer nationalist battalions, consisting mainly of residents of the Ukraine’s western regions, arrived at the forefront. NATO has increased arms supplies to Kiev.

Following the Washington’s example, the head of the British Defense Ministry said that London will send anti-tank weapons to Ukraine. There are a large number of NATO instructors in the UAF ranks.

The constellation of events indicates that the parties consider the outbreak of another armed conflict in Eastern Europe as the most likely scenario in the near future.