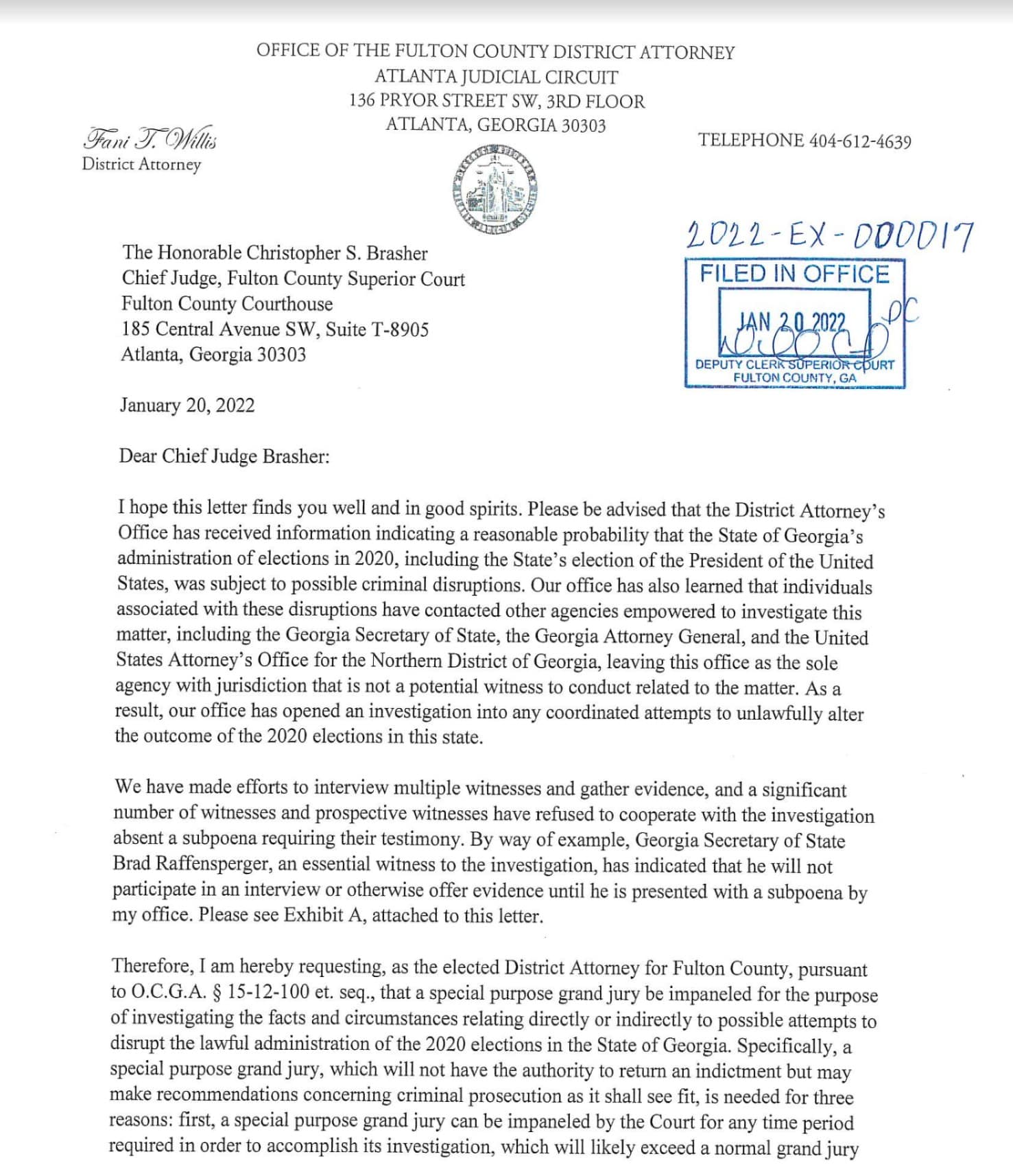 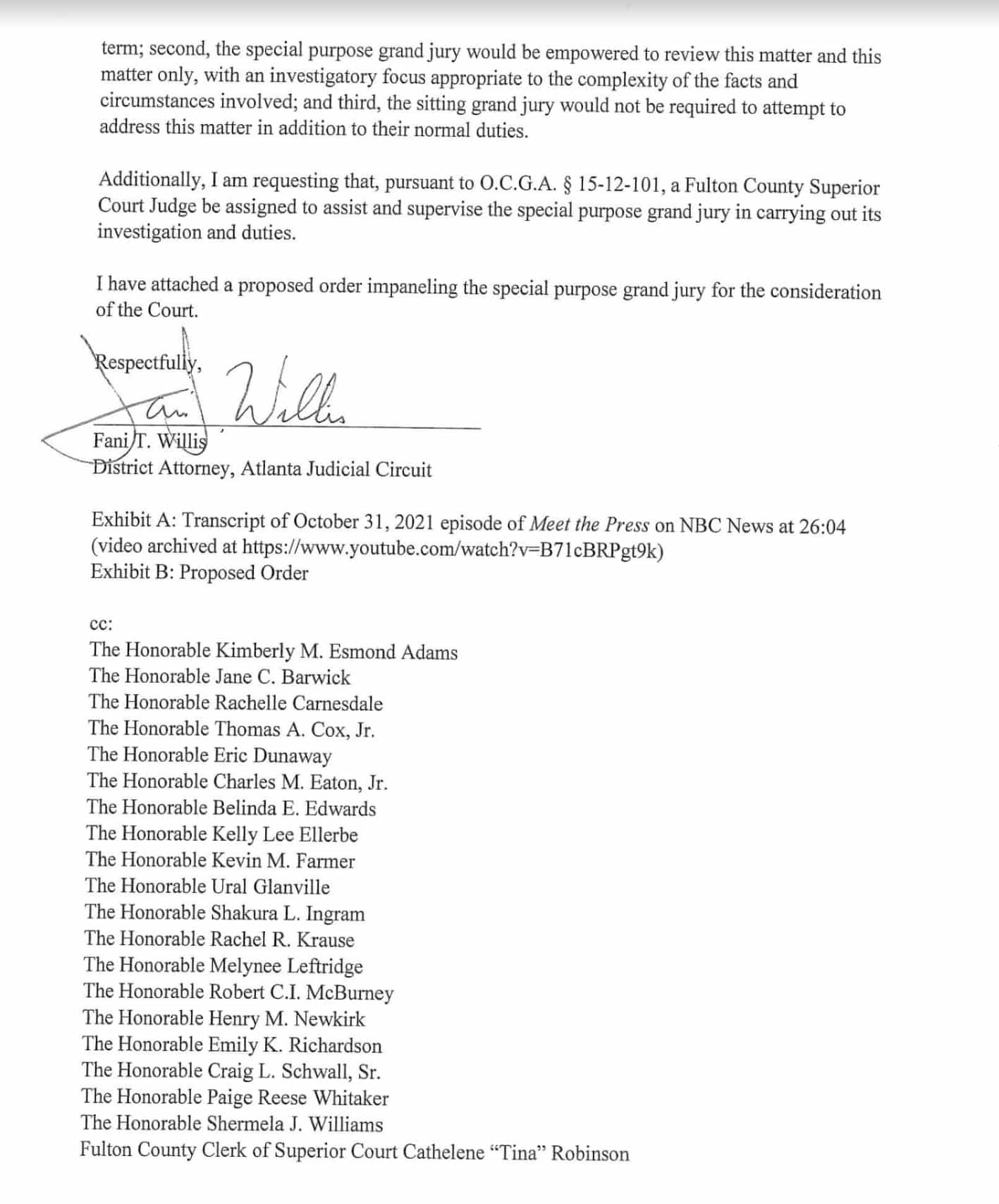 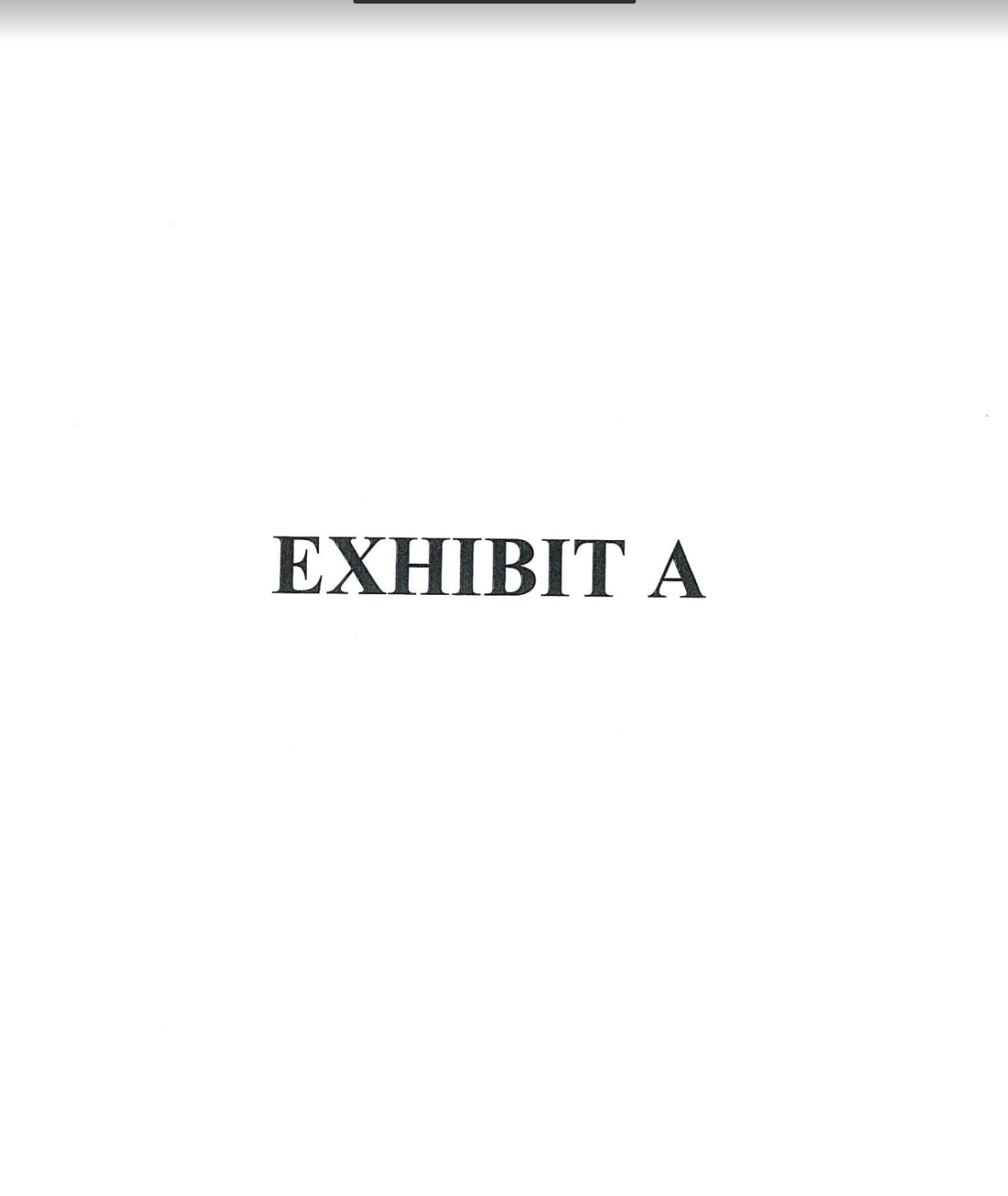 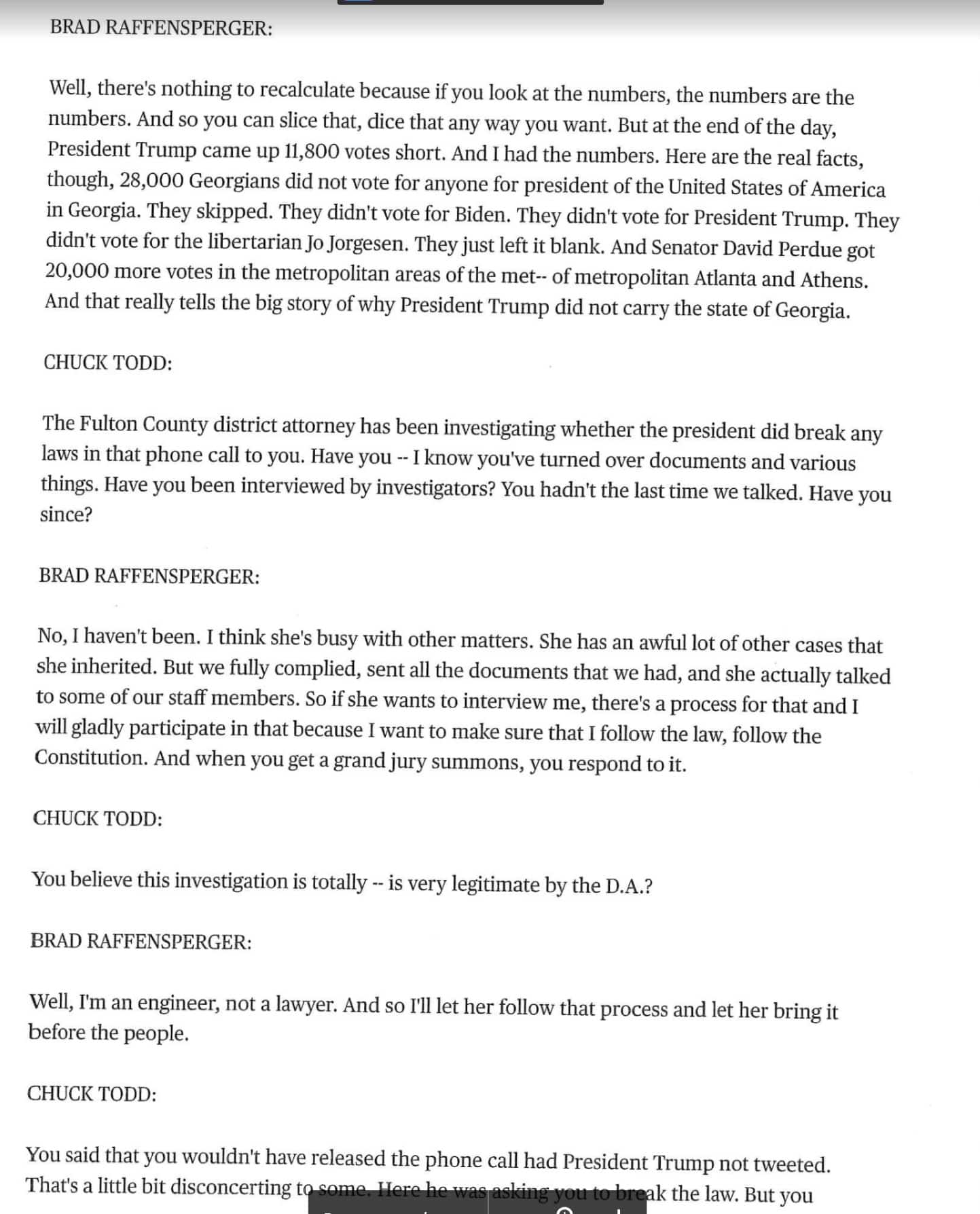 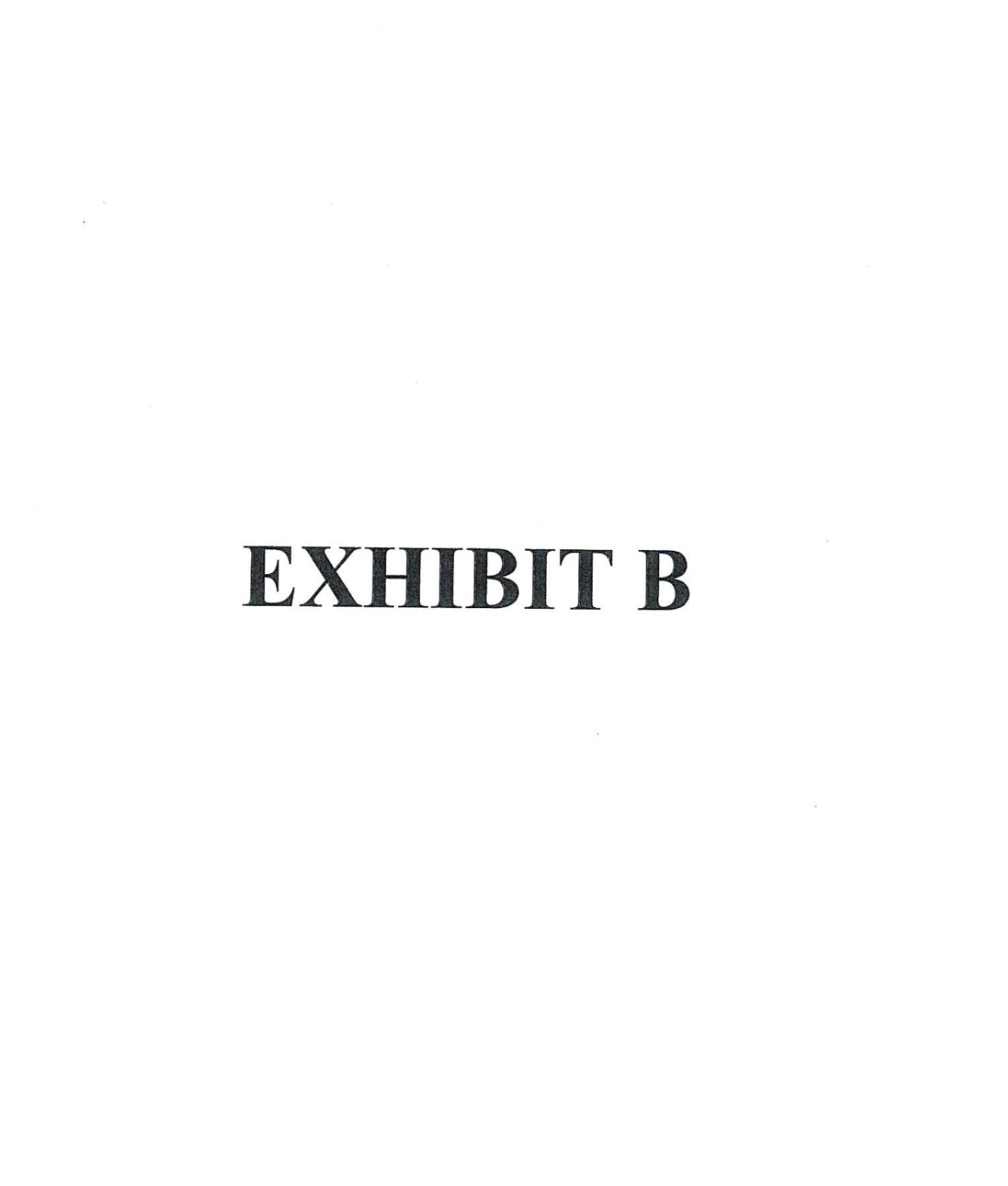 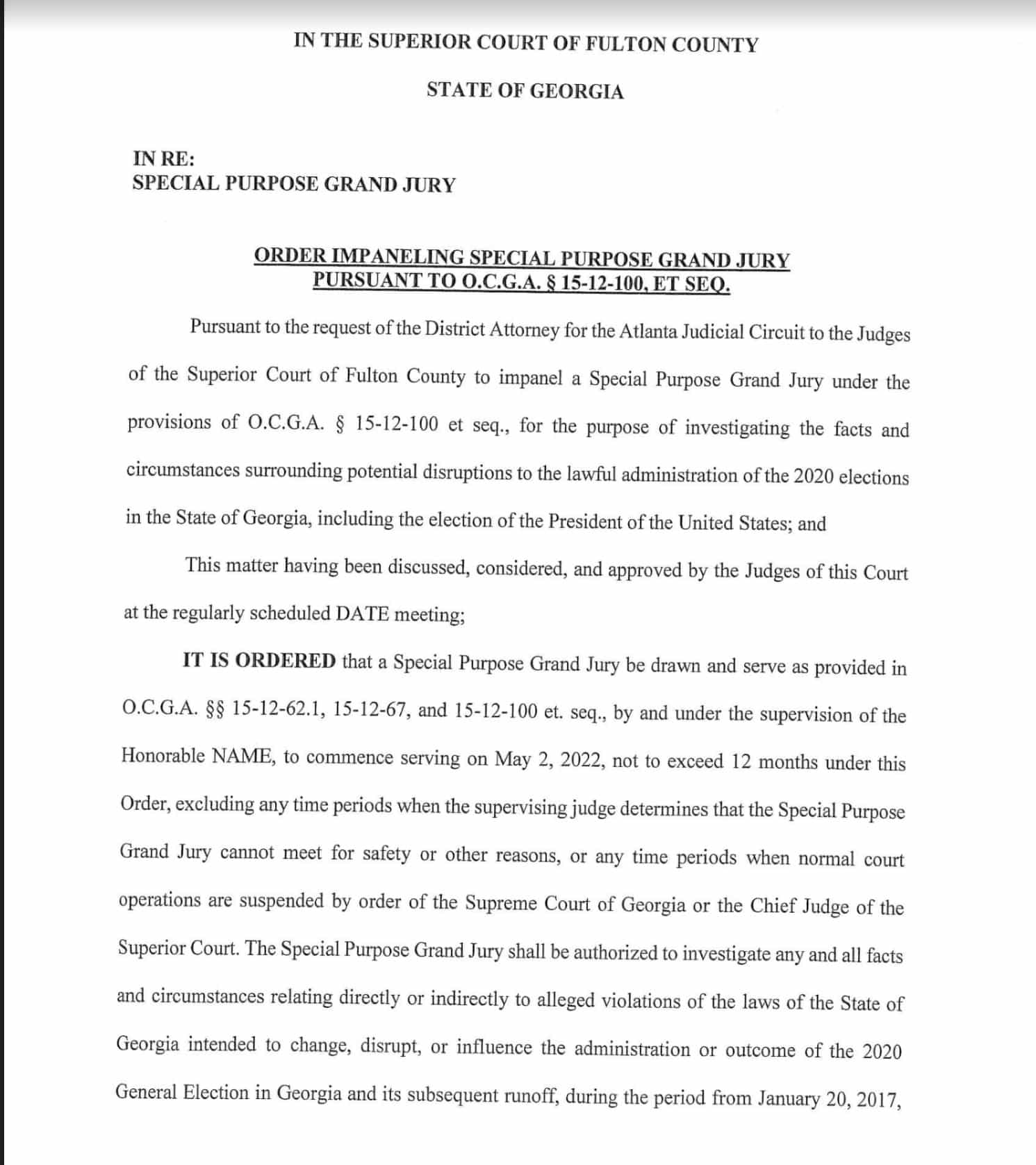 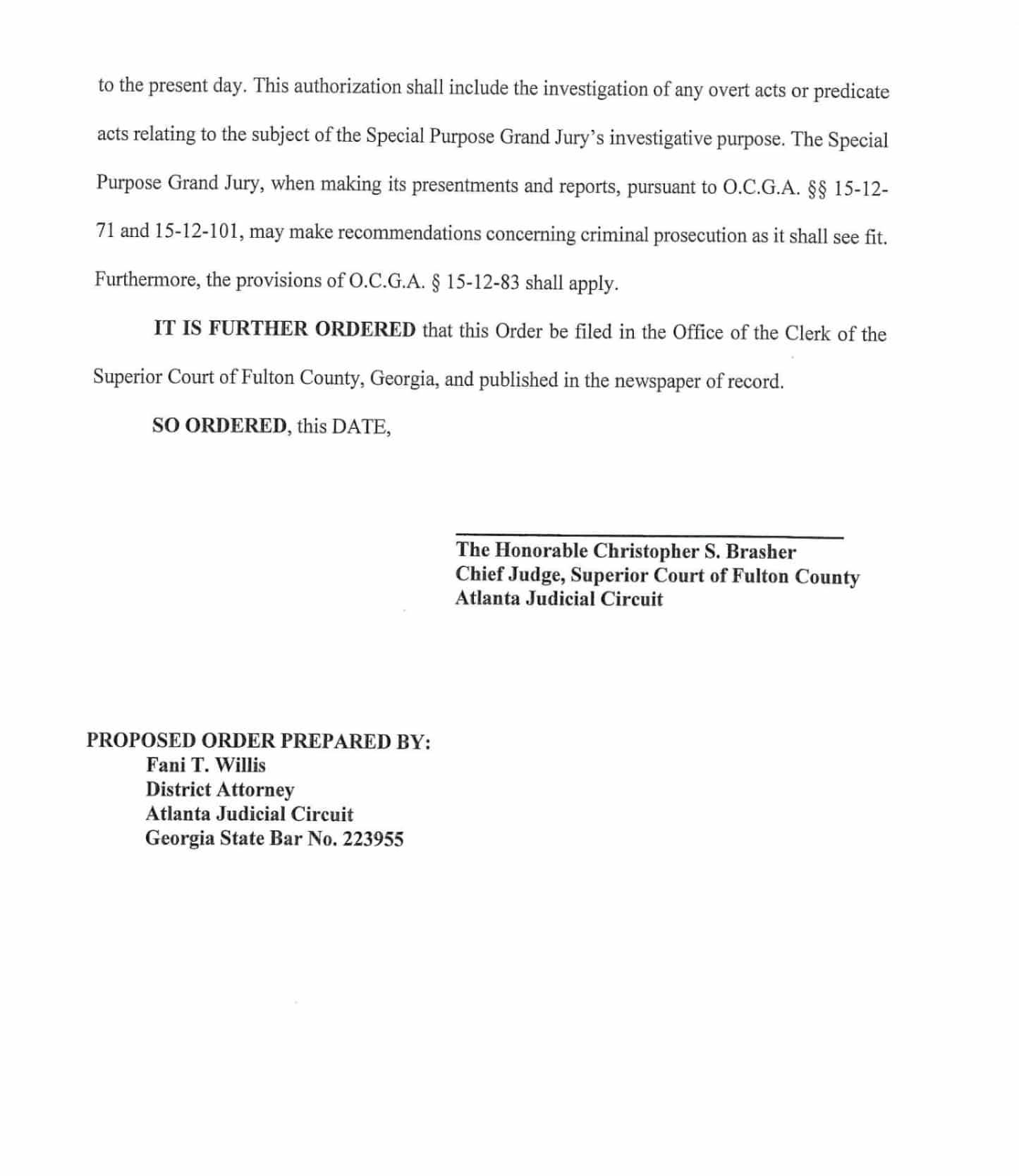 In a Thursday letter to Christopher S. Brasher, chief judge of Fulton County’s Superior Court, Willis said the move was needed because a “significant number of witnesses and prospective witnesses have refused to cooperate with the investigation absent a subpoena requiring their testimony.”

She cited comments Secretary of State Brad Raffensperger made during an October 2021 interview with NBC News’ Chuck Todd, in which he said “if she wants to interview me, there’s a process for that.”

So-called special purpose grand juries are rarely used in Georgia but could be a valuable tool for Willis as she takes the extraordinary step of investigating the conduct of a president while he was in office.

Her probe, launched in February, is centered on the Jan. 2 phone call Trump placed to Raffensperger, in which he urged the Republican to “find” the votes to reverse Joe Biden’s win in Georgia in November 2020. But it could also include other actions from Trump’s allies who sowed doubts about the election results, including testimony his attorney Rudy Giuliani gave at a state legislative hearing.

Willis previously indicated that her office was probing potential violations of Georgia law prohibiting criminal solicitation to commit election fraud, intentional interference with the performance of election duties, conspiracy and racketeering, among others.

In her letter to Brasher, Willis said the DA’s office “has received information indicating a reasonable probability that the State of Georgia’s administration of elections in 2020, including the State’s election of the President of the United States, was subject to possible criminal disruptions.”  Read more…