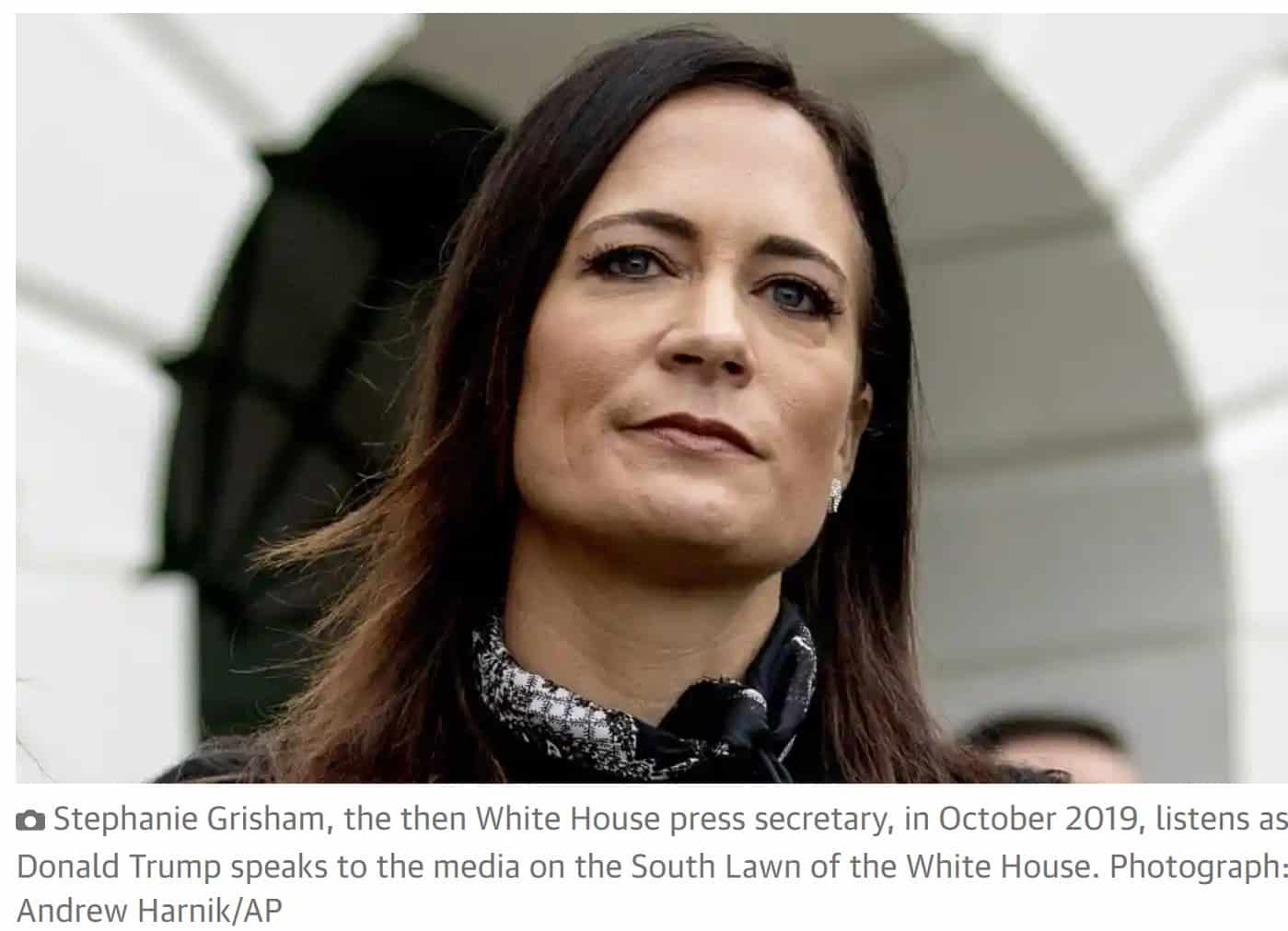 The Guardian previously reported that Trump made several phone calls from the Yellow Oval Room and elsewhere in the White House residence to lieutenants at the Willard hotel in Washington the night before the Capitol attack, telling them to stop Joe Biden’s certification.

The former senior Trump aide also told House investigators that the details of whether Trump actually intended to march to the Capitol after his speech at the Ellipse rally would be memorialized in documents provided to the US Secret Service, the sources said.

The select committee’s interview with Grisham, who was Melania Trump’s chief of staff when she resigned on 6 January, was more significant than expected, the sources said, giving the panel new details about the Trump White House and what the former US president was doing before the Capitol attack.

Grisham gave House investigators an overview of the chaotic final weeks in the Trump White House in the days leading up to the Capitol attack, recalling how the former president held off-the-books meetings in the White House residence, the sources said.

The secret meetings were apparently known by only a small number of aides, the sources said. Grisham recounted that they were mostly scheduled by Trump’s chief of staff, Mark Meadows, and that the former chief usher, Timothy Harleth, would wave participants upstairs, the sources said.  Read more…(always free)